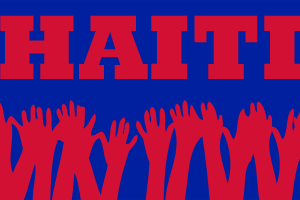 It seems obvious: When a huge earthquake strikes an impoverished nation, donating money and supplies can alleviate misery and save lives. But some critics posit that aid fosters dependence and institutional incapacity, can lead to corruption, and rarely pulls a nation out of poverty. “The aid curse is on par or worse than the resource curse,” says foreign policy expert Thomas P.M. Barnett, claiming that post-quake aid to Haiti will result in “the government just that much more infantilized—and thus that much less resilient”; aid “is a killer of human spirit even as it deeply gratifies that of the givers.” Below, we weigh the pros and cons of various types of aid.

Should you give aid to Haiti’s government?

The quake devastated Haiti’s government, destroying 28 of 29 ministry buildings and killing many key officials. But Haitians don’t trust their leaders to use donated money for the populace’s good, and with good reason, says Gerald Murray, an anthropology professor at the University of Florida. While typically “it’s better to work with a country’s government than not,” he says, grants “that have gone to the Haitian government since the late 1940s have inevitably failed.”

Or donate to NGOs?

Though relief groups are more reliable than the Haitian government, and overhead is usually less than 15 percent (check GuideStar to be sure), NGOs sometimes route some of the money raised in the wake of high-profile disasters to other causes. That’s not a bad thing, but it is worth noting that decades of aid distributed via thousands of NGOs in Haiti have not produced systemic or centralized progress.

Is it better to donate to NGOs focused on delivering aid to Port-au-Prince?

While the capital has the greatest concentration of need, and existing aid networks can make aid distribution easier, PAP’s population density is part of the reason the earthquake was so devastating and is now so hard to clean up. Concentrating aid in the capital could draw in still more people from outlying areas, further crowding and destabilizing the city.

Just two months after the quake, President René Préval asked (PDF) the United States to halt food aid because it hampers local economies, production, and self-sufficiency. Haiti’s agricultural sector had already been devastated by a Clinton-era free-trade policy implemented to benefit American farmers. As a result, Haiti, which had imported 19 percent of its food, came to import 51 percent by the time the quake struck. In April, Bill Clinton apologized for the “devil’s bargain.”

What about building schools?

Yes! Studies of microloan programs have found that compared to loans made to men, loans made to women result in twice as much family income and increase child survival twentyfold. Plus women tend to pay back their loans more quickly and completely than men do. But little infrastructure for delivering this kind of aid exists in Haiti, and the programs require a lot of complicated setup and follow-up.

Much-needed jobs, and income, for doing much-needed work, like clearing rubble or building roads, are good for communities. But citizens and governments can become dependent on aid groups for job-creation and infrastructure.

Due to the growing population’s demand for firewood and farmland, less than 2 percent of Haiti is currently forested. As a result, each year some 15,000 acres of soil are lost to erosion that damages roads, dams, and marine life and has drastically reduced the productivity of Haitian agriculture. The problem with this long-term development strategy—popular with aid groups—is that it has little impact on immediate post-quake needs.

I’m lactating. Can I help?

Two weeks after the quake, the Human Milk Banking Association of North America managed to get 140 three-ounce bottles of breast milk to Haiti to provide food for some infants whose mothers died or stopped lactating. True, breast is best, and when camps are afflicted with cholera, there’s no doubt that using formula for infants poses great risks. Indian villages that received powdered formula after the 2004 tsunami suffered three times as much infant diarrhea. That said, shipping this very perishable product—which requires pasteurizing, freezing, dry ice, charter flights, and even helicopters, as well as electricity and freezer space to store, once it’s arrived—is expensive and impractical. Those 140 bottles? That’s enough to feed four kids for about five days.