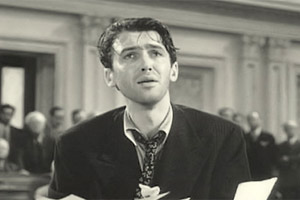 All 53 Senate Democrats have endorsed some level of filibuster reform—but will they actually make it happen? The push to overhaul this procedural tactic, which has allowed the minority to block debate on a number of legislative issues, is the top item on the table heading into a two-week break for senators, and prospects of passing it are unclear. The outcome hinges largely on whether Senate Democrats are willing to go it alone in the absence of an agreement with the Republican leadership.

“The key to us succeeding in this is going to be a point when our leadership says they’re on board and they’re ready to take us into battle,” says Jeff Merkley (D-Ore.), one of the three cosponsors of a reform package released last Wednesday. That will be the test over the next few weeks, as Majority Leader Harry Reid huddles with Mitch McConnell to see if a deal can be brokered. Merkley and the other senators behind the reform package are also trying to muster public support over the recess this week and next, though Oregon’s junior senator says he believes the Democrats already have the backing of most Americans. “When I raised this topic back home, the reaction was stronger than on any given policy issue,” he notes. “The citizens are way ahead of the Senate in understanding the dysfunction in this institution.”

Their package has five basic components. It would eliminate the filibuster on motions to proceed, do away with secret holds, guarantee consideration of amendments from both the majority and the minority, cut down on the time spent debating nominations, and reinstate the talking filibuster. (Kevin Drum has more on the package and his thoughts on whether they changes will likely be effective.)

Some have criticized the proposed rule changes as more of a protest than a real overhaul of the filibuster (see: Drum, Ezra Klein). But Merkley argues that even just the provision on reinstating the talking filibuster—the kind you saw in Mr. Smith Goes to Washington—would be enough to discourage trivial blockades to passing legislation. Organizing senators to hold the floor and talk for hours on end requires much more work than simply getting 40 of them to vote against proceeding to debate, he says. It also creates much more of a public spectacle.

“You have a process right now were there’s absolutely frivolous obstruction because there’s no accountability to the public and no energy to expend,” Merkley says. “When you have to both spend a lot of time and energy and recruit allies and be accountable to the public, that changes the dynamic enormously.”

For a taste of what an actual filibuster is like, recall last month’s 8-hour talkathon from Vermont Independent Bernie Sanders. The senators’ point with reinstating the talking filibuster is that it would take a lot more effort to undertake than simply announcing that they plan to filibuster the bill and calling it a day, which is the situation currently. The senators opposed to passing the bill would have to keep debate on it going for as long as it’s the business before the Senate, which could take days.

While every Senate Democrat has embraced some type of reform, only 26 have signed on as backers of the package from Sens. Tom Udall (D-N.M.), Tom Harkin (D-Iowa), and Merkley. The Oregon senator says the trio intends to spend the coming weeks working to bring others on board. (A vote on the rules change is supposed to be held on the first day of a new Congress, but because the Senate is a bizarre and mysterious institution, they are allowed to extend the first day for days or even weeks. Now the vote on the rules is expected on January 25.)

There’s some debate about how many votes should be needed to change the rules. Democrats argue that the rules can be changed by a simple majority on this first day of the Senate, which does have some historical precedent. But Republicans will argue that a two-thirds majority, or 67 votes, is needed to change the rules. It will be up to Vice President Joe Biden, in his role as president of the Senate, to determine the appropriate procedure.

Republicans definitely don’t like the idea of neutering the fillibuster, with McConnell calling it a “power grab” in a Washington Post op-ed last week. Of course, GOPers have relied on this tacitic to throw up road blocks to a number of Democratic bills since the chamber changed hands in 2007. While invoking the filibuster was relatively uncommon prior to 1970, use of the the tactic has become ubiquitious in recent years. Reid has indicated that he could be willing to “do something on our own” if Republicans don’t work with them. But some Democrats have expressed concern that pushing the change through with a simple majority might set a bad precedent—and invite future retribution if Democrats lose control of the Senate.

Merkley argues that fear of GOP vengeance on the rules shouldn’t be the deciding factor, since Republicans could simply change the rules back tshould they retake the majority. Moreover, he argues that the rules he and his colleagues ahve set forward benefit both parties—and their package is centered on changes that most Democrats would support even as the minority, he adds.

The filibuster has been a thorn in the side of the majority (whichever party holds it) for some time. When Republicans controlled the Senate, Democratic filibusters of judicial nominees were similarly maligned. But Merkley says the changes should appease both parties, particularly given the inclusion of the requirement that both sides be allowed to offer germane amendments to legislation. Reid has increasingly used to the tactic of “filling the tree” on legislation, in which the majority leader effectively blocks any opportunity to introduce amendments, which has only deepened partisan bickering. Merkley notes that the use of this maneuver—ostensibly to prevent any further obstruction from the minority—hurts Democrats as well, who then can’t offer amendments, either. “All 100 senators benefit from an opportunity to amend,” he says.

“Developing fair rules, fair for the majority and the minority to facilitate debate, is really the best inoculation against abuse in the future,” he adds.

(For more from Merkley on the proposed reforms, see his floor speech last Thursday.)