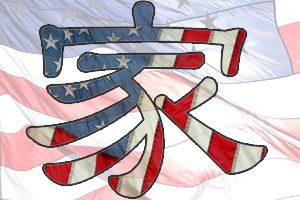 Mother Jones’ guest blogger Angilee Shah is a Los Angeles-based freelance journalist who writes about globalization and politics. You can read more of her work at www.angileeshah.com.

Korematsu’s story is an instructive one for civil rights advocates.

During World War II, fear loomed in the lives of Japanese-Americans. The United States government moved more than 100,000 Japanese-Americans and immigrants from the Pacific coast to internment camps inland. Korematsu, who refused to go, was arrested and convicted for his defiance. His conviction was upheld by the Supreme Court in 1944. Although the exclusion order was rescinded in 1945, it wasn’t until the 1980s, when Korematsu reopened his case, that the courts overturned his conviction. In 1988, the United States declared Japanese American internment unjust and paid retribution to its victims and their heirs. Until his death in 2005, Korematsu himself advocated on behalf of prisoners held in Guantánamo Bay and Middle-Eastern Americans persecuted after 9/11.

Retired California judge Lillian Lim, widely considered the first female Filipino-American judge in the US, recalls the impact Korematsu’s story had on her in law school. “It shows the vulnerability of people who are in minority communities,” she remembers. “But it also shows how people can win vindication—even if it takes forty years.” Legal rights advocate Karin Wang says that much of the Asian-American activism that began in the 70s and 80s was built on the Korematsu experience and spurred by traumatic events. The brutal 1982 murder of a Chinese-American by two Detroit auto workers in 1982 led to the creation of the Asian Pacific American Legal Center where Wang serves as vice president of programs. Four years ago, after entering semi-retirement, Lim began a campaign to teach more people about Korematsu’s journey.

Last year, CA Gov. Arnold Schwarzenegger declared January 30 to be Fred Korematsu Day. The holiday is widely considered to be the first time American public schools anywhere will officially commemorate an Asian-American icon. For civil rights activists, the recognition is a reminder to continue engaging in politics.

A less reactionary type of political engagement is hard won, however. Janelle Wong, associate professor of Political Science at the University of Southern California, says that Asian Americans vote at the lowest rates of any minority groups in the United States.

“The biggest challenge for Asian-American voting is meeting the eligibility requirements of becoming citizens and becoming registered,” Wong says. Almost 80 percent of Asian-American adults are immigrants and many live in Democratic states, giving political parties little incentive to calibrate their campaigns and registration drives. A diversity of cultures and languages also makes it challenging to engage politically with Asian-American communities.

But Wong argues that ignoring these communities is a short-sighted strategy. 2007 Census data shows that 14.9 million Americans now identify as Asian or partly Asian—a 25 percent increase from 2000. At this rate of growth, Asian Americans will make up 10 percent of the US population by 2060, according to projections by the 2008 National Asian American Survey. The 2008 survey also shows that the Asian-American vote is up for grabs; more than 50 percent are nonpartisan and identify with neither Democrats nor Republicans.

“Parties work to win the next election, but it might be wiser to lay the ground work,” Wong says. “They should go after even non-citizens now to build long-term engagement.”

Lim concurs. “The next big thing is when it’s not a big thing that we have an Asian-American as a governor or a US Senator. I don’t doubt that one day we’ll have a president who is Asian-American.”