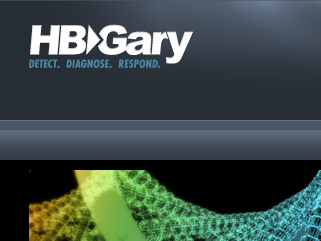 In recent days, the release of thousands of emails hacked from the server of an online security company has revealed a plan to entrap and discredit prominent foes of the US Chamber of Commerce. I give more background here, and ThinkProgress has details on specific union groups, bloggers, and activists  targeted by the security company, HBGary Federal, and its executive, Aaron Barr.

While the Chamber on Friday denied any knowlege of the entrapment plan or any other “questionable actions,” emails that I’ve perused suggest that the Chamber clearly was involved on some level in a scheme to investigate and discredit its opponents. According to the emails, the Chamber’s law firm was looking for groups that could help it prove—or at least hint at—a liberal conspiracy against the Chamber.

Chamber law firm Hunton & Williams wanted to hire digital sleuths that could demonstrate that the business group’s opponents had been working as a “single entity instead of a true ‘grasroots’ campaign.” That phrase and others suggest that the Chamber’s ultimate goal was to openly accuse its foes of a left-wing form of astroturfing.

HBGary Federal and two other IT security firms, Palantir, and Berico Technologies, were working on a presentation scheduled to take place at the Chamber this upcoming Monday. In the meeting they planned to pitch their services as a “Corporate Information Recoinassance Cell.” The cell would supposedly collect online information on the Chamber’s foes from social networking sites and other sources and organize it to demonstrate previously hidden relationships.

A client of theirs is  targeted by some other entity, specifically a labor union, that is trying to extract some kind of concession or favorable outcome.
They suspect that this entity is running a public campaign against their client by coordinating the actions of hundreds of seemingly separate entities to create a negative public impression of the client. The ultimate goal would be to extract the concession under duress – essentially extortion in their view. They haven’t told us the name or nature of the client, so I can only guess at what this means, but you can imagine for instance an environmental campaign targeted at an oil company as a notional example.
They seek to understand the true nature of the campaign and its command and control structure in order to expose the fact that the client is dealing with a single entity rather than a true “grassroots”campaign.
They further suspect that most of the actions and coordination take place through online means – forums, blogs, message boards, social networking, and other parts of the “deep web.” But they want to marry those online, “cyber” sources with traditional open source data, tax records, fundraising records, donation records, letters of incorporation, etc. I believe they want to trace all the way from board structure down to the individuals carrying out actions.

Other emails indicated that the Chamber is already familiar with the security firms and the nature of their proposal. On November 16th, for example, Barr suggests in an email to Berico that his company had spoken “directly” to the Chamber despite the lack of a signed contract. A February 3rd email from Berico’s Pat Ryan refers to a presentation that had “sold the Chamber to begin with.” The presentation, known as the “Iranian shipping demo,” describes a past investigation conducted by Berico that employed some of the same techniques outlined in the Chamber proposal.

The scheme to paint the Chamber as a victim of a consipiracy has roots in its longstanding complaints about liberal attacks. In late 2009, a Chamber spokesman claimed to have uncovered a “predictable pattern” of collusion between its foes and the media, including Mother Jones. Here’s his quote, as reprinted at the time in our blog:

“An advocacy group such as the Yes Men or Velvet Revolution, SEIU, Center for American Progress, the NRDC. . .will post something of dubious accuracy,” said Chamber flak Thomas J. Collamore, speaking yesterday at a forum of conservative bloggers hosted by the Heritage Foundation. “And then Huffington Post or Mother Jones will pick it up and treat it as a fact. And then more mainstream sources such as MSNBC or the Washington Post will treat it as a real story and follow up with us.”

“The Chamber isn’t blinking,” he added. “We’re trying to stay on the high road.”

As I noted at the time, Mother Jones‘ investigations of the Chamber have always been based on careful reporting and fact-checking—not talking points from advocacy groups. The Chamber’s law firm, on the other hand, seems to have started with a set of talking points and then gone about trying to support them by courting an ethically compromised group of private “security experts.” In one email, Aaron Barr floats the possibility of cracking the Facebook pages of Chamber foes by posing as friends of theirs from high school. All of this looks a lot more like the makings of a smear campaign than solid research.

For awhile, Barr was apparently feeling deeply guilty about his work. “My adversaries are people advocating freespeech and workers,” he told a friend. “I am becoming a Republican. . .echhhh. . .I need to find a rope.” But after a bit more back and forth with the friend, he rationalized his concerns away: “Nothing wrong with it,” he figured, because “the unions started with a good idea but then got corrupted because power does that to everyone.”