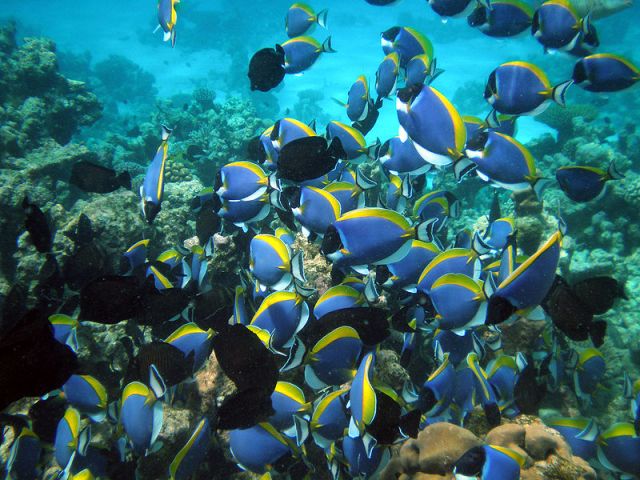 How can so many—fill in the blank—fish, birds, grasshoppers move as one, often at lightning-fast speed, without killing most members in the process? How can they manage to get anything done in the midst of what seems to be barely-controlled chaos? 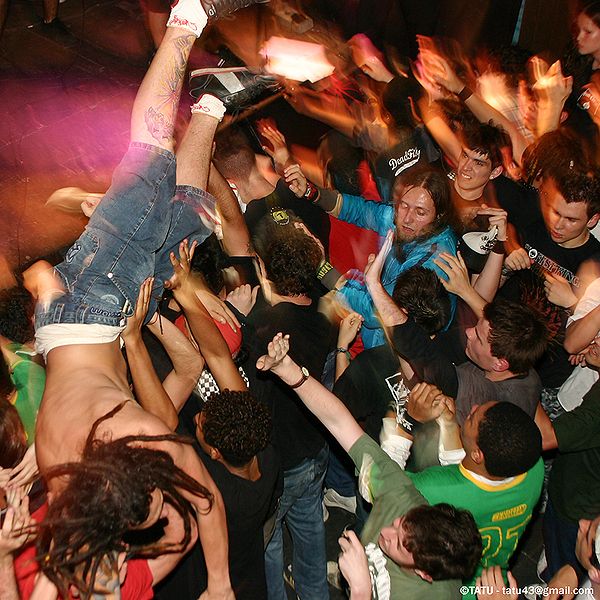 Photo by Dead Fish, courtesy Wikimedia Commons.
First up: In common parlance, shoaling and schooling are interchangeable. Technically, though, shoaling is defined as fish hanging out in groups for social reasons—for predator detection, for better foraging, for mate selection, and/or for enhanced hydrodynamics. Shoaling fish stick close to each other but don’t attempt to move as one organism. You can see shoaling surgeonfish in the top photo.
Schooling is when fish—often fish already grouped in a shoal—reorient in order to swim together in a coordinated manner. The silver moonies in the photo below have reoriented into a school… something usually done in response to a threat. 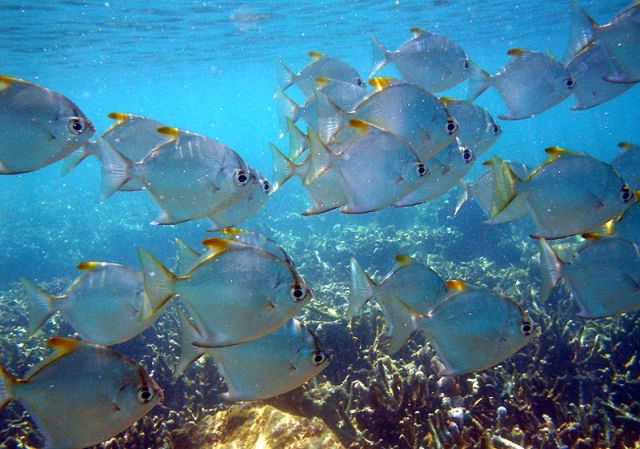 So, what’s better, a small school or a big school? The many eyes theory predicts that predators will be detected faster by larger groups, and that all group members—not just the first detector—will enjoy a higher probability of escape as news of the predator is transmitted across the group.

Now a new paper in PNAS shows that bigger schools not only make faster decisions, they also make more accurate decisions. From the abstract:

Here we show that both speed and accuracy of decision making increase with group size in fish shoals under predation threat. We examined two plausible mechanisms for this improvement: first, that groups are guided by a small proportion of high-quality decision makers and, second, that group members use self-organized division of vigilance.

The researchers investigated the two possible mechanisms by working with captive mosquito?sh (Gambusia holbrooki) in a Y-shaped maze. They filmed groups of 1, 2, 4, 8, and 16 fish swimming through the “approach zone” and towards the “decision zone” just before the Y split.

A replica predator, measuring 12 cm in length, was allocated to one of the arms of the Y-maze at random and suspended in midwater using fine mono?lament line. In pilot trials, the fish showed a strong aversive response to the predator once they detected it. 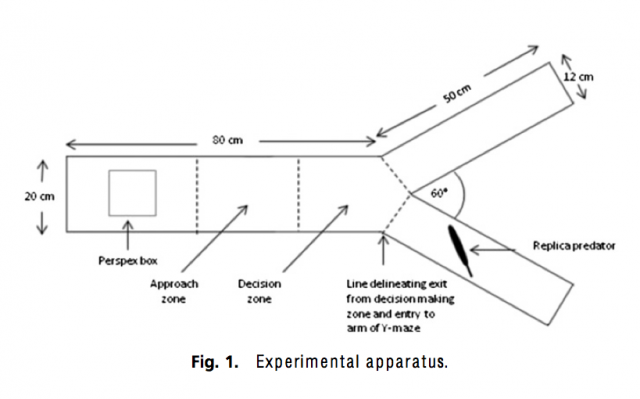 Fish expressed uncertainty about which way to swim at the Y split by slowing down and turning more often. The researchers measured this as “path tortuosity” (the ratio of the path taken to the straight line distance of the route) for each group size.

Results indicated that leader fish—those  in the front of the school—were not more accurate decision-makers than follower fish—those in the rear. In other words, the group was not benefiting from the presence of super-vigilant individuals… suggesting that the second option—self-organized vigilance—was the mechanism allowing for increased speed and accuracy in group decision making:

We propose that the many eyes response is facilitated by a form of self-organized vigilance, whereby information acquired by one individual is transmitted by positive feedback and communicated across the group.

Although there may be some debate about what mechanisms allow such accurate and fast decision making in groups, it is clear that our results are not consistent with the game-theoretic reasoning often applied when thinking about predator avoidance situations. For example, there is no evidence of individuals in larger groups slowing down to force another group member to take the risk of inspecting the two options. On the contrary, the ef?ciency of the ?sh shoal’s many eyes suggests a high degree of cooperation in detection and avoidance of predators.

100,000 starlings fill the skies in Poole – 1 Minute: a Vimeo Project from Mark Rigler on Vimeo.