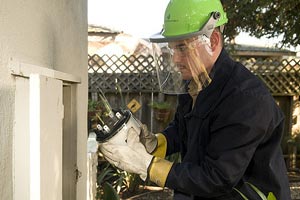 When I posted on smart meters a few weeks back I expected some amount of hoopla in the comments section, and gosh was I right! The triple whammy of radiation, privacy, and utility shenanigans really got everyone going. While some extra eager folks chose to address me in all caps on my personal email and Facebook accounts, most readers kept the comments civil and raised some interesting questions, a few of which I’ll attempt to answer (or at least shed some light on) here.

1. Will smart meters result in the laying off of meter readers?

Possibly, though the California Public Utilities Commission (CPUC) says that California’s utilities have largely been able to avoid layoffs. About 80 percent of PG&E’s former meter readers are now working in other positions at the utility, and most of the remaining 20 percent either chose to retire or took the buyouts that the company offered, says PG&E spokesman Paul Moreno.

2. Won’t smart meters make it easier for utilities to turn off poor people’s electricity? And without a meter reader, how will the utilities know about extenuating circumstances, such as an elderly person on oxygen?

Even with conventional meters utilities can turn customers’ power off remotely, says CPUC spokesman Christopher Chow. That feature isn’t unique to smart meters. I haven’t been able to find any data on how often it actually happens, though Chow notes that “turning off a consumer’s electricity is the last step in a utility’s process to obtain payment.” Moreover, meter readers are not social workers. Often they read the meters without ever interacting with the customers inside the house, so they’re not really in the best position to assess individual customers’ needs.

3. I heard that the smart meter rollout in Boulder, Colorado, totally busted the budget. Is it possible that this technology is just too expensive?

The cost of installing smart meters has caused a lot of hand-wringing among consumer groups; it’s one of the chief concerns raised in a recent white paper released (PDF) by the AARP, Public Citizen, Consumers Union, and National Public Law Center.

Earth2Tech has a good explanation of what happened in Boulder: Basically, the rollout ended up costing much more than the utilities anticipated, largely because of the high cost of laying fiber optic cables used to connect the meters. Granted, Boulder planners should have anticipated this expensive snag. (There are much cheaper ways to connect smart meters.)

Although CPUC’s Chow says his agency has cost caps on projects (that’s a good thing), new technology ain’t free, any way you slice it. But Dick DeBlasio, the National Renewable Energy Laboratory‘s chief engineer for renewable electricity, points out that replacing our aging analog meters is ultimately a good investment. “These are essentially upgrades, and it’s a good time to be replacing old meter technology anyway,” he says. “We’re talking about the reliability of the grid here. You can’t cut corners.”

4. All of a sudden I have a smart meter, and my utility never told me anything about it. What gives?

As I mentioned in my last post, an independent investigation into PG&E’s smart meter installation in California’s Central Valley concluded that the meters were accurate, but the utility had done a lousy job of communicating with customers about the new technology. PG&E and CPUC are both working on consumer education around the meters, but this PR problem could have already had a chilling effect: If people in other communities hear about California’s smart meter headache, they’ll likely balk at the idea of smart meters in their own communities. And if appliance manufacturers sense a lack of public enthusiasm about the meters, they might not invest in making, say, a new dishwasher that can communicate with a household smart meter.

Which gets at a larger problem: the energy industry’s cold feet about getting the smart grid going. As Jay Tankersley, a consultant for the energy think tank Rocky Mountain Institute, puts it, “Historically in the electricity industry no one wants to be a leader. Everyone wants to be the second mover. There is no real reward for being an innovator…so you have this chicken and egg problem.”

One final point: Both Tankersley and DeBlasio stressed the distinction between smart meters and a smart grid. Meters are just one small piece of the transition; they’re not the final product, and they won’t reduce our energy consumption or get us more renewable energy on their own. What’s frustrating is that the meters won’t really fulfill their potential till other pieces of the grid (everything from power plants to substations to appliances) get smarter, too, hence the chicken-and-egg problem Tankersley refers to.

This isn’t the kind of thing that will go off without a hitch. With any luck, utilities and planners will learn from mistakes like PG&E’s communications goof and Boulder’s budget buster, but the move to a cleaner grid requires patience—and maybe even a leap of faith—on the part of consumers, too. Not saying that you shouldn’t continue to ask questions about smart meters (au contraire! I’m all for asking utilities tough questions!), just that it might be worth dealing with some immediate hassle for the long-term payoff of a cleaner grid.