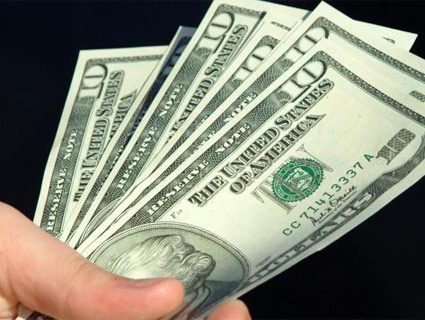 In “Secrets of the Tax Prep Business,” Gary Rivlin investigates one of the tax industry’s most exploitative services: the refund anticipation loan. Rivlin explains how RALs—short-term, high-interest loans backed by a customer’s pending tax refund—are largely responsible for the rapid proliferation of tax-prep chains throughout working-class America. By disguising the high-priced loans as instant refunds, the tax mills bring in hordes of low-income clients who receive the Earned Income Tax Credit (EITC). Thus the preparers’ huge profits come at the expense of what Rivlin calls “arguably the nation’s most effective anti-poverty program.” IRS data (PDF) reveals that nearly two-thirds of RAL recipients received the EITC in 2009, compared with just 17 percent of taxpayers overall.

The good news is that RALs might be on their way out. As Rivlin points out, “while bank regulators in Washington have stopped short of outlawing RALs, they’ve managed to make life more difficult—and therefore less profitable—for the banks.” In February 2010, the Office of the Comptroller of the Currency (OCC) issued a set of guidelines for banks involved in RAL lending. Among other requirements, the policy memo (PDF) included the expectation that lenders should clearly disclose to their clients that they can file their refund electronically for no cost, and inform EITC recipients that taking out a RAL loan can “substantially reduce” their benefits.

Then, last August, the IRS got rid of the debt indicator, which alerted lenders if a client was likely to have his refund garnished. It was “basically a free government check” explains consumer advocate Chi Chi Wu. Santa Barbara Bank & Trust, JPMorgan Chase, and HSBC (the bank behind H&R Block) all backed out of the RAL business for the 2010 filing season, leaving only three smaller banks to make the loans.

The bad news, despite the crackdown, is that tax preparers have plenty of ways to milk their most vulnerable clients—not the least of which is the exhorbitant prices they charge for preparing returns. A quick rundown:

1. Refund anticipation checks: With this product, a bank opens a temporary account where the IRS deposits a person’s refund. A RAC costs around $30, and sometimes tax preparers, as Rivlin witnessed firsthand, will sell these to clients who already have bank accounts and thus wouldn’t need this product. RACs brought in around $400 million for the tax-prep industry last year. As one Jackson Hewitt franchise owner remarked: “Yes, we are hurting, but we’ve had surprising success converting RAL clients to [RACs].”

2. Add-on fees: Small chains have been known to charge customers multiple add-ons—such as application, document processing, e-filing, and technology fees—costing customers who qualify for the EITC an extra $37 million during the 2009 tax season. Though the three biggest tax-prep chains (H&R Block, Jackson Hewitt, and Liberty Tax Service) had promised to stop charging add-on fees by 2007, the National Consumer Law Center found that Jackson Hewitt had reinstituted its “Data and Document Storage” fee in 2010 and 2011.

3. “Paystub” loans: This loan, usually $1,000 or less, is made before the customer has received a W-2, and is based on estimated tax returns. H&R Block’s version is the Emerald Advance Line of Credit. “The issue with this is if you don’t get your tax refund, well, how are you going to pay the loan back?” says Chi Chi Wu. The Emerald Advance line earned the company close to $78 million in interest in 2010.

4. Preloaded debit cards: Taxpayers can have their refunds downloaded directly onto a card. In fact, consumer advocates supported a 2011 Treasury pilot program that offered 600,000 low-cost cards to families who didn’t otherwise have a bank account. But consumers need to read the fine print for cards like the E1 Card from EPS Financial and the Get It Card from Advent Financial Services. These cards look and function like debit cards, but they’re not tied to bank accounts and therefore don’t have the same types of consumer protections. Plus, “fees can be high, multiple, and confusing,” writes (PDF) attorney Michelle Jun, of the Consumers Union.

5. Instant cash: H&R Block offers a service called Instant Cash Back, whereby “qualified” candidates can get their refund downloaded onto a debit card right away, minus the card fee and tax prep cost. Block charges $60 for a $600 refund—10 percent—and that doesn’t include the $1.99 it’ll cost you to make a withdrawal—or the $8.95+ “inactivity fee” imposed if you fail to use the card over a three-month period.