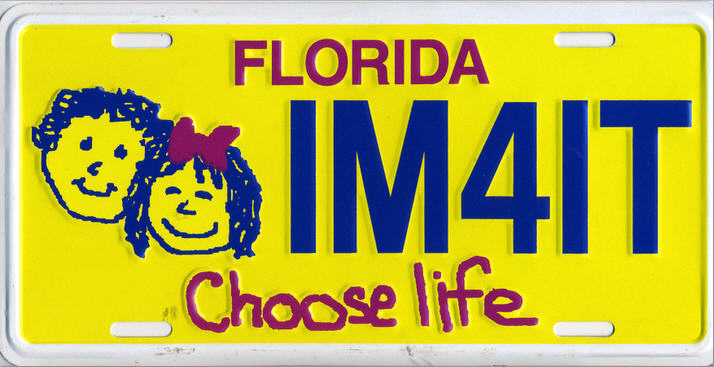 Have you been keeping up with #uterusgate? Last week, Mother Jones told the story of a Florida Democratic state rep who was rebuked by House Republican leaders for suggesting that his wife “incorporate her uterus” to keep conservatives from interfering with her lady business. A progressive meme ensued: See Twitter’s #GOPnames4uterus. But this week, the Sunshine State’s right-wing lawmakers showed no signs of a U-turn in their war on the U-word. Here’s the haps:

Well, not this one: incorporatemyuterus.com. The ACLU of Florida has already snatched that one up! Inspired by Rep. Scott Randolph (D-Orlando), the original utterer of the now-famous U-line, the civil-liberties group wants women to register their nether regions through the site: “[B]y doing so, you can send a message to the Florida Legislature that less regulation and government intrusion begins with a woman’s uterus.” Sounds like a great idea…until Donald Trump stages a hostile takeover of your uterus. Economics, people.

MJ‘s Kate Sheppard reported yesterday that a bill requiring women to undergo an ultrasound before an abortion is sailing through the state’s legislature. (As Kate points out, it’s one of 18 anti-choice laws under consideration in Florida.) The floor debate on this one’s been lively; at one point, a Democratic lawmaker asked the bill’s sponsor, Sen. Ronda Storms (R-Valrico), just what she expected abortion providers to tell women about their ultrasound images. Her answer? Not much, because abortion providers are terrible people:

“Abortion providers generally don’t view the baby as a baby,” she said. “They view the baby as a fetus. They do not describe little legs and little feet. They describe the baby in very disengaged terms. I would be very surprised to hear an abortion practitioner be describing a baby that he or she is about to abort in terms of his babyhood or humanhood—but that’s a subject for debate on another day.”

Perhaps not much of a surprise, coming from a woman who’s called Planned Parenthood “prodeath from its founding.“

For years, Florida’s had “Choose Life” license plates, featuring little kids drawn in shaky crayon-style lines. Since their creation, 70 percent of the revenue from their sales has gone to county governments to meet “the physical needs of pregnant women looking to make an adoption plan for their unborn child.” The other 30 percent went back to Choose Life Inc., which uses the cash to open “crisis pregnancy centers” with a bad habit of lying to women seeking abortions (PDF).

Well, goodbye to all that! No, not the plates, just the government revenue. A new bill in Florida would send all the money to Choose Life Inc., with none left over to care for women who’ve chosen to carry their pregnancy to term. Congratulations on choosing life, young woman! Now, until we can place you kid in the adoption agency, buy your own damned formula and diapers.

In one of those thoroughly satisfying “about time” moments, Rep. Randolph took his uterus-mentionin’ potty mouth on The Rachel Maddow Show. “They want to control it, but I guess they don’t want to respect it,” he tells RM. Watch your tone, young man!

And finally, if you haven’t read editorial coordinator Jen Phillips’ uterus-limerick post, you’re in the wrong. Check out her comment section for even more reader-provided U-rhyme fun. We could all use the laugh.