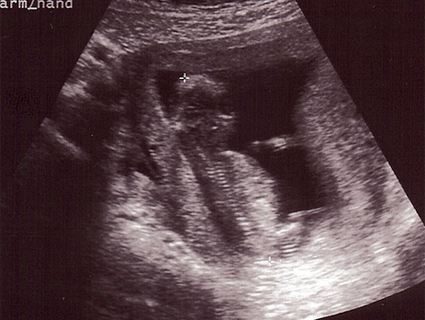 It started with Nebraska. Idaho, Oklahoma, Kansas, and Indiana recently followed suit. The laws, with names like the “Pain-Capable Unborn Child Act,” ban abortions after 20 weeks of pregnancy. The latest wave of a broader conservative push to restrict abortion access nationwide, the measures are premised on the idea that fetuses can feel pain at this stage in gestation and should therefore be afforded state protections. Based on dubious science, some of the laws are bound to face legal challenges. For anti-abortion crusaders, this may be precisely the point.

Last week, Minnesota passed its own fetal pain bill (though the state’s Democratic governor is expected to veto it)—and at least 11 other states, from Florida to Oregon, have considered similar bans. In most states, abortions are legal through the second trimester of pregnancy—up to 24 weeks—and in some cases longer when the mother’s life is at risk. Despite what proponents of fetal pain legislation say, abortions performed after 20 weeks are exceedingly rare. Only 23 percent of abortion providers even offer them; the Centers for Disease Control and Prevention reports that just 1.4 percent of abortions occur at 21 weeks or beyond. Often a woman seeking an abortion later in her pregnancy does so because of a life-threatening medical problem, or a fetal abnormality that has only recently become apparent.

According to a pair of Harvard researchers who have studied fetal pain bills, the 20-week bans are neither scientifically nor constitutionally sound. In a recent paper in The Journal of Law, Medicine & Ethics, Glenn Cohen of Harvard Law School and Sadath Sayeed of Harvard Medical School note that there is no conclusive evidence that fetuses can feel pain at that point in gestation, nor are they considered viable.

While there’s an established body of evidence that fetuses start developing the biological pathways related to pain sensation at this stage, there is not enough data to suggest that they can actually experience it. The bulk of the scientific literature on the subject indicates that the brain connections required to feel pain are not in place until at least 24 weeks. The lawmakers and anti-abortion groups arguing for the 20-week bans are “espousing a view that aligns with the political hope” rather than medical evidence, says Sayeed, who is both a neonatologist and a lawyer.

The researchers argue that even if the science were sound, there is no reason that a fetus could not be anesthetized—already common practice for medical procedures performed in utero. They also contend that, legally speaking, the rights of the fetus do not trump those of the mother. “The woman’s right is more compelling,” says Cohen.

If fetal-pain laws evoke constitutional questions, that’s probably by design. Anti-abortion groups like the National Right to Life Committee and Americans United for Life, which have championed these laws around the country, are likely trying to provoke a legal challenge that will make its way to the Supreme Court. After all, abortion foes scored a major victory the last time this happened, in 2007, when the high court upheld a prohibition on so-called partial birth abortions. The narrow 5-4 victory empowered anti-abortion groups seeking to limit access to abortion across the country.

In the past month, a number of reports have suggested that reproductive rights groups are shying away from legal challenges for fear that the Supreme Court might again vote against them (see: Politico, Slate). But abortion-rights advocates tell Mother Jones they do intend to fight the 20-week bans—they’re just waiting for the right test case. “I think they are really trying to bait us into rushing into court,” says Janet Crepps, deputy director of the US legal program at the Center for Reproductive Rights. “We’ll go when we’re ready. We’re not going to go just because they want us to.”

The bills are part of a nationwide onslaught by anti-abortion groups and Republican lawmakers. According to the Guttmacher Institute, more than 900 anti-abortion measures have been introduced this year alone in state legislatures across the country. At the federal level, House Republicans have advanced legislation that attempted to redefine the meaning of rape for the purposes or abortion law and sought to whittle down the already-narrow exceptions in which federal funds can be used to pay for the procedure.

So far, only Nebraska’s fetal-pain law, which passed in 2010, has taken effect. The others are expected to be implemented next year. But already women have been affected. Thirty-four-year-old Danielle Deaver of Grand Island*, Nebraska, told The Des Moines Register the painful tale of how, at 22 weeks, her water broke prematurely. The fetus, she and her husband learned, wouldn’t be able to develop lungs and would die at birth. But because of Nebraska’s new law, Deaver’s doctor would not perform an abortion. Instead, she had to wait to give birth, then watch for 15 agonizing minutes as her underdeveloped baby slowly slipped away—an experience Deaver described as “torture.”

* The name of the town has been corrected since this article was originally published.