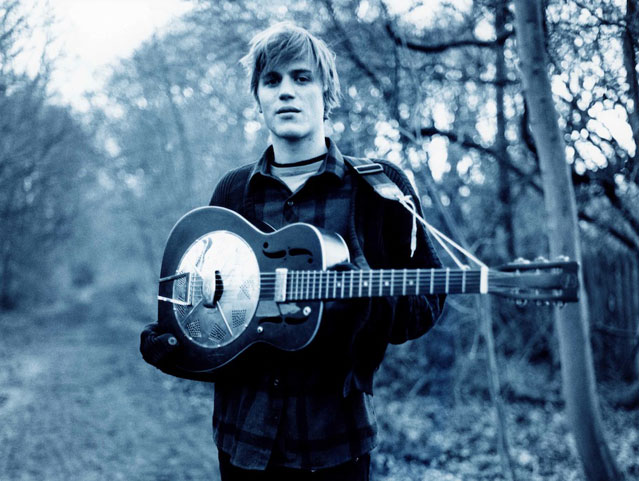 This past November, when the wonderfully talented Brit-folk troubadour Johnny Flynn told me he was set to have a baby in March with his longtime girlfriend, I sent a onesie to his London address, and resigned myself to the fact that we probably wouldn’t be seeing him for quite a while.

At the time, Flynn, who is in his late twenties, was touring solo because it was too expensive to bring his band, the Sussex Wit, all the way to America, where he’s still relatively unknown. So I was pleased to learn that not only was he embarking on his third tour of the States—but the full band would be in tow this time around.

I first came across Flynn’s debut album, A Larum, in the Dog Pile, the collection of books and CDs sent to the magazine from people we have never heard of, and where you can make a great discovery on occasion—like A Larum. I was pretty much smitten after listening to it twice, and Flynn’s followup EP, Sweet William, and recent full-length CD, Been Listening, proved that his first effort was no fluke.

Flynn is a evocative vocalist and multi-instrumentalist whose songwriting is mostly intriguing and rarely predictable, and whose lyrics are steeped in a metaphorical wisdom beyond his years. He also knows how to seduce a crowd. I saw him play solo late one weeknight after waiting through a couple of openers who, alas, didn’t know when to call it quits. But his fans stuck it out and were amply rewarded. I can only imagine how much more Flynn will be able to do with the Wit behind him. (See update below.)

So here’s a list of his US tour dates. Basically, I don’t care if he’s playing San Francisco’s Independent on a Tuesday night in the middle of our grueling magazine production cycle. I’m there. And if you live anywhere from Portland (tonight) to Baltimore (June 2), I’d recommend that you be there, too.  Flynn will not disappoint.

Update (Wed. May 18): As promised, I caught Mr. Flynn Tuesday night at the Independent. One word sums it up: “stunning.” He drew a sizeable and enthusiastic weeknight crowd and broke out all the stops in his band’s hourlong set, playing mandolin (“The Water”), banjo (“Eyeless in Holloway”), fiddle (“Barnacled Warship”), and acoustic and electric guitar—which he alternated with trumpet on “Hong Kong Cemetery.” The Sussex wit upped the ante with drums, keyboards, and bass—not to mention Johnny’s lovely younger sister, Lillie, on flute, harmonium, and voice. I brought along a friend who had never heard of Johnny Flynn. Now he’s a convert. Guess that about sums it up.

I’ll leave you with a little take-away video: