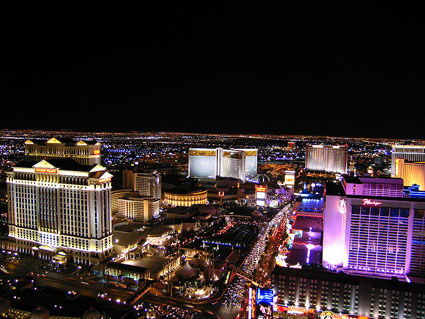 In 2006, the Nevada Clean Indoor Air Act passed with 54 percent support. The law prohibited smoking in movie theaters, government buildings, bars and taverns that serve food, and indoor areas within restaurants (although notably not casinos). Since then, its popularity has surged. According to a February poll by the American Lung Association, 83 percent of Nevada voters now support the act. Yet last week, the Nevada Senate approved a bill that rolls back core components. For example, it permits smoking in stand-alone bars that serve food, so long as they don’t allow minors inside. The new legislation now awaits Republican Governor Brian Sandoval’s signature.

Why would state legislators want to gut such an overwhelmingly popular bill? Simple, says Amy Beaulieu, the director of Tobacco Control Policy for the American Lung Association in Nevada: “It’s money and lobbyists.” Powerful lobbies like the Nevada Tavern Owners Association and the Nevada Resort Association have thrown their weight behind beating back the Clean Indoor Air Act. And as Beaulieu explains, “These taverns are not like Joe’s Corner… Our taverns and bars are all tied to the gaming industry.”

In Nevada, it’s the gaming industry that more often than not calls the shots. The state’s casinos took in nearly $10.5 billion last year; lesiure and hospitality account for more than a quarter of all civilian jobs. Casinos’ gaming areas were exempted from the 2006 act because its authors viewed the gaming industry as too powerful to take on just yet. But the casinos’ employees have suffered mightily from exposure to second-hand smoke. A National Institute for Occupational Safety and Health study released in 2009 found significant increases in levels of the environmental tobacco smoke biomarker NNAL in casino workers’ urine over the course of their eight-hour work shifts, revealing exposure to airborne carcinogens. These workers complained of respiratory difficulties, eye symptoms, headache, nausea, and dizziness.

Meanwhile, the Clean Indoor Air Act has been an overall boon for public health (and revenues) in Nevada. Researchers at the University of Nevada, Reno, have just published a study finding that since implementation of the act, decreases in hospital admissions for stroke and myocardial events have saved Medicaid and Medicare payers some $1.5 million and $11.5 million, respectively.

While the new bill revising the Clean Indoor Air Act might not appear too radical on its face, it’s almost certain to have significant consequences. For one thing, employees at bars that reintroduce smoking will once again be forced to inhale the same carcinogens as casino dealers. Moreover, the 21 and up restriction is unlikely to have any real effect. Amy Beaulieu points out that the provision is entirely unenforceable, with law enforcement authorities having already indicated they have no intention of starting to write tickets to underage bar patrons. Even the bill’s backers have conceded that the restriction could be fairly easily circumvented.

As for claims by industry lobbies that the Clean Indoor Air Act is strangling business, they simply don’t hold water. A fact check by the Reno Gazette-Journal notes that Nevadan restaurants and bars have fared significantly better over the past year than other sectors of the state’s recession-ravaged economy. According to that same American Lung Association poll, half of Nevadans rate going out as more enjoyable now that restaurants and other social places are smoke-free versus four percent who responded less enjoyable. And who knows? With Vegas billing itself as increasingly family-friendly, even the casinos might benefit from a slightly less smoky scene.

And so, even as the evidence continues to pour in about the dangers of second-hand smoke and the health benefits of indoor smoking regulations, Nevada looks set to roll the dice on something that should never be gambled: its citizens’ health.