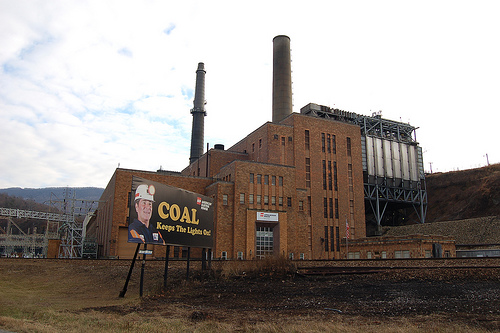 On Monday, the Supreme Court released a unanimous decision siding with a group of utilities that environmental groups and states wanted to sue for their contribution to global warming. In American Electric Power v. Connecticut, the five biggest emitters in the United States asked SCOTUS to dismiss a suit first filed back in 2004.

The states and a group of land trusts sought to hold the unities accountable for global warming under federal common nuisance law, arguing that their emissions presented a threat to the health and safety of others and that they should be forced to begin reducing those emissions. But Justice Ruth Bader Ginsburg, writing for the court, argued that the Environmental Protection Agency’s regulations under the Clean Air Act supersedes the states’ claim. Basically, since the EPA is already on the case, this suit is moot.

Those EPA regulations came about because of the 2007 SCOTUS decision in Massachusetts v. EPA that forced the agency to begin the process of issuing greenhouse gas regulations. Those regulations began rolling out this year—albeit slowly. The argument from the states and land trusts, though, was that those regulations won’t affect the biggest, oldest polluters for some time (if ever, considering that those rules still have yet to be issued), and that this lawsuit provided a backstop should the EPA’s regulations prove insufficient.

The SCOTUS decision was not a big surprise. The thing to keep in mind, though, is that some of the utilities arguing here that EPA’s regulations make the case moot are the same ones who have waged war on those EPA regulations. American Electric Power has been particularly aggressive on that front, and its allies in Congress have sought to eliminate the EPA’s ability to regulate greenhouse gases under the Clean Air Act. As Michael B. Gerrard, director of the Center for Climate Change Law at Columbia University, points out on their blog, “if Congress takes away EPA’s authority to regulate GHGs but does not explicitly bar federal common law nuisance claims, these cases will come back.”

So while the SCOTUS decision shuts down this particular pursuit for the time being, don’t expect the litigation on greenhouse gas regulations to go away any time soon.