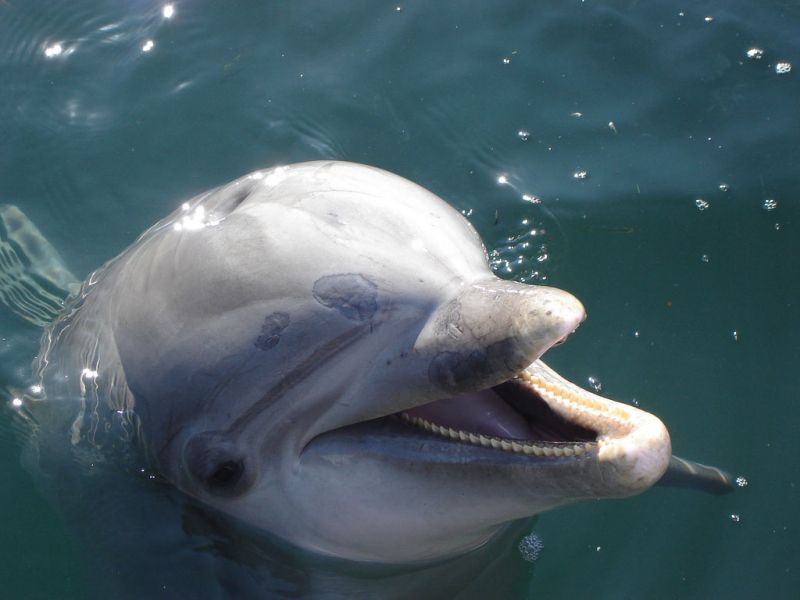 Next week is “Shark Week” on Discovery Channel. While I do enjoy watching sharks on TV, I find their sometime-prey, dolphins, more interesting. This week, there was a thought-provoking letter in the Journal of Investigative Dermatology that explored how dolphins heal from shark bites that would be fatal to many other species, including humans. Author Michael Zasloff, a professor of immunology at Georgetown University, wondered how dolphins survive huge shark bites without bleeding to death or falling victim to infection from the many bacteria in sharks’ mouths. Not only do dolphins recover from “basketball-sized” bites, they regenerate the missing flesh and heal over with no scarring or sign of injury. “That’s impossible,” Zasloff told ABC, “truly impossible.”

Zasloff theorizes that dolphins can produce stem cells that regenerate the bitten-off tissue, or any other kind of tissue that’s needed. “The repair of a gaping wound to an appearance that is near normal requires the ability of the injured animal to knit newly formed tissues with the existing fabric of adipocytes, collagen and elastic fibers,” Zasloff explained. “The dolphin’s healing is similar to how mammalian fetuses are able to heal in the womb.”

But what about infection? Even if the dolphin didn’t fall prey to the shark’s bacteria, swimming around in the ocean with an open wound invites infection. Zasloff thinks that dolphins may have their own little supply of antibiotics, siphoned off from other ocean creatures like plankton or algae when the dolphin eats them, and then stored in fat for later use.

Another mystery Zasloff has been pondering for the past nine years is why dolphins with these large wounds don’t appear to be in pain. Zasloff notes that not showing weakness or pain is an evolutionary response (so that predators can’t tell which animals are weak), but he thinks dolphins may make their own version of morphine. “I propose that the wound itself is releasing a pain-relieving substance, and it must be unbelievably powerful.”

The dolphin’s amazing ability to recover from wounds that would be catastrophic to humans could be a boon to researchers… if, that is, they can scientifically verify how exactly dolphins are doing it in the first place. “My hope is this work will stimulate research that will benefit humans,” says Zasloff. “I feel reasonably certain that within this animal’s healing wounds we will find novel antimicrobial agents as well as potent analgesic compounds.” Zasloff’s only lament is that this research isn’t happening fast enough, and that his own work is hampered by his limited “access to dolphins.”

Pain relief, antibiotics… what else can dolphins give us lowly landlubbers? Oh, that’s right, the ability to sense electricity from living beings and restrict blood-flow to injured areas. Here’s hoping some enterprising cable channel will launch a week devoted to these intelligent, playful, and biologically blessed animals to compete with “Shark Week.” “Dolphin Days,” anyone?