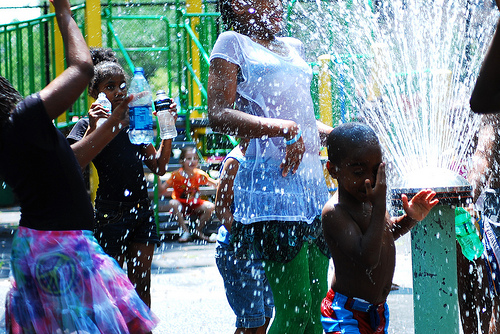 If you’ve had that pleasure of spending time in our nation’s capitol this week, you feel me: It’s really gross out there. The local weather report on Monday said it hit 95 degrees, but that it felt like 105—though I really didn’t need a meteorologist to tell me that. Today’s forecast says it will be 103 degrees and feel like 110. So it wasn’t a big surprise that the Weather Channel just named the Washington, DC one of the six hottest cities.

The story links to another from meteorologist Jonathan Erdman Sr. that I missed a few weeks ago; it highlights the fact that heat is the biggest cause of weather-related deaths in the US. Last month posted a chart from the National Oceanic and Atmospheric Administration showing that the US was on pace for record for the number and cost of extreme weather events. There have been 575 deaths from this year’s weather events, most of them from the tornadoes in the Southeast and Midwest. But heat still kills more people in the US in an average year—claiming more than 1,500 lives.

The big problem in DC, of course, is the humidity, thanks to the fact that our fair city was built on a swamp. This is what puts us up there with cities like Laredo, Texas and Yuma, Arizona that experience more days where the actual temperature hits or exceeds 100. But while DC usually averages 1.2 days over 100 degrees each year, as the Capitol Weather Gang reported Monday, if DC hits 100 on Tuesday, that will already be two for 2011, with plenty of summer left to endure.

We’ve had a pretty hot summer, to say the least. I’m supposed to include the obligatory line that any given day or weather event can’t be directly attributed to climate change, that it’s the long-term trends that matter, blah blah blah. But if you care to listen to climate scientists, we’re in for a whole lot more days of skyrocketing heat in the future, not to mention heat-related deaths. So maybe this should serve as a good reminder that climate change has deadly consequences—even if the law-making residents of DC haven’t been feeling particularly inspired to deal with that subject of late.

UPDATE: Justin Kenney, director of communications at NOAA, offers more insight into just how hot it is, via Twitter. According to the agency, July alone has seen 349 maximum heat records broken around the country, and 320 tied—and we’re not even halfway through the month. You can check out the temperature records here.