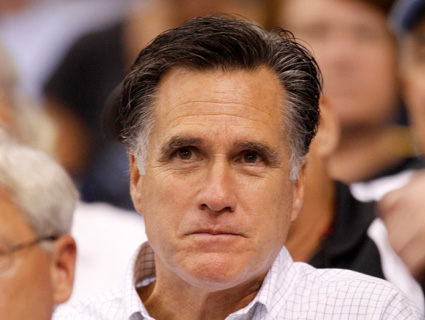 Mitt Romney, the former Republican governor of Massachusetts, is running for president. The FEC needs to figure out how long he's been doing that.James Burgher/Zuma

If the Federal Election Commission manages to rise the challenge, Mitt Romney’s campaign could be forced to answer some tough questions about its fundraising strategy.

On Thursday, the Alabama Democratic Party joined a complaint against Romney filed with the Federal Election Commission, alleging that the former Massachusetts governor sidestepped campaign fundraising rules to funnel $1.5 million from his state-level political actions committees to Free and Strong America, his national PAC.

Federal campaign limits cap donations to national PACs at $5,000. But Alabama (and a couple other states) allow donors to give unlimited amounts of money to state PACs, allowing shrewd fundraisers like Romney to skirt federal limits while raking in massive contributions.

As my colleague Andy Kroll explained this week, national candidates often use money raised by their state-level PACs to court potential allies in key primary states. Romney’s PACs, for example, distributed some $400,000 in campaign contributions in 25 different states in 2009 and 2010, including $62,000 to now-Govenrors Nikki Haley (R-S.C.) and $30,000 to Terry Branstad (R-Iowa), both of whom won their races. Romney’s largesse, along with Haley and Branstad’s victories, gave him a pair of powerful potential backers leading into next year’s presidential race.

Harnessing state PACs in this way falls in line with Federal Election Commission rules. Shifting money from state PACS to a national PAC is kosher, as long as the candidate in question—Romney—hasn’t already announced his intention to run for president. If a candidate wants to run for national office, he first has to cut ties with his state-level PACs.

But the complaint, originally filed by the New Hampshire Democratic Party, alleges that Romney failed to cut those ties before forming his exploratory committee. In essence, the complaint claims, Romney used his state PACs as “shell operations” to fund a possible presidential campaign before officially declaring his candidacy—a potential breach of FEC rules, according to The Washington Post.

“Romney has engaged in the evident subterfuge of using state laws not for the state election-related purposes for which they were enacted, but to advance his Federal candidacy with the aid of ‘soft money,'” the complaint says. “He has misled the authorities of those states, filing reports of ‘state’ activities which were never bona fide state activities in the first instance.”

Romney’s campaign, meanwhile, claims that he hasn’t been affiliated with his state PACs since launching his exploratory campaign.

Campaign finance experts told the Post that the FEC isnt likely to find a violation of this rule until a candidate has made a “clear and unambiguous statement that they are running for a specific federal office.” The FEC—which hasn’t exactly been the most vigilant campaign law enforcer in recent years—is charged with the tricky task of determining when, exactly, Romney first threw his hat in the presidential ring. Given the fact that he basically never stopped running for president after losing out on the Republican nomination in 2008, that won’t be easy.