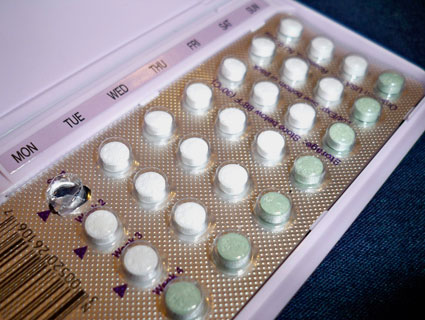 The announcement last week that the Obama administration will require health insurance plans to cover preventative health care for women at no additional cost elicited whoops of joy from females all over the country. The idea that contraception will be fully covered was an especially celebrated point; Mother Jones blogger Jen Quraishi heralded the occasion as “a momentous day,” and Jezebel happily noted that it was time to “kiss your co-pay goodbye.”

Not everyone found the rule change so invigorating. That’s because the new regulations contain a religious refusal clause, also known as a “conscience clause,” exempting “certain religious employers” from having to cover the cost of contraception in employees’ insurance plans if doing so would contradict the employer’s belief system. The proposed conscience clause defines a religious employer as a nonprofit organization that “has inculcation of religious values as its purpose” and primarily employs and serves people who share its religious tenets. Religious groups say that language is far too weak and might force some religious institutions that don’t want to provide birth control to women to do so anyway. Women’s groups, meanwhile, are arguing that the language shouldn’t be there at all.

The United States Conference of Catholic Bishops (USCCB)—the official arm of the Catholic hierarchy in America—has warned that the current religious refusal language might exclude Catholic hospitals, for instance, from qualifying for exemption because Catholic hospitals don’t primarily serve Catholics. “Health and Human Services must think Catholics and other religious groups are fools,” a blogger for the United States Conference of Catholic Bishops wrote on August 1. “We help people because we are Catholic, not because our clients are.”

Terry O’Neill, president of the National Organization for Women, doesn’t see it that way. “I am completely confused how the US Department of Health and Human Services has a greater right to protect corporations rather than individuals,” O’Neill says. She argues that access to birth control is a vital component of preventative health care for women, and that it might prove the difference between a woman having a healthy family versus not being able to afford contraception and dealing with unwanted or unhealthy pregnancies. In a letter to HHS, O’Neill urged Secretary Kathleen Sebelius to remove any trace of a conscience clause from the Affordable Care Act’s recommendations, stating, “Women’s health and well-being are frequently endangered by refusal clauses.”

“Suppose I am a teacher at a Catholic school, and I have diabetes and need to pay $100 a month for my birth control,” O’Neill says. “For my employer to not cover that on the basis of its own interests is sex discrimination of the most odious kind.”

This news fell on deaf ears at the USCCB, which instead chided HHS for seeking “to force church institutions to buy contraceptives” for their employees. But the Guttmacher Institute’s Adam Sonfield argues that as soon as you try to stop paying for one type of coverage on the basis of your own faith, you undermine the idea of insurance altogether. “If I didn’t have to contribute to an insurance pool where someone else is using health services I don’t believe in, that would make insurance completely unworkable,” Sonfield says. “You would have people questioning treating lung cancer for smokers or accident victims of a motorcycle wreck, or objecting to people having too many kids.”

The bishops’ network is not the only organization annoyed by the idea of insurance providers covering contraceptives. On August 2, Duquesne University, a private Catholic school in Pittsburgh, filed suit against Highmark Inc. because the insurer allegedly mishandled the school’s prescription drug plan over the course of three years. Duquesne’s contract with Highmark specified that the insurance could not cover contraceptives because they contradict the university’s Catholic faith, but Highmark went ahead and covered birth control (and other drugs it wasn’t supposed to cover) anyway. Under current language in the Affordable Care Act, if Duquesne is found to qualify as a “religious employer,” it will be exempt from having to cover contraception. A removal of the conscience clause would mean the Highmarks of the future would cover birth control whether the university liked it or not. (In the future, though, Highmark wouldn’t be able to profit from co-pays like it did in this situation.)

HHS opened up a 60-day comment period after its announcement of the new preventative-care coverage guidelines, after which the guidelines will be finalized. O’Neill says she’s afraid there will be a big push by religious groups to extend the conscience clause wording; ideally, she urges, the clause would be removed altogether. “The rest of this legislation is so fabulous and wonderful,” she says. “It’s a terrible shame that it will be marred by this one piece.”