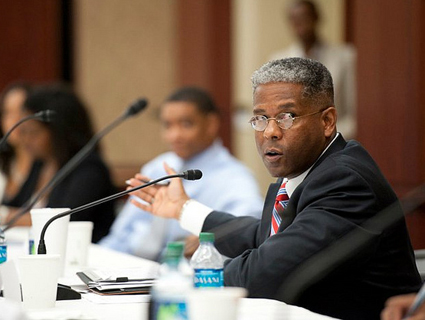 It’s August and Congress is out of session, which means your elected representatives are probably back home meeting with constituents in Israel right now, on a junket paid for by an affiliate of AIPAC, the nation’s largest pro-Israel lobbying group. The Jerusalem Post reported earlier this month that 81 members of Congress—a full 20 percent of the lower chamber—had plans to visit Israel this month, on two separate trips led by Minority Whip Steny Hoyer (D-Md.) and Majority Leader Eric Cantor (R-Va.). The summer sojourn has become a routine of sorts; Minnesota Rep. and GOP presidential candidate Michele Bachmann, who believes America will be cursed if it fails to sufficiently support Israel, has taken regular trips to the country since being first elected in 2008.

Ostensibly the purpose of these trips is to see the sights, snag some photo-ops, and show Evangelical supporters back home that Congress is sufficiently gung-ho about Israel (because that was unclear). But a corollary of all of that is that it gives Republican congressmen who really, really don’t like President Obama a chance to hang out with a head-of-state whom they actually support. It’s part of a trend. You’ll recall that Sarah Palin once said, during the Couric Sessions, that it would be flat-out un-American for the President to second-guess any decision by the Israeli government—even if it seemed to run counter to America’s best interests. To wit, here’s Florida Rep. Allen West, writing on Monday in a letter to his constituents:

For the second time in my life,  I am in Israel this week, but this is the first time I am visiting as a United States Member of Congress. I will have the opportunity, at this critical juncture, to meet with Israeli leadership and even visit with the representatives of the Palestinian Authority. My message is very simple; I stand with Israel, not with a backdoor unilateral declaration of a Palestinian state – particularly one which has joined in a reconciliation pact with Hamas.

In Israel, I will get the opportunity to meet with a true Leader, Prime Minister Binyamin Netanyahu. At a time when western civilization has no leading voice, I believe the only one that resonates, speaks Hebrew. And no, I am not afraid of going to Israel at this time. On the contrary, this is the best time to go to Israel!

Emphasis mine. The contrast is pretty clear here: West considers the President of the United States to be a “low-level socialist agitator“; he believes the Israeli Prime Minister is the last great hope of Western Civilization.