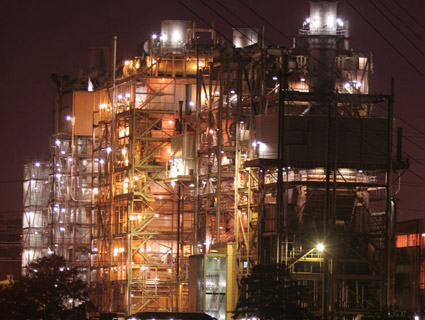 Among the Koch Industries lobbying crew’s many agenda items—climate change denial, school segregation, a right wing media takeover—is the company’s fight against legislation that would raise US chemical plant safety standards to protect against potential terrorist attacks capable of harming millions of Americans.

A new investigation published by the Center for Public Integrity reveals the extent of Koch Industries’ efforts to combat safety measures recommended by the Environmental Protection Agency and the Department of Homeland Security:

The Center for Responsive Politics puts Koch at the top of its list of the 80-odd firms, local governments and other groups lobbying Congress to shape or prevent passage of a wide-ranging chemical security bill.…Chemical safety legislation has been one of Koch’s most important priorities in the last four years, during which the firm has spent $44 million lobbying in Washington on this and other issues.

Destructive environmental impacts and employee health concerns used to be the biggest risks chemical plants posed to their communities. But after the 9/11 terrorist attacks, the Department of Homeland Security became concerned with how attacks on these plants would harm the densely populated communities around them. The worst case scenarios the DHS found include chemical explosions, spills, and gas clouds that could either kill or seriously harm millions of people living in the plants’ vicinities.

But really, how serious is the threat of a terrorist blowing up a chemical plant on US soil? It’s serious enough that the EPA keeps its records of chemical plants’ risk management plans under lock and key—members of the public can only view 10 documents per month, while being closely monitored by EPA officials.

Koch Industries, the second largest private company in the US, owns 56 chemical facilities throughout the US, giving it a vested interest in safety measures like the Chemical Facility Anti-Terrorism Standards bill. CFATS was first introduced as a temporary measure in 2007 until Congress could pass more comprehensive legislation. Since then, lobbying funded by Koch Industries and other groups has helped block the passage of stricter protections, including a proposal to require inherently safer technology in chemical plants. Inherently safer technology, also known as IST, would require chemical plants to use safer chemicals, or less of them, often increasing costs for plants.

Despite Koch Industries’ assurance on its website that it “places compliance and safety before profit,” it also states just a few lines down that “onerous security measures such as [inherently safer technology]… fail to produce a marginal benefit relative to their significant cost.”