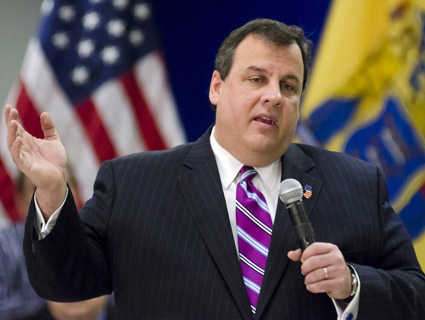 Earlier this year, New Jersey Gov. Chris Christie told reporters that “short of suicide, I don’t really know what I’d have to do to convince you people that I’m not running” for president. Today, according to that trusted source, Fox News, he still isn’t running. But between all the colorful denials, Christie has been quietly (and repeatedly) meeting with wealthy Republican donors, including—as Mother Jones recently revealed—the notorious Koch brothers.

For months, Christie has been under “huge pressure from high-ranking Republicans and fund-raisers,” as one anonymous source recently put it, who are unhappy with the prospect of choosing between Rick Perry and Mitt Romney. These players include hedge-fund exec Paul Singer, who has given more than $1 million to the “Kochtopus,” and Home Depot cofounder Ken Langone, who organized a July Manhattan meeting of “40-50 Republican heavy-hitters” to persuade Christie to run. Both social moderates who support gay marriage, Singer and Langone are apparently drawn to Christie’s prioritizing of union-bashing, budget-slashing economic issues over moral-values plays.

On Friday, the conservative media outlet Newsmax reported, without naming names, that the Draft Christie movement “culminated in a hush-hush powwow held in the past week with Christie and several notable Republican billionaires.” A source in the know told Newsmax that “Christie seemed inclined to enter the race.”

Last Thursday, Christie and Indiana Gov. Mitch Daniels spoke to students at Rider University in New Jersey, where Christie again denied that he would run. He acknowledged the concerns with the current Republican field. “I think what the country is thirsting for, more than anything else right now, is someone of stature and credibility to tell them that and say, ‘Here’s where I want us to go to deal with this crisis,” he said. “The fact that nobody yet who’s running for president, in my view, has done that effectively is why you continue to hear people ask Daniels if he’ll reconsider and ask me if I’ll reconsider.”

Then Daniels said what Christie may have been implying: “I’m not taking ‘no’ from Christie. “I’m taking ‘not yet.'”

Some Republican heavyweights, worried about Rick Perry’s electability and the lack of enthusiasm among the base for Mitt Romney, may keep piling on in the hope that “not yet” doesn’t have to mean “not in 2012.” In their view, Christie—who believes in global warming and has derided the anti-Sharia crowd as “crazies,” but is unafraid to aggressively pursue a conservative fiscal agenda—could be an acceptable bridge between tea partiers and GOP moderates.

Langone, in fact, has advocated raising taxes on the rich; several of the donors at his July meeting said they voted for President Obama in 2008 because they didn’t want Sarah Palin on the GOP ticket. And Singer supported Rudy Giuliani in 2008. But Christie’s supporters aren’t all conservative outliers. The Koch brothers have reportedly pushed Christie to reconsider a presidential bid. So has Charles Schwab, another member of the Kochs’ million-dollar donor club, whose brokerage firm has donated millions to Republicans. Last year, in the hope of convincing Christie to run, Fox News CEO Roger Ailes wine-and-dined him alongside Rush Limbaugh.

Politico reported last week that a “former RNC chair said many in GOP finance circles simply won’t take no for an answer.” The chair in question said that “a group of donors, particularly New York guys” were “pushing Christie really hard,” adding that, “Singer won’t give up.”

Christie, it seems, may have to resort to suicide after all.