When we are at work, doing the same thing day in day out, it is easy to grow complacent about the risks that are involved. But when the daily grind involves diving to the depths of the ocean with very basic equipment, complacency could prove fatal.

The Philippines ranks as the 11th highest of the world’s top seafood producers, with some coastal communities deriving up to 70 percent of their income from fishing. It is no wonder that with such high stakes risky practices are commonplace. 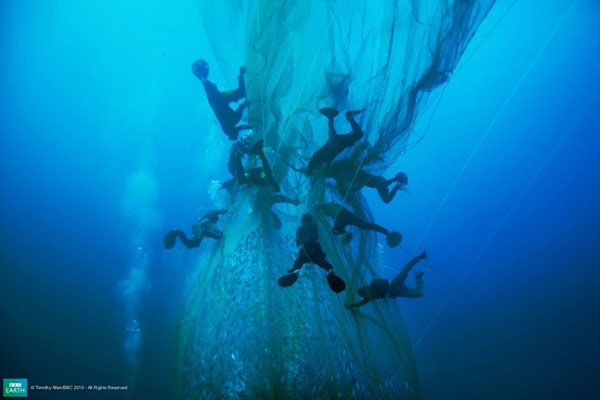 Some of the most dangerous techniques are adopted by the Pa’aling divers who inhabit the Palawan province. Diving down to 40 meters, these 100 strong crews take their lives in their hands on every trip. Supplied only with thin makeshift tubes of compressed air fed from a rusty generator on the surface, there is the potential for air supplies to become tangled and to become trapped. Not only this, but also decompression sickness, commonly known as ‘the bends’, a serious condition caused by the men ascending to the surface too quickly is also a serious concern. Sadly the benefits do not outweigh the risks with each fisherman reportedly earning an average of $25 for a week’s work.

Another occupation that risks life and limb is that of the goose barnacle collectors of northern Spain. Traditionally a female profession, today the job is mostly carried out by men. These fearless collectors of this strange looking shellfish, battle with ferocious crashing waves (also known as Atlantic Rollers) and jagged rocks to gather their prize. At up to 200 Euros per kilo it is easy to see what the attraction to this lifestyle is. 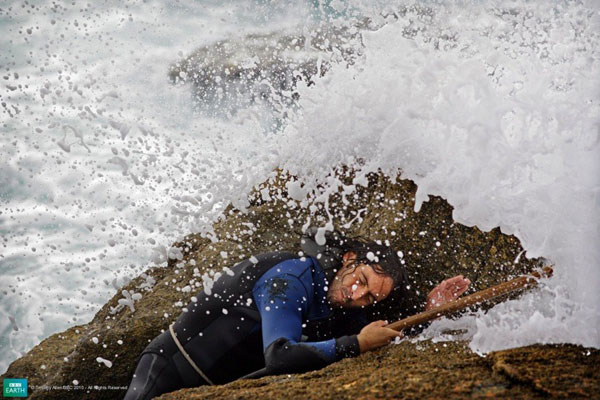 Located on the cliffs and rugged boulders of the Atlantic coastline, these barnacles, known locally as percebes, are only accessible when the tide goes out. So cautiously, collectors navigate their way to the most inaccessible areas armed with only a modified crowbar and a few trusty ropes, if they choose to use them. With an average of five deaths every year, it is hardly a surprise that it is considered one of the most dangerous occupations in Spain.

Finally, a job that many would agree can be as terrifying as it is rewarding: fatherhood. In some communities such as those from the Zanskar region of the Tibetan Plateau the terrors are more than emotional, they are physical too. Especially here, where the school run is an epic six-day trek along the semi-frozen river Zanskar. 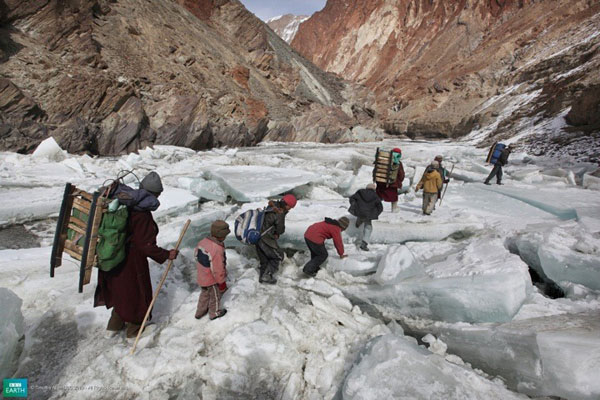 Each year after the winter holidays, fathers and their children begin their journey. They travel along what the locals call the Chadar, a frozen winter highway that provides a passageway through mountainous gorges when the roads are closed by snow. In the spring the smooth firm ice can start to give way, rapidly turning the trip from a habitual pilgrimage to a perilous expedition.

These three communities are testament to man’s ability to adapt to and conquer even the most extreme environments. While they may be dangerous, let’s hope these incredibly diverse cultures that have developed continue to thrive.