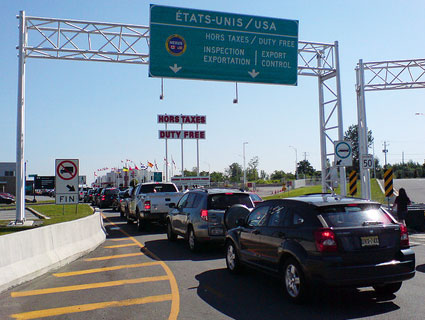 My colleague Kevin Drum speculates that what’s hurting Texas Governor Rick Perry is not so much his positions on immigration as his resemblance to a certain half-term governor of Alaska who couldn’t bothered to learn her stuff:

That’s just way too Palinesque for the political pros. He looks like a guy who’s had such an easy time in Texas that he doesn’t really think he’s going to have to work for the nomination — or the presidency. Gentleman’s Cs have always been good enough, and he figures they’ll be good enough again. So he’s got nothing except a single set of sound bites for every occasion, and he’s not prepared to put in the time and effort it takes to sound even minimally ready for prime time when he’s taken out of his comfort zone.

That’s a scary thought for Republicans. The economy is bad enough that Barack Obama is seriously vulnerable, but even with a bad economy he can beat somebody who’s convinced that his winning personality is enough to see him through any troubles. When Perry first announced his candidacy, he had the aura of a political animal willing to do whatever it takes to win. Now he looks like he’s willing to do anything except actually work hard. That’s a sure way to lose in November, and that’s why the GOP establishment is suddenly so nervous.

I really think Palin has nothing to do with this. According to a forthcoming study from Harvard’s Theda Skocpol and two of her graduate students, Vanessa Williamson and John Coggin, immigration is among the most important issues for self-identified “Tea Party” Republicans. Why? Because it crystallizes their attitude towards “big government,” namely that government assistance is entirely appropriate for those who’ve “earned it,” and less so for those who haven’t.

This impassioned opposition to illegal immigrants is often equated with racism, but Ms. Skocpol and her colleagues take great pains to point out that the Massachusetts Tea Partiers, whom they studied most closely, are vocally and actively opposed to overt racism. A racist poster to their Web site was publicly reprimanded and a plan was made to take down racist signs at a rally (though, in the event, the researchers didn’t spot any that needed removing). For the Tea Partiers, the major intellectual distinction isn’t between black and white — although that is the color of most of them — it is between deserving, hard-working citizen and unauthorized, foreign freeloader.

I think this description reduces racist statements or actions to something only people with closets full of white sheets who spend their Saturdays burning crosses ever engage in, but it really illustrates why Perry is so vulnerable on immigration. The Texas governor is on the wrong side on one of the defining ideological issues of the modern conservative movement. That’s why his support for in-state tuition for undocumented immigrants brought to the US as children is so damaging—it’s seen as giving the undeserving an advantage over the deserving. The David Weigel piece Drum links to contains an exchange that really illustrates the point:

“Look,” admitted Clark. “Perry blew it. It’s his fault that this is a discussion, because he did a bad job of explaining the program. There’s no welfare for illegal immigrants. If they’re in the state for three years, they’re adding to the economy, they can get the tuition rates that Texans get.” Van Remmen couldn’t be convinced. “I have grandchildren going to college,” she said. “They’re struggling. Their Pell grants aren’t worth as much this year. The reason why is that all this money is going to illegal immigrants.”

Weigel writes that these conversations were happening all over the Florida convention center where the piece takes place. This zero-sum view of immigration is based on an economic fallacy, but it’s intuitive so it persists.

A better question, it seems to me, is why Perry seems to be suffering so much given that in 2007, he and former Massachusetts Governor Mitt Romney were both on record supporting President George W. Bush’s comprehensive immigration reform plan. The answer may be that Romney’s much-ballyhooed insincerity is serving him well here: Having vetoed an in-state tuition plan for undocumented immigrants as governor, it’s much easier to see his support for comprehensive reform as the ambitious pander, rather than the other way around. Perry, on the other hand, with his remarks about those who disagree with him “not having a heart,” gives Republican primary voters the sneaking suspicion that his moderation on the issue is genuine.