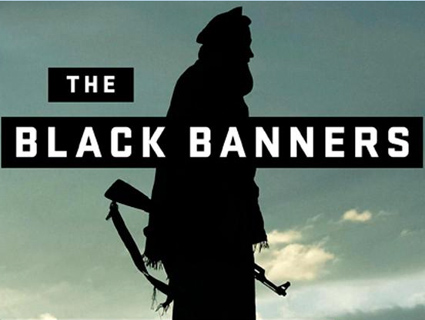 What is the best way to break a terrorist? Waterboarding? Stress positions? What about pizza, ice cream, or sugar-free cookies?

The most surprising element of former FBI interrogator Ali Soufan’s memoir, The Black Banners: The Inside Story of 9/11 and the War Against al-Qaeda, is how receptive terrorists are to food. When Soufan takes L’Houssaine Kherchtou, an Al Qaeda fixer, out for pizza, Khertchou tells him he’s “not an Al Qaeda guy anymore.” Mohamed Rashed Daoud al-Owhali, who helped facilitate the bombing of the American embassy in Nairobi in 1998, spills the beans after being plied with cookies and Meals Ready to Eat. Tariq el-Sawah, captured at Tora Bora and currently detained at Guantanamo Bay, has a fondness for ice cream. And in the desperate hours immediately following the 9/11 attacks, Soufan wears down the diabetic Abu Jandal, a former bodyguard for Osama bin Laden, with sugarless cookies, establishing that Al Qaeda was indeed responsible for the 9/11 attacks.

There are other levers Soufan uses, of course, to get information out of his subjects. Khertchou is furious over bin Laden’s refusal to pay for his wife’s cesarean section. Owhali is overwhelmed by the quality of information the FBI has assembled. Abu Jandal, despite his fondness for bin Laden, is shocked at the scale of the attacks—particularly after Soufan manipulates him into believing that hundreds of Yemenis died in the assault on the towers. Soufan also exploits regional resentments between Al Qaeda members; the “Gulf Arabs” were frequently resentful of Egyptian members’ superior influence and financial benefits, to the point that Al Qaeda would divide into Egyptian and Gulf teams for their Friday soccer games. Soufan leverages their ignorance of the Koran and uses their fidelity to extremist ideology to manipulate them into talking.

Because Soufan played a key role in investigating Al Qaeda’s most successful strikes against the United States, from the East Africa embassy bombings to the 9/11 attacks, his account reads a bit like a first-person version of Lawrence Wright’s The Looming Tower, a definitive book on bin Laden’s terrorist movement in which Soufan figures prominently. A Lebanese immigrant and self-identified “fraternity boy,” Soufan applied to the FBI armed with knowledge of Arabic, Islam, and the Middle East that would make him a crucial part of the bureau beginning in the late 1990s. His reliance on traditional methods of interrogation put him at odds with the brutal tactics implemented by the Bush administration after 9/11.

In 2009, having since retired, Soufan came forward as a key opponent of torturing suspected terrorists. Through newspaper op-eds and congressional testimony, he argued that torture was useless, and that the Bush administration had claimed credit for intelligence he himself had acquired without torture in order to retroactively justify its tactics. Soufan, who writes his book that he preferred Bush over Gore and identified with the “strong national security approach to the GOP,” quickly became a target for the political right because of his opposition to torture. Soufan’s criticism of the CIA, meanwhile, is reportedly the reason for the book’s lengthy redactions of information that is already public knowledge.

Treating every terrorist as a mere drone in a massive Muhammadan hive mind misses the point.

In The Black Banners, Soufan tells this story in more detail than ever before—complete with the Brechtian amateurism of the psychologists who insist, even as their “enhanced interrogation techniques” fail, that torture will work if only they can torture a little bit more. Soufan asserts that useful information extracted from key Al Qaeda operative Abu Zubaydah was acquired by Soufan prior to Zubaydah’s being waterboarded 83 times. He also points out that alleged 9/11 mastermind Khalid Sheik Mohammed, despite being waterboarded 183 times, didn’t just manage to withold information about the courier who ultimately helped the Obama administration find bin Laden’s secret compound; he also managed to keep secret “ticking time bombs” in Spain, Britain, and Indonesia—all places struck by Al Qaeda plots that KSM likely knew about.

Soufan’s story also serves as a rebuke to the Islamophobic “Shariah panic” that has gripped the right wing of the Republican Party since Bush left office. Support for torture and the blanket fear of Muslims have similar intellectual roots: Both presume that Muslim extremists are unflappable warrior-monks whose commitment to brutality is matched only by their encyclopedic knowledge of the Koran. Soufan writes of the prostitute-seeking, liquor-shot-pounding extremists that he was surprised “how morally corrupt (in Islamic terms) some al-Qaeda members are.” Soufan notes that while “they could quote bin Laden’s sayings by heart,” in many cases they were largely ignorant about theology. “I knew far more of the Koran than they did,” he writes.

The Islamophobes in particular blast their critics for failing to grapple adequately with the details of Al Qaeda’s brand of Islamic extremism: Know your enemy, they admonish. Which is ironic, because theirs is a mantra Soufan shares. “People ask what is the most important weapon we have against al-Qaeda,” he writes, “and I reply, ‘knowledge.'” Soufan is talking about the extremists’ unique and flawed Islamic theology, but he’s also referring to their petty jealousies, personal foibles, and past histories. Treating every terrorist as a mere drone in a massive Muhammadan hive mind misses the point. “Each detainee is different, knows different things, and has different triggers that will get him to cooperate.”

The title of the book stems from a hadith popular among Islamic extremists: If Muslims see an army rising from the historic region of Khurasan in Central Asia marching under the black banners, they should join them. The idea is that this army will defeat the enemies of Islam in an apocalyptic final battle. Yet despite its popularity among extremists, scholars consider the hadith to be of “questionable origin.” Like all religious extremists, Al Qaeda’s embrace of rigid textualism is selective.

“I saw you in Afghanistan!” Quso exclaims. “Maybe,” Soufan says.

Soufan describes many instances in which he uses his knowledge and a savvy rapport to exploit the personal foibles and intellectual weaknesses of his subjects. He kneels down to pray with Mohammed al-Qahtani, who was originally meant to be one of the 9/11 hijackers. He engages Al Qaeda propagandist Ali al-Bahlul in a theological debate whereby he shames Bahlul into giving up information. And Soufan’s encyclopedic knowledge of Al Qaeda helps him keep Fahd Mohammed Ahmed al-Quso, one of the planners of the USS Cole bombing in Yemen in 2000, talking. Shocked by how much Soufan knows, and unwilling to believe an Arab Muslim could be an FBI agent, Quso convinces himself that Soufan is an Islamist double-agent. “I saw you in Afghanistan!” Quso exclaims. “Maybe,” Soufan says. Quso starts bragging about his exploits, assuming he isn’t telling Soufan anything he doesn’t already know. He doesn’t realize how much he’s giving away.

The story of America’s most famous Arab American FBI agent couldn’t come at a more poignant time, with the FBI fighting off institutionalized Islamophobia in its own ranks. A recent spate of stories from Spencer Ackerman at Wired exposed training that portrayed Islam as inherently violent, and mainstream American Muslims as terrorist sympathizers. FBI agents were being taught that the more religiously observant Muslims are, the more likely they are to be terrorists—a ridiculous proposition, especially when one considers that the 9/11 hijackers went out of their way not to be observant so as not to draw suspicion.

Soufan’s story, implicitly an example of the triumph of American pluralism, nevertheless underscores the degree to which the FBI has largely failed to produce more Ali Soufans.

“Having grown up in a country pulled apart by sectarian discord, I had come to appreciate the greatness of the United States and admire the ideals that had created the nation,” Soufan writes, remembering having to huddle with his parents as bombs exploded in his old neighborhood in war-torn Lebanon. “To those of us who have filled the alternatives, they are filled with meaning.” This is why families like Soufan’s have always come to the United States. Scores of America’s Muslims have similar stories—and yet agents like Soufan remain uncommon. Last year, Lawrence Wright said in a conversation about his book that there were eight Arabic speaking agents in the FBI on 9/11, and still only nine now. In fact, as Wright told The Economist in 2010, “If Ali Soufan tried to work in the FBI now, he probably couldn’t get security clearance.”

Towards the end of the book, Soufan recounts an incident that occurred shortly before his retirement from the FBI in 2006. At a gala in New York City, a reporter asks FBI Director Robert Mueller, “Where do you see the future of the FBI?” Mueller points to Soufan and says, “That is the future of the FBI.” It’s a prophecy that, sadly, still shows little sign of coming true.