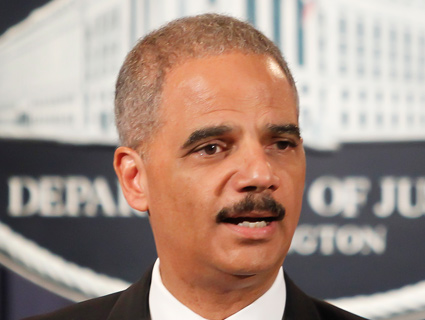 In recent months, the Justice Department has shown a new fervor for enforcing the Foreign Agents Registration Act (FARA), which requires any group trying to influence US policy on behalf of a foreign government, political interest, or company that’s majority-owned by a foreign power, to register with the agency. FARA doesn’t apply to good old, influence-buying lobbying. The law, instead, concerns activities that would typically be designated as public relations or strategic consulting work.

This year alone, over two dozen law firms, PR shops, and tourism offices have retroactively filed paperwork with the DOJ’s FARA unit, detailing work they completed years ago—likely in response to the DOJ peppering them with audits, The Hill‘s Kevin Bogardus reports:

“The FARA unit appears to have increased the number of routine audits, the number of routine notices regarding missing and late filings,” said Joe Sandler of Sandler Reiff Young & Lamb. “It seems to me that they have been a little bit more diligent in looking into firms that should have filed but haven’t.”

In an update sent to clients last week, Covington & Burling said it seems that Justice “is continuing to expand its enforcement activities of this often-overlooked statute, this time targeting those that the department believes should have registered under the statute for doing work on behalf of a foreign entity.”

Covington’s memo said Justice will typically “cite news articles or other public information that appears to suggest a connection between the letter’s target and an entity abroad.”

[Covington attorney Rob Kelner] said a “wave of audits” under FARA began about two years ago.

“No one who I talk to had seen a FARA audit in many, many years,” Kelner said.

Since 1966, there hasn’t been a single successful criminal prosecution under FARA, and only 3 indictments charging FARA violations—which means that the flurry of activity in 2011 is somewhat unprecedented.

In March, Mother Jones reported that work done for the Qaddafi regime in Libya by the Boston-based Monitor group—a consulting firm founded by a group of Harvard academics and business professors—may have run afoul of FARA. Spoiler alert: It did. In May, Monitor retroactively registered for the $1.65 million worth of work it did in Libya, following an internal investigation. And in July, the DOJ alleged that two Pakistani-Americans had spent the past two decades working as agents of Pakistan’s intelligence service without registering under FARA.

So why all the fuss, and why now? One theory: That Justice views FARA as the tip of the spear in rooting out groups actively helping the Qaddafis, ISIs, and Syrias of the world. In the Monitor instance, for example, the alleged FARA rule-breakers actively worked as boosters for the Qaddafi regime, writing favorable essays and op-eds for prominent Western publications while frequently failing to disclose their Monitor Group ties. But the DOJ unit had several years to turn the heat up on Monitor, and didn’t.

The more likely story is that high profile cases like Monitor have highlighted the fact that firms are skirting the law. Now that they’re being pressured to file, will these firms now have to weigh more carefully whether they’ll take on lucrative but controversial clients?