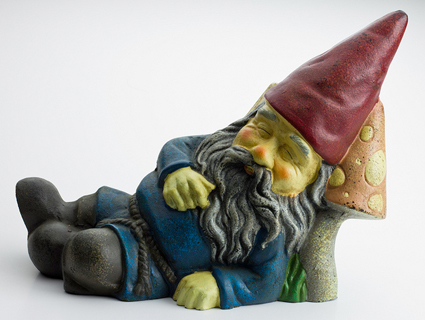 In his fight for smaller government, Florida Rep. Ritch Workman wants to do something for the little people: He wants to let ’em fly. The Melbourne Republican has decided that the state’s 22-year-old ban on dwarf-tossing in bars is keeping height-challenged residents from realizing their full career potential in a recession. “To me it’s an archaic kind of Big Brother law that says, ‘We don’t like that activity,'” Workman told Florida Current reporter Bruce Ritchie. “Well, there is nothing immoral or illegal about that activity. All we really did by passing that law was take away some employment from some little people.”

Once a staple of spring-break barrooms from Key West to Pensacola, dwarf-tossing (once incorrectly and more offensively referred to as midget-tossing) involves seeing which PBR-pickled frat brother can throw a Velcro-encased dwarf higher up a fabric-lined wall. State lawmakers banned the practice in 1989, finding it not only demeaning but physically taxing on the small subjects. But Workman’s introduced legislation that would repeal the ban, taking his lead from such high-minded libertarian thinkers as TV newsman John Stossel. (That pundit’s reaction to a dwarf-toss ban: “Give me a break!”)

It’s unclear whether the legislator realized that October was Dwarfism Awareness Month when he introduced the bill, but its text is pure Workman. Chopping government regulations is kind of his thing; the St. Pete Times has described him as possessing “a zeal for repeal.” However, it may be that he’s just got the pleasure-seeking heart of a frat boy: In addition to opening the dwarf-tossing floodgates, he’s crafted legislation to loosen restrictions on minors getting tattoos and restaurant patrons getting snoggered, and he’s fought for Floridians’ right to not control or report “dangerous fires.” And though he identifies as Christian and conservative, the legislator’s got no problem sponsoring a bill that would absolve unmarried adults for “lewdly and lasciviously” living together. Live and let live, as Workman might say.

Well, not entirely: He’s also co-sponsored restrictions on abortion, and he advocates an Arizona-style law to roll back immigration. “Our legislators cannot allow political correctness and misinformation to obstruct Florida’s right to do the job the federal government refuses to do,” Workman has said. Translation: Workman will make sure unborn dwarves grow up with the option of being hurled by drunks to pay the rent…assuming, of course, the dwarves are born in America.