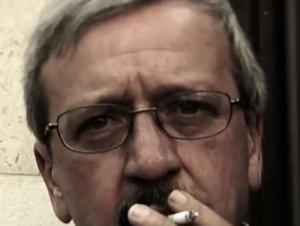 Washington was in full feeding frenzy mode on Monday over reports that Herman Cain, as president of the National Restaurant Association, had been accused of “unwanted sexual advances” by former female employees. That is, needless to say, bad news for Cain’s presidential campaign. But the Milwaukee Journal–Sentinel has its own big investigation this morning that’s just as damning, if not more so: Cain’s chief of staff, Mark Block, flouted federal elections laws and disclosure requirements by using his own non-profit to essentially fund the campaign for its first few months. The expenditures are documented in the filings of Blocks group, Prosperity USA, but are never mentioned as debts in Cain’s own campaign finance filings. Among other things, Prosperity USA paid for iPads, chartered flights, and trips to Vegas for the Cain campaign:

The national election expert who works with GOP candidates said it would be a violation of the tax code for Prosperity USA to advance money to the Cain campaign for these items. She said there also are strict federal election regulations on reporting debts and incurring travel obligations.

The records suggest that Prosperity USA had been underwriting travel for Cain even before he announced his plans to run for president.

For instance, one document says the group was to be paid $5,000 for the costs associated with Cain’s speech in September 2010 to the conservative Right Nation rally in Chicago, an event that the records say Cain attended at the request of Americans for Prosperity. The Cain campaign later used a segment from that speech in a campaign ad.

As a tax-exempt non-profit, Prosperity USA would not have been legally permitted to make donations, either directly or in-kind, to a presidential campaign. As one elections expert told the paper, “If the records accurately reflect what occurred, this is way out of bounds.”

The charges are especially noteworthy given Block’s own history. He was suspended from participating in any elections in the state of Wisconsin (other than voting, of course) for three years and forced to pay a $15,000 fine after a similar scandal in 1997. In that race, where he worked for a candidate for the state supreme court, he set up a supposedly independent non-profit designed to register voters, but in effect turned it into a campaign organ. It’s not quite as salacious as sexual harassment charges, but it’s a lot more recent, and suggests a certain carelessness (to be generous) with campaign finance law.