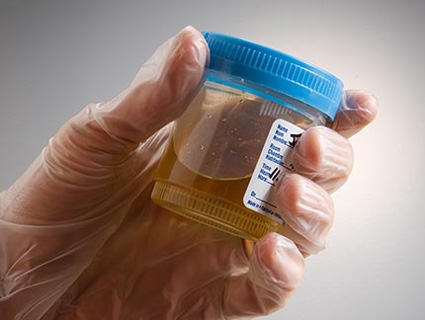 Two months ago, we told you how Florida Gov. Rick Scott’s plan to drug-test the state’s welfare recipients—at their expense—turned out to be a very costly waste of time. Now the effort has been ruled unconstitutional, too.

“Though the State speaks in generalities about the ‘public health risk, as well as the crime risk, associated with drugs’ being ‘beyond dispute,’ it provides no concrete evidence that those risks are any more present in TANF applicants than in the greater population,” Scriven wrote in her ruling against Florida’s government. “It is not enough to simply recite a governmental interest without any evidence of a concrete threat that would be mitigated through drug testing.”

The state ACLU and the Florida Justice Institute filed the suit on behalf of one Luis Lebron, who refused to pay for the $10-to-$82 urinalysis that would have proven that he was drug free. As the ACLU of Florida’s Maria Kayanan put it:

Luis, 35, is a U.S. Navy veteran and a single father who fought to establish paternity of his son. He goes to college full-time and cares for his disabled mother. Recently, his veterans’ benefits ran out; he was living day to day on student loans and grants, teetering on the brink of poverty, so he asked the state of Florida for a helping hand and qualified for food stamps and Medicaid.

Luis also qualified for TANF, but there was a catch…He would have to give a sample of his urine to a lab and acknowledge that the state would share any negative results with Florida’s Child Abuse Hotline. Luis knew he’d test negative because he doesn’t use illegal drugs, but that wasn’t the point: he also knew that he shouldn’t have to submit to an invasive search to prove it.

Judge Scriven agreed, shooting down the notion that the state would save taxpayer money from being spent on drugs by welfare recipients. Ultimately it’s Florida that is wasting “millions of [welfare] dollars” to fund the drug tests, she wrote in her opinion. She noted that Florida attorneys had offered a pamphlet asserting that the drug plan would save money, but that “the data contained in the pamphlet is not competent expert opinion, nor is it offered as such, nor could it be reasonably construed as such…Even a cursory review of certain assumptions in the pamphlet undermines its conclusions.”

Judge Scriven also balked at state attorneys defending the law by claiming Florida’s government has a right to nanny Luis’ son. “The State contends that by being the conduit for a maximum of $241 per month in federal cash assistance for a finite period of time to TANF applicants, it somehow ‘steps into the role of the parent,'” she wrote, saying that argument was “without merit.”

She added: “Even if the State did assume some authority over the children, it does not follow that the State would be justified in drug testing their parents, whose role the State suggests it supplants.”