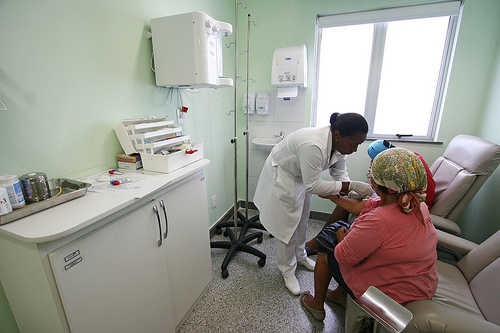 Climate change-related disasters caused $14 billion in health costs in first decade of the 2000s, according to a new paper published this week in the journal Health Affairs. The paper looks at six case studies of weather events in the US, all of the type predicted to increase or grow more severe as climate change progresses, like hurricanes, floods, and heat waves. It then determines the cost of disease, injury, and death related to those events.

Each individual event can be pricey. Ozone pollution in the US over the period of 2000 to 2002 cost $6.5 billion in emergency room visits, missed days at work or school, or early deaths (a particular concern for the elderly and people with preexisting respiratory conditions). The California heat wave in 2006, during which record temperatures were recorded all over the state over a two-week period, cost $5.4 billion. A lot of those costs came from hospitalizations and ER visits for problems like dehydration and heat stroke.

Sure, going to the hospital is pricey. But dying isn’t free, either. The researchers used the EPA’s value of a statistical life—a rough estimate of how each individual life costs—of $7.9 million.

$14 billion is a pretty big number for just 10 years. But that’s only looking at a handful of specific incidents. There are also costs associated with climate change that don’t stem from extreme events—things like increased problems related to asthma or allergies, or even problems like kidney stones, as we reported last year.

“Health has been unfortunately absent and not at the front and center in the discussion of what climate change is all about,” Kim Knowlton, a senior scientist in the health and environment program at the Natural Resources Defense Council and the lead author on the paper, told Mother Jones. “It really is a problem with a human face. I think this work draws out dimension that hasn’t been drawn out previously.”

The paper points to the fact that climate change is something that both health care providers and insurers might want to pay more attention to. As I reported last year, insurers have been slow to take on climate as an issue they should be factoring into their long-term planning.

The US has already seen a record number of billion-dollar weather disasters in 2011. And those tallies don’t include the kind of health-related costs that these public health experts discuss in the paper. Meanwhile, the forthcoming IPCC report anticipates more extreme weather down the line.