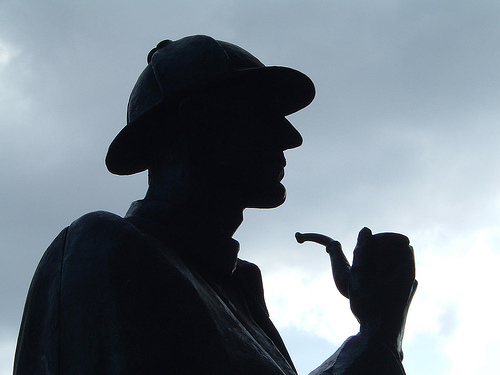 The release of a new round of pilfered emails from climate scientists has so far drawn much less attention than the first iteration of “Climategate” in 2009. But one interesting thread that’s reemerged is the question I set out to answer earlier this year: who’s behind the hack?

It’s a mystery that has remained unanswered for two years. Staff and others close to the University of East Anglia are adamant that it was not an internal leak, and that an outside party breached the server to obtain the emails. This latest batch of 5,000 emails appears to be more from those obtained in 2009, rather than a new hack. Climate skeptics keep insisting, with no proof, that this has been an inside job orchestrated by a sympathetic staffer or grad student.

The Norfolk Constabulary, the local police department responsible for the official ongoing investigation, has been mum on the whole deal. In reporting on Climategate for this magazine, the most I could get out of the police were assurances that the department was still working the case. “Due to the sensitivity of the investigation it has not been possible to share details of enquiries with the media and the public and it would be inappropriate for us to comment any further at this time,” said a less-than-helpful police spokesperson via email last year.

Turns out that the coppers have been doing almost nothing about the original hack. As the BBC’s Richard Black writes on the latest release (via DeSmogBlog):

The Norfolk Police clearly see it as a criminal act too, a spokesman telling me that “the contents [of the new release] will be of interest to our investigation which is ongoing.”

Groups like [the Union of Concerned Scientists] are, however, beginning to ask where that investigation has got to.

I have been passed information stemming from an FoI request to Norfolk Police showing that over the past 12 months, they have spent precisely £5,649.09 on the investigation.

All of that was disbursed back in February; and all but £80.05 went on “invoices for work in the last six months.”

Of all the figures surrounding the current story, that is perhaps the one that most merits further interrogation.

That’s about $8,843.64 when you convert it to US currency. That hardly seems consistent with a vigorous, let’s-get-to-the-bottom-of-this probe. Will this new release of hacked emails prompt a real investigation?