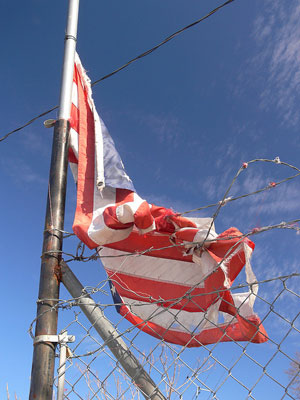 On Monday afternoon, the Senate began its deliberations over the National Defense Authorization Act, which contains controversial provisions that would authorize the indefinite military detention of American citizens suspected of terrorism, mandate it for non-citizens, and potentially interfere with the transfer of low-level insurgents in Afghanistan. The administration has already threatened to veto the bill in its current form. A vote is expected on Wednesday.

Responding to widespread criticism of the bill, Senators Carl Levin (D-Mich.) and John McCain (R-Ariz), the chairman and ranking member of the Senate Armed Services Committee respectively, defended the detainee provisions in a Washington Post op-ed Monday, arguing that the bill isn’t as bad as critics claim:

The most controversial point involves the circumstances under which a terrorist detainee should be held in military, rather than civilian, custody. The bill provides that a narrowly defined group of people — al-Qaeda terrorists who participate in planning or conducting attacks against us — be held in military custody.

However, the bill does allow the administration, through a waiver, to hold these al-Qaeda detainees in civilian custody if it determines that would best serve national security. Moreover, the administration has broad authority to decide who is covered by this provision and how and when such a decision is made.

The two senators argue that the legislation “specifically prohibits the interruption of ongoing surveillance, intelligence-gathering or interrogation sessions.” This is what you might call an “Arizona exception,” after the clause in that state’s draconian SB 1070 immigration bill that explicitly “prohibited” racial profiling. Just as SB 1070 “prohibited” racial profiling while in practice encouraging it, the detainee language in the defense bill “prohibits” the very thing the bill does: adding another set of rules federal authorities are obliged to follow in order to comply with the law.

“[Law enforcement authorities] should have the flexibility to make these calls on the ground,” said one senior administration official. “They shouldn’t have to worry about the White House getting the secretary of defense on the phone.” While the administration’s statement of policy reflected concerns raised by civil libertarians about militarizing domestic law enforcement matters, the administration has mostly emphasied the national security angle.

Although Levin and McCain wrote that they’re not trying to tie the executive branch’s hands, Sen. Kelly Ayotte (R-N.H.), who wants to amend the NDAA to remove restrictions against torture, plainly told the Wall Street Journal that her reasons for supporting the detention restrictions is that she believes they will force the administration to move toward her preferred policy—military detention for all non-citizen terror suspects. “I don’t believe the criminal system should be a default position,” even for suspected terrorists apprehended inside the US, Ayotte said. She believes the bill will tie the administration’s hands; that’s why she’s backing it.

Requiring special permission to use the US justice system is hand-tying whether McCain and Levin think so or not.