While researching my blog post on the ACLU’s decision to take the issue of gene patenting to the Supreme Court last week, I came across several particularly peculiar US patents granted to aspiring inventors over the last 200 years. 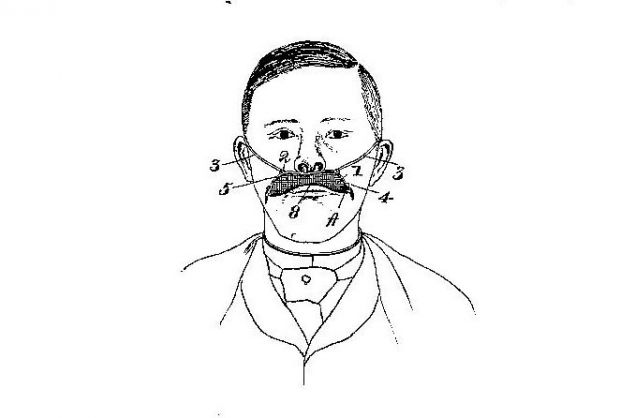 The “mustache guard” was patented on April 29, 1890, to William Purdy Hellings of Aurora, Nebraska. “[The mustache guard]…will enable the wearer [with] a large mustache to eat or drink without being annoyed by his mustache getting into his victuals and mouth,” Hellings wrote. This would do away with “the constant use of the napkin and the disgusting habit that some men of sucking the mustache to catch the drip.” 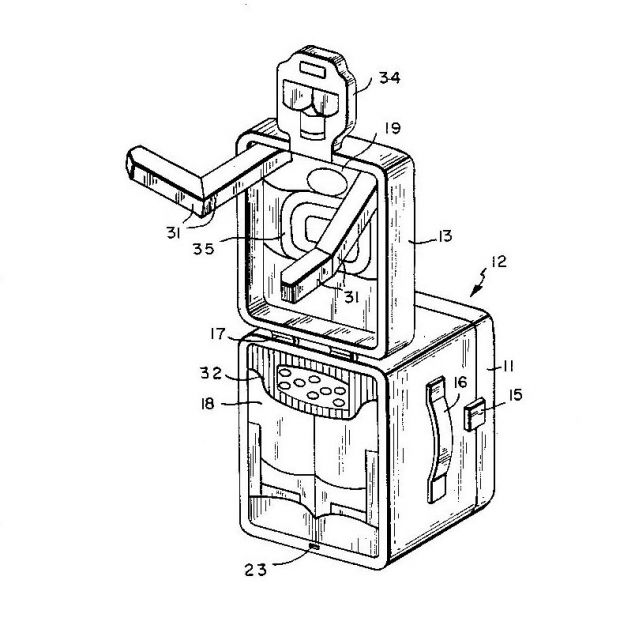 The “transformable lunch-box robot,” patented on May 19, 1987, by Ann Marie and Stephen P. Dlott of Northboro, Massachusetts, aimed to make eating lunch more fun. “Among trend-conscious children, who have always been strongly influenced by the ins and outs of style as dictated by their peers, the lowly, traditional lunch box has fallen out of favor,” they wrote. “The present invention is designed both to increase the appeal of the lunch box to children as well as to capitalize on the transformable trend in toys.” 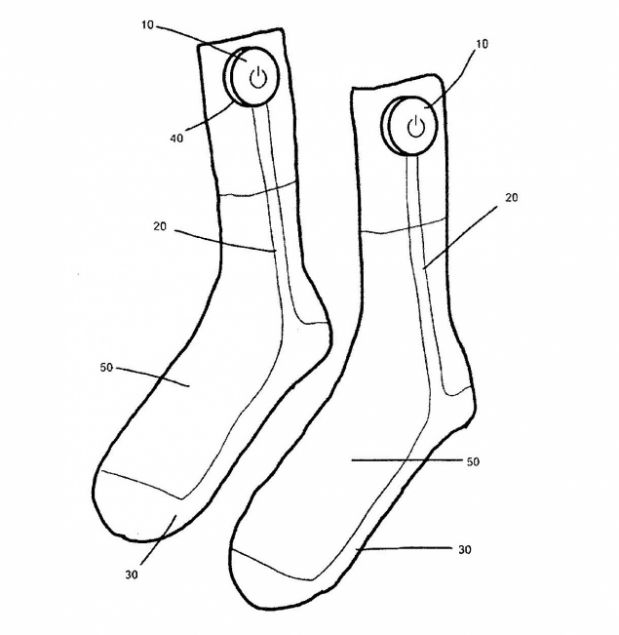 “Massage socks” were patented on April 29, 2010, by Roy C. Sanchez of Las Vegas. The massage sock, writes Sanchez, “gives [the user] the ability to stimulate, contract, massage, and relax feet muscles inside the socks without taking off shoes.” 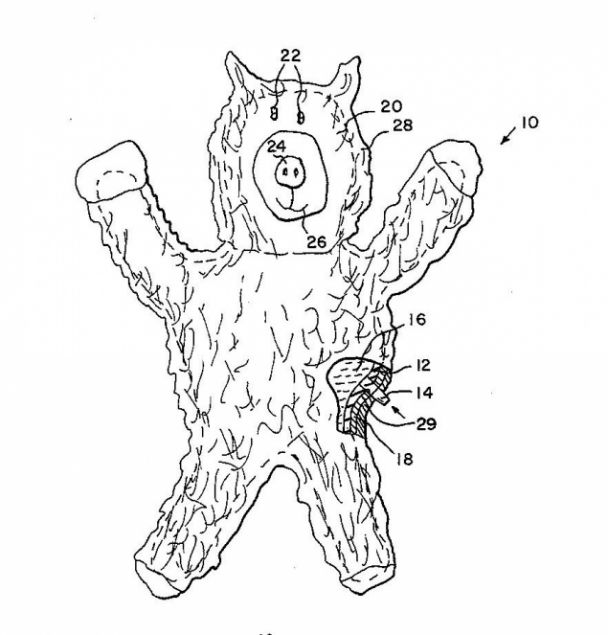 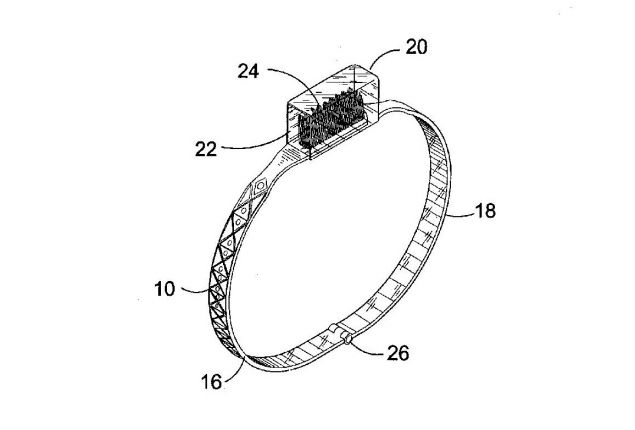 The “jewelry toothbrush” was patented on September 13, 2005, by Michael E. Berglass of Port Washington, New York. “Dentists are constantly reminding their patients to brush after every meal,” he writes. “This is a difficult task for children in school or away at camp. The present invention overcomes these problems by providing a jewelry bracelet that incorporates a toothbrush. The bracelet looks cool and is a great reminder to brush after each meal.” 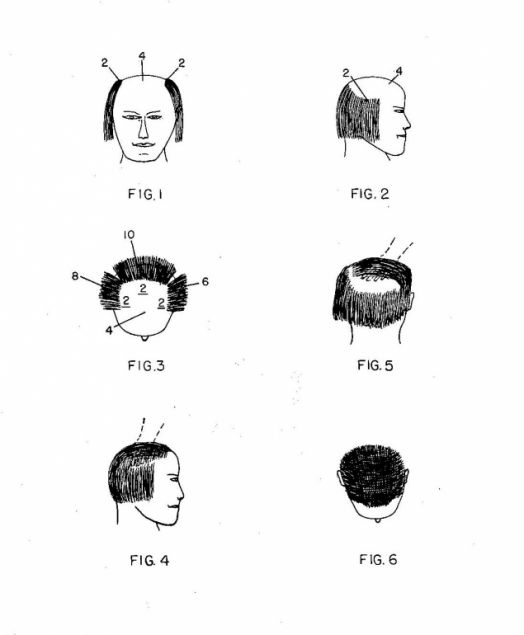 The “method of concealing partial baldness” was patented on May 10, 1977, by Frank and Donald Smith of Orlando, Florida. They developed “a method of styling hair to cover partial baldness using only the hair on a person’s head,” creating the effect of a patently terrifying comb-over. The styling requires “dividing a person’s hair into three sections and carefully folding one section over another.” 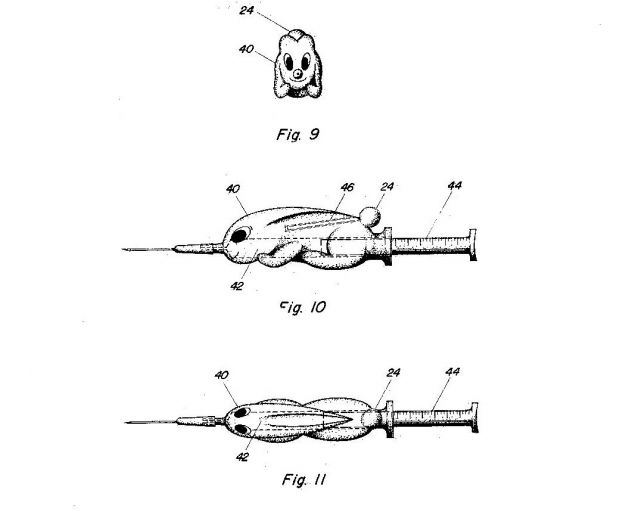 The bunny syringe was patented on January 24, 1967, by Robert L. Smeton of Twentynine Palms, California, based on the strange misconception that this would make children fear needles less, rather than fear bunnies more. Preventing fear of needles in children, wrote Smeton, “will elevate the standards of work of the medical and dental fields, thereby improving the overall health standards of our nation.” 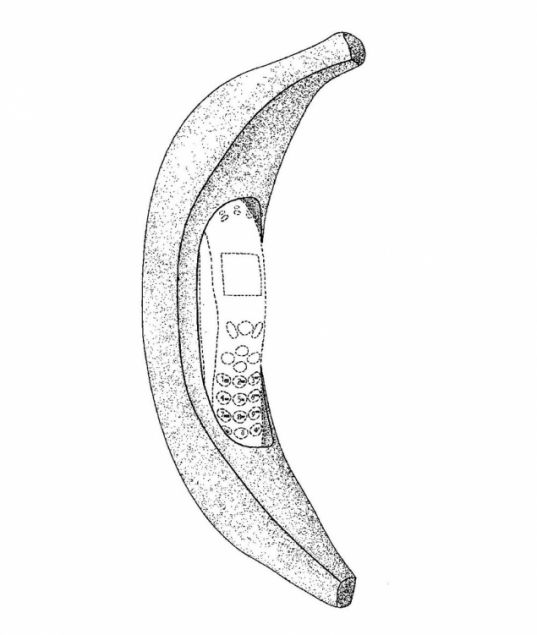 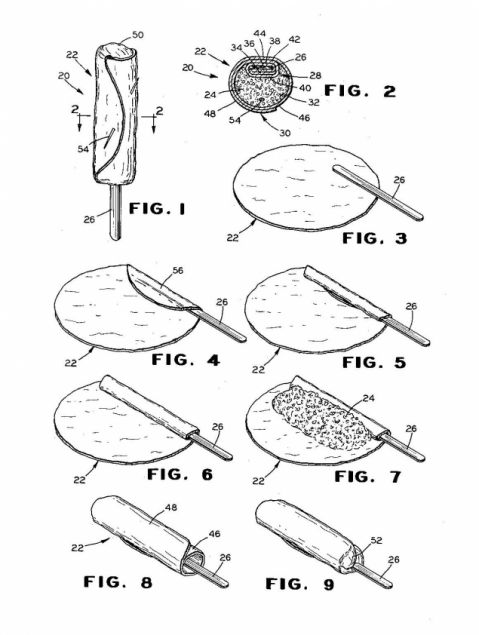 The “readily portable burrito” was patented on August 16, 1983, by Eddie L. Bernal of Defiance, Ohio. The burrito is placed on a stick and thus “approaches that of an ice cream bar or a coated hot dog,” wrote Bernal, who seems to have been under the impression that the burrito was not already a portable enough food option. 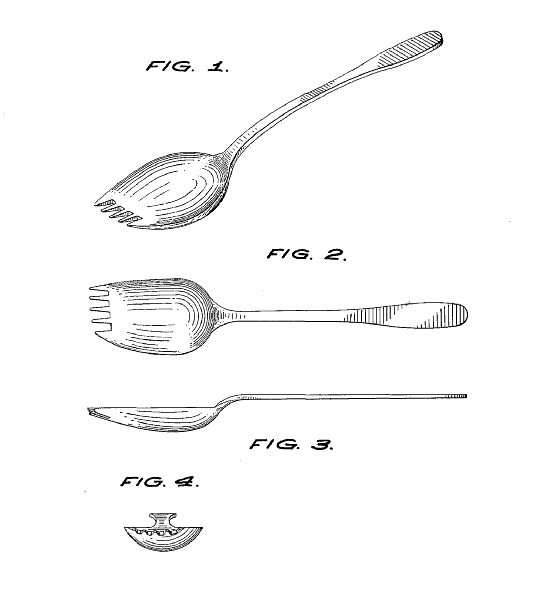 Possibly unbeknownst to inventor Anthony M. Dedic of St. Louis, his peculiar patent for the “combined fork and spoon” granted on November 24, 1964, would eventually come to define school cafeteria dining for American children everywhere. Less successful prior incarnations of the hybrid utensil included an ill-advised knife/fork/spoon combination with the knife as the handle. Although the combined fork and spoon was an ingenious invention, it was not until 1998 that two other innovators actually trademarked the name “spork.” Regardless of his nomenclatorial shortcomings, Dedic’s invention was elegant in design and powerful in function, and thus was a peculiar patent deserving of its 14 years of patented glory.