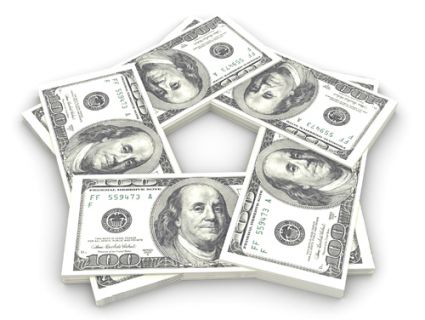 Last week I reported on the activities of the little-known Defense Business Board, an advisory panel of corporate executives that aspires to overhaul Pentagon operations using Wall Street-style management and cost-cutting tactics—including a controversial proposal to privatize military retirements. Over at Gunpowder and Lead, DOD employee and operations analyst extraordinaire James Skylar Gerrond sets his sights on my story:

[I]n this case I think Adam’s desire to tell a good partisan story overwhelmed his responsibility to be intellectually honest. This article completely overstates the influence of the DBB, wrongly frames them as lacking empathy for military members and misrepresents their recommendations on a number of issues…The reason you’ve never heard of the DBB isn’t that they are overly secretive, its just that they aren’t really that important.

Sky—who’s eloquently taken issue with the DBB’s plan on GI pensions before—makes some worthwhile points, in particular taking me to task for writing that the board’s members “know little about military affairs.” Three of the 12 main board members do have military backgrounds, as Sky points out, and I’ll gladly take the heat for downplaying that. All the same, the résumés of the DBB members are much more stacked with a different kind of service: high-level roles at Goldman Sachs, Bear Stearns, Merrill Lynch, the Bank of Virginia, and other investment banks and consulting firms.

Sky and I subsequently agreed that merely having a debate about an obscure bureaucratic body can only be good for democracy. But his critique misses the larger thrust of my reporting. Donald Rumsfeld, who launched the panel as defense secretary in 2001, is well known for being a corporate-practices champion—and he didn’t charter the Defense Business Board to do nothing. Initially, it was to exist for two years; it’s been around for a decade and counting, and it has influenced some Pentagon policies along the way, as I detailed in my piece. And as Sky (he’s a stand-up guy) conceded in a recent back-and-forth on Twitter, the fact that leading neocon and Iraq war booster Richard Perle was an original board member certainly suggests the DBB agenda was meaningful to the Bush White House. Most importantly, the board’s ideas have gained currency this year, as the debate over recasting military pensions shows.

The Defense Business Board’s dealings are indeed banal and bureaucratic, and in the past its influence has generally been small compared with, say, that of your average defense lobbyist or House Armed Services member. But there’s been a major shift in our political culture in this Great Recession, and the military is not immune to it. As governors from Wisconsin to Ohio maneuver to cut public employees’ pensions and bargaining rights, it’s no coincidence that more politicos are now spending more time scrutinizing benefits for war vets than the colossal costs of nukes or other overpriced machinery in a bloated military budget. In this atmosphere, a group of “best practices” experts with Wall Street pedigrees is likely to get a more receptive audience, and shining a light on their background and track record is valuable. It shows the public where they’re coming from.

Among the finer points I covered: Sky argues that the DBB never actually advocated that the Pentagon use “fuel hedging,” a strategy practiced by airlines and other large corporations that involves purchasing oil futures as a hedge against rising oil prices. (If a huge entity like the Defense Department were to go long on oil futures, there would be an obvious upside for big energy companies—to which some DBB board members also have ties.) Well, sure, the DBB took a “balanced” look at the alternatives—hedging a lot, hedging a little, not hedging at all. And it continues to “study” fuel hedging today—along with recruiting MBAs into the Pentagon, raising executive pay, reducing job protections for lower-level employees, and privatizing servicemembers’ retirements. The DBB, in other words, is adept at keeping its policy alternatives in play until they garner interest from decision makers—when there is, say, a resurgent interest in union-busting and cutting government-employee pensions. In bureaucratic politics and agenda-setting, timing is everything.

Another point: My reporting was not meant to suggest that the military retirement system isn’t worth reforming. In fact, I suggested the opposite—and reform is likely inevitable now. Which makes it all the more noteworthy that this corporate panel’s recommendations on how to do it have started getting traction in Washington. Spending on defense is certainly ripe for cost-cutting in this era of deficit and budget crisis, but you would hope that it’s done in a way that keeps the interests of servicemembers more directly at heart.

For more on that very topic, check out my rundown on the DBB on this post-Thanksgiving episode of RT’s Alyona Show: