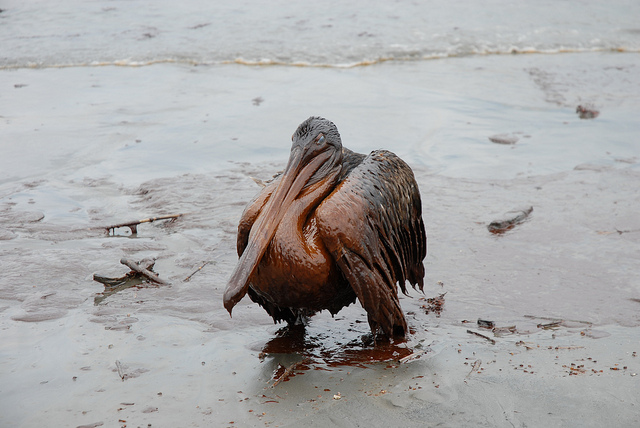 It’s been more than a year and a half since the BP oil spill sent 4.9 million barrels of crude gushing into the Gulf of Mexico, and many of the communities and ecosystems affected by the spill are still struggling to recover. But there’s still a big wild card out there: Under the federal Clean Water Act, BP can be fined up to $4,300 per barrel of oil spilled, meaning the grand total BP will have to pay for Clean Water Act violations could be in the range of $5 to 20 billion.

Communities along the Gulf have argued that it’s only fair that the revenue from those penalties be used to help revitalize local economies and clean up what’s left of the oil. In July, a bipartisan group of Gulf Senators, including Mary Landrieu (D-La.), Thad Cochran (R-Miss.), Jeff Sessions (R-Ala.), and Kay Bailey Hutchison (R-Tex.), introduced the RESTORE Act (the Resources and Ecosystem Sustainability, Tourist Opportunities, and Revived Economy of the Gulf Coast Act 2011), which would direct 80 percent of Clean Water Act penalties to the Gulf Coast states of Texas, Louisiana, Mississippi, Alabama, and Florida for purposes of coastal recovery and restoration. (The Oil Spill Liability Trust Fund would hold onto the remaining 20 percent to cover any future spills.)

The bill is good policy all around: a recently published Duke University study found that in addition to helping communities recover from the oil spill, coastal restoration projects would create jobs and start to address the loss of Gulf coastal wetlands, many of which are reaching a crisis point after decades of erosion and further damage from the spill. But despite support from legislators of both parties, the general public, and environmental groups, the act has been slow to move through Congress. Part of the reason is that Landrieu and her co-sponsors have struggled to find a way to offset the $1.2 billion the CBO estimates the bill is expected to cost over the next ten years. The reason it could cost the federal government upfront is that it will probably take years before BP’s fines are assessed, settled, and paid in full. As Audobon legislative director Brian Moore points out, the government would probably have to cover those costs upfront, which isn’t an easy sell in the face of economic worries, calls for budget cuts, and diminishing attention to the spill’s aftermath.

In the past few days, though, supporters have made a big push for action on the bill, trying to get it included in the suite of appropriation bills Congress is considering before the holiday recess. People are worried that it’s now or never for this bill.  “A lot of us who are in support of the RESTORE Act realize the window of opportunity is closing the longer it takes,” said Michelle Erenberg of the Gulf Restoration Network, an environmental organization based in New Orleans. “As we go into an election next year, it’s going to be harder to get bipartisan support.”

Indeed, already some Republicans in the House, including Florida Rep. John Mica, have argued that the Clean Water Act revenue should go into federal coffers to help balance the budget. And the more time that passes since the spill, the less Americans outside the Gulf Coast are paying attention. If the RESTORE Act were sidelined, it would be another big blow to still-struggling Gulf communities.