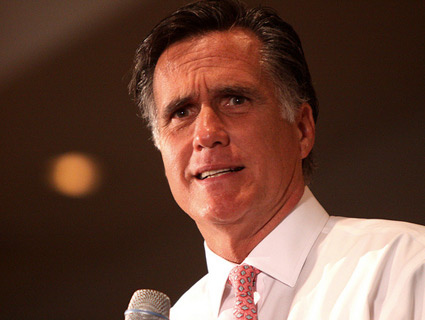 The rapidly increasing chance that former private equity executive Mitt Romney will be the GOP nominee for president hasn’t been all wonderful for the private equity industry. That’s because voters are growing hip to just how much investors and money managers at firms like Bain Capital—the private equity firm Romney co-founded—actually make, and the elaborate tax gimmicks that help them avoid paying what’s arguably their fair share. Whether that added scrutiny translates into tax reform is anyone’s guess. But the financial industry sees the writing on the wall, and is manning its defenses.

On Monday, the Private Equity Growth Capital Council (PEGCC) named long-time Washington insider Steve Judge as its new president. As I wrote this morning, the PEGCC is at the tip of the financial industry’s lobbying spear, turning millions of dollars worth of membership fees into legislation that keeps corporate taxes low and preserves loopholes that shield investment fund managers from higher taxes. Bain, from which Romney has made some $250 million over the years, was one of PEGCC’s charter members, although it has since left the group.

Given his background, Judge is a perfect fit to run the lobby shop. From 1987 to 1991, he served as deputy staff director of the House Banking committee, and later worked as legislative director for Rep. Bruce Vento (DFL-Minn.). Judge eventually moved through Washington’s lucrative revolving door, setting up shop as senior vice-president of government affairs for the Security Industry Association. To boot: Judge has been serving as the PEGCC’s interim president since last August, when former president Douglas Lowenstein stepped down.

Judge’s elevation comes not a moment too soon. On a conference call on Monday, Sen. Sheldon Whitehouse (D-RI) announced his plan to introduce “Buffett rule” legislation, which would slap a 30 percent tax on millionaires who pay a lower tax rate than middle-class taxpayers. Here’s Greg Sargent, who was on the call:

Under the proposal, those making more than $1 million a year would be required to calculate their overall tax rate, taking into account all their income and the full sum of what they pay in taxes. If that amount adds up to less than 30 percent, they would be required to make up the difference.

Whitehouse boiled down the proposal into one line: “If your income is over 1 million, multiply it by 0.3, and if that number is bigger than you’d otherwise be paying, pay that.”

Inerestingly, Whitehouse confirmed that the White House had been notified about what he’s up to, which suggests Obama advisers are happy to see this proposal proceeding, at a minimum for the purposes of discussion. . . .

“People believe that the American tax system is not fair, and that the more lobbyists and the more wealth you have, the more goodies you get out of the tax system,” Whitehouse said. “This is a welcome proposal and I hope this will be supported across the board.

Whitehouse’s legislation is just the sort of thing to whip the PEGCC into a frenzy. If recent history is any guide, the group—and its new leader—will be ready to play hardball.