Forget everything you’ve heard about shrinking government, icing the welfare state, and giving poor children the maintenance tools to pull themselves by their bootstraps—at the Conservative Political Action Conference, everyone’s just looking for a handout.

That, at least, was my conclusion after talking to the good folks at Procinctu, a firm that “works to arm you with the knowledge and tools necessary to attain self-sustainment, empowerment, and security.” That entails a number of things—warning you against the evils of Monsanto, promoting the purchase of gold and silver, encouraging exercise. And purchasing, for $10, this t-shirt: 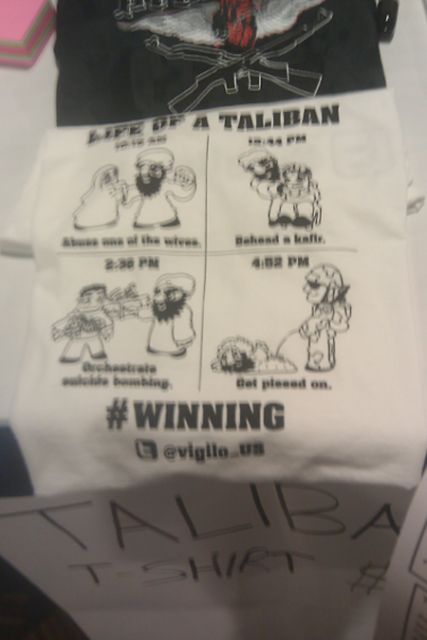 If that’s tough to read, let me spell it out for you: It’s a t-shirt celebrating corpse desecration (a response to this). No one’s buying, though; mostly people just come by, snap a photo, and keep on walking when they find out it’s not free.

Maybe that’s because everything else at CPAC is free. Here’s a very incomplete sampling: 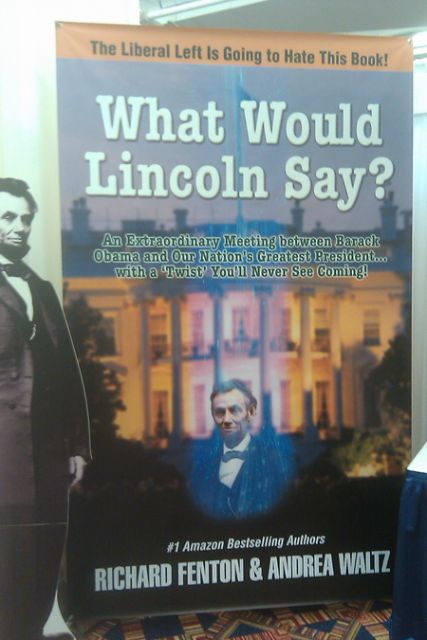 The plot of this book—free, if you promise to tell three friends about it—is that Einstein was wrong, time-travel is possible, and our 16th president has done exactly that in an attempt to steer America back on course.

Redecorating your office? Looking for something for that special someone this Valentine’s day? Enter to win a free portrait of your favorite GOP presidential candidate: 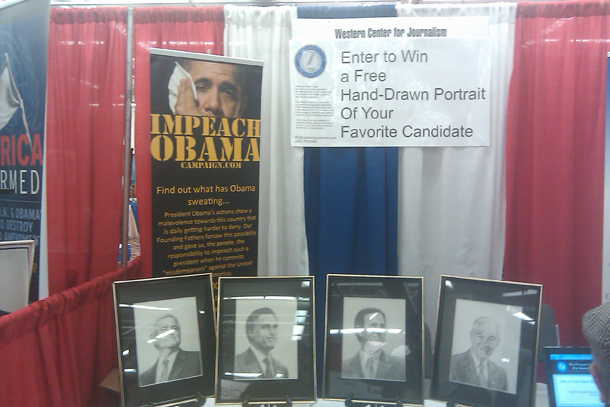 Of course, if you load up on hand-drawn portraits of GOP presidential candidates, you’ll probably need a car to help you bring them home with you. And if you’re going to have a car, you’ll want a bumper sticker to go with it: 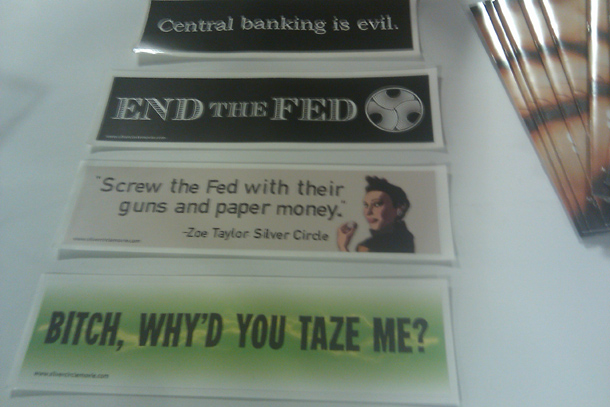 And if you’re going to get rear-ended by the driver who took your bumper sticker the wrong way, you’ll want same sustenance while you recover. Like a cake replicating the board for the “Tea Party board game.” Its creator told me it was like a combination of Trivial Pursuit and Monopoly. They offered me a slice. I told them I always have someone taste my food first. No one laughed. 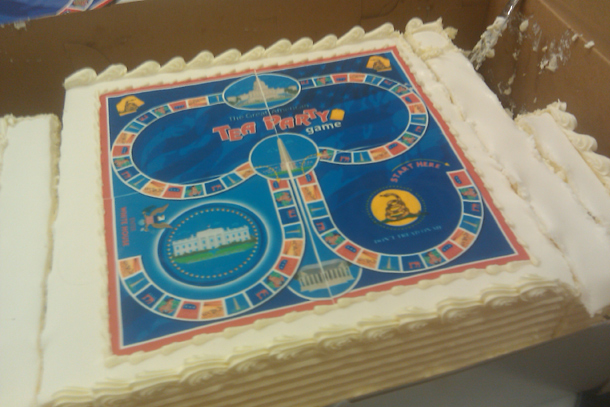 In addition to handing out Chuck Norris t-shirts, our friends at birther hub WorldNetDaily are shilling for a presidential candidate of their own. But do they know he was born in the Philippines? 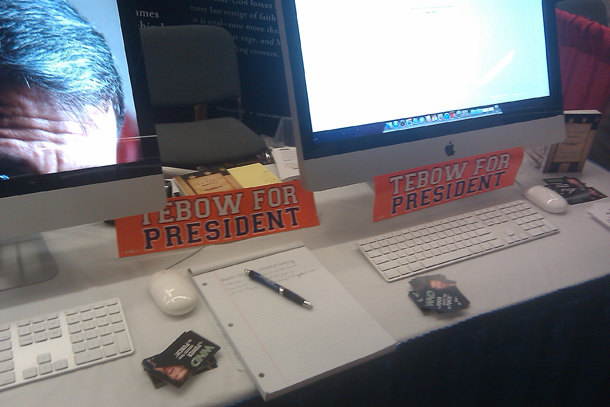 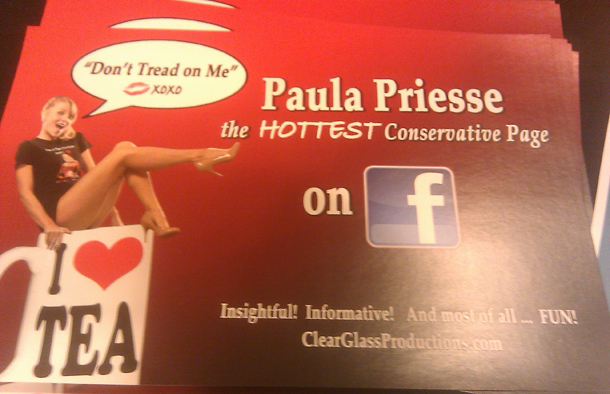 Pasha Roberts, the creator of the animated film Silver Circle, explained it to me this way: “Basically the plot of the movie is there is a severe economic collapse in 2018. There’s a group of rebels who are fighting the Federal Reserve, and the way they fight is by making alternative currency out silver.” Think Children of Men meets the Ron Paul Revolution. When I tell him I work for Mother Jones, he adds one more detail: one of the heroines of the flick is a “pot-smoking lesbian”: 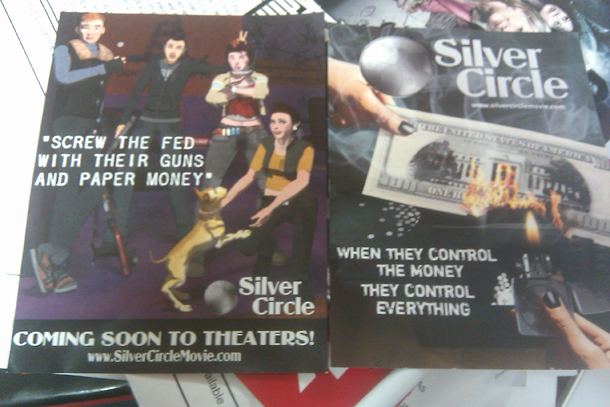 This isn’t free, but I had to share it anyway. It’s just a few feet away from a display of Ron Paul books. As I thumbed through this defense of colonialism, a Mitt Romney supporter next to me picked up a copy of End the Fed and held court with his friends: “This is what his freakish followers read. When they protest Romney events, they have a megaphone and they just read the book. It’s disgusting!” 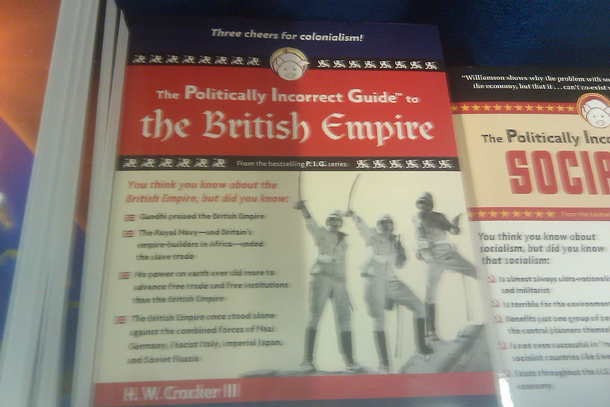 Runaway Slave: Run From Tyranny to Liberty, celebrates the exploits of African-Americans who have…embraced the Republican party. As the tag line puts it, the film “lays bare the truth about blacks and the progressive agenda. Get on board the new underground railroad!” 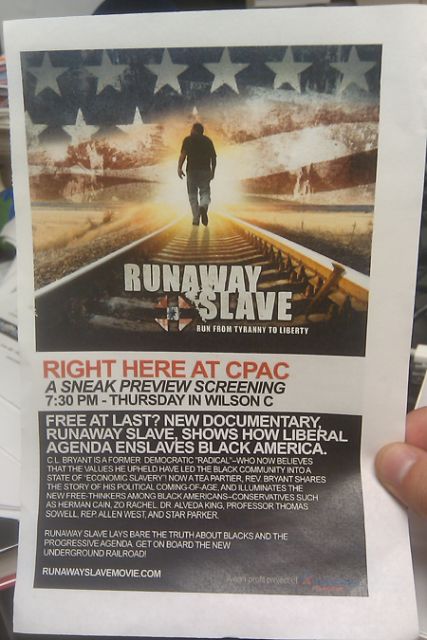