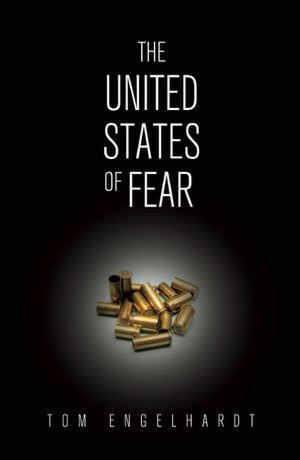 Tom Engelhardt, who founded and runs the popular website TomDispatch, is a politician’s worst nightmare. In his new book, The United States of Fear, Engelhardt criticizes the right and the left in equal measure, challenging both former President George W. Bush and President Barack Obama for the wars they have engaged in and the costs associated with those wars. Engelhardt’s popular columns are republished on websites like ours, and his own site was borne out of the post-9/11 haze. That’s according to Engelhardt himself, who told fellow TomDispatch writer Nick Turse in 2006: “It was more an endless moment—those couple of months after 9/11 when, for a guy who was supposedly politically sophisticated, my reactions were naive as hell. I had this feeling that the horror of the event might somehow open us up to the world. It was dismaying to discover that, with the Bush administration’s help, we shut the world out instead.”

Engelhardt takes a hard look at what he calls the decline of the “American empire.” He draws a comparison between the path that the United States has taken over the past two decades and that which led the former Soviet Union to destruction: “In a far wealthier country, another set of leaders, having watched the Soviet Union implode, decisively embarked on the Soviet path to disaster.” He describes how the United States of today and the former Soviet Union share one key characteristic: an unreasonably massive military budget. Engelhardt traces the US path from the ’90s, when he says the United States turned into a “self-intoxicated” country, intent on solving the world’s problems even if bleeding itself in the process.

So, how’d we get here? To Engelhardt, the most pivotal moment was in the 2001 rush to war: “That would be the beginning of a brief few years of soaring American hubris and fantasies of domination wilder than those of any caliphate-obsessed Islamic fundamentalist terrorist, and soon enough they would leave us high and dry in our present world.” Americans, he writes, were terrified: “In only one area of life are Americans officially considered 100 percent scared, and so 100 percent in need of protection: terrorism.”

Throughout the book’s 33 essays, Engelhardt saves some of his harshest criticisms for the war generals whom he characterizes as repeatedly pushing for battle. Engelhardt compares the generals’ thirst for war to a junkie seeking out his fix: “Like an alcoholic on a bender, the present Pentagon and military cast of characters can’t stop themselves. Forever war is in their blood, so much so that they’re ready to face down the commander in chief, if necessary, to make it continue.” While some quietly suggest a reduction in military spending, throughout the book Engelhardt clamors for drastic defense cuts.

His criticisms may rub hawks the wrong way, but readers should take note: Engelhardt simply digs deep into a concept already apparent to everyday Americans—the decline in American global supremacy. But more than describe America’s shifting role, Engelhardt focuses on the specific absurdities of American wars and the way that fear in the American public has disastrously intertwined with the nation’s foreign policy decision making. This book is for those who are tired of tip-toeing around the rapidly expanding military budget and would like to see real demonstrable change. Strident, passionate, and problem-solving, The United States of Fear comes at a time when Americans are desperate for solutions.