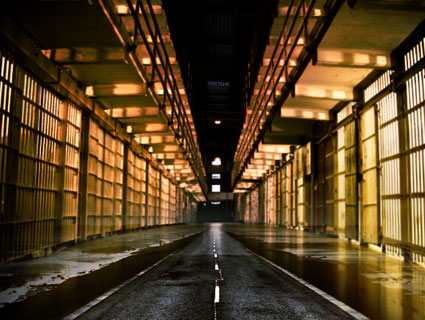 Supermax prisons have been a growth industry in the United States since at least 1989, when California opened its notorious lockup at Pelican Bay. Today, at least 44 states and the federal government maintain supermax prisons where upwards of 25,000 inmates are confined to small cells 23/7. Despite the high cost of solitary confinement and a growing movement that denounces this kind of long-term isolation as a form of torture, supermax prisons just keep on opening. They rarely ever close.

That’s why Illinois Gov. Pat Quinn made big news last Wednesday when he proposed closing the state’s notorious Tamms supermax. The proposal is part of a package of deep spending cuts to nearly all areas of state government, which Quinn called a “rendezvous with reality.”

Tamms holds nearly 200 prisoners in long-term isolation under conditions that have been denounced as torturous. Prisoners at Tamms can leave their cells only to shower or to exercise alone in a concrete pen. They are fed through slots in the cell doors and are allowed no communal activities, no phone calls, and visits only through a thick glass wall after the inmate is shackled and strip-searched. The supermax opened in 1998, purportedly as a short-term solution for prisoners with discipline problems. Yet a decade later, one-third of its original inmates were still there.

As is the case with most supermax facilities, a high percentage Tamms inmates suffer from serious mental illness. In its 14-year history, Tamms has witnessed many inmate suicides, suicide attempts, and self mutilations. One inmate cut off part of his own genitals and hung them on his cell door.

In addition to the human costs, supermax incarceration is extraordinarily expensive: By one calculation, the cost of locking someone up at Tamms exceeds $92,000 per year per prisoner—about three to four times the per-prisoner cost for the state’s other maximum-security lockups.

With Illinois several years into a serious fiscal crisis, the proposed closure of Tamms is primarily a financial move. Yet years of activism and litigation, along with scathing media exposés, undoubtedly helped put Tamms on the chopping block. Spearheaded in 2008 by the activist group Tamms Year Ten, the opposition campaign began in earnest on the 10th anniversary of Tamms’ ribbon-cutting. In addition to mounting various educational and organizing efforts, it put state legislators, the governor, and the Illinois Department of Corrections (IDOC) on the hot seat. Complaints against conditions at the prison were filed by Human Rights Watch and Amnesty International.

Prison officials finally realized “that many of the prisoners who had spent years there really didn’t need to be there,” noted legal advocate Alan Mills.

In 2009, the IDOC announced a 10-point plan for reforming Tamms, although its director was ultimately pushed out and few of the reforms were ever implemented. But the movement gained traction thanks to “Trapped in Tamms,” a 2009 investigative series by the Belleville News-Democrat. It portrayed a nightmarish place where sane prisoners were driven mad and where those with mental illness suffered daily from their extreme isolation.

In 2010, ruling on a 10-year legal battle against the state by Chicago’s Uptown People’s Law Center, a federal judge ruled that Tamms inmates were denied their constitutional rights by being placed in long-term solitary without any meaningful way to earn their way out. The same judge found that the “crushing monotony” and total deprivation of human contact were likely to “inflict lasting psychological damage and emotional harm on inmates confined there for long periods.”

The decision “gave the imprimatur of a federal judge to our long-time contention that long-term isolation at Tamms inflicts serious harm on men’s minds—harm that continues even after they are released from Tamms,” Alan Mills, the law center’s legal director, told us. The ruling, which forced prison officials to review every inmate’s case, made them realize “that many of the prisoners who had spent years there, really didn’t need to be there,” added Mills. And “all of this was crystallized by the desperate need to save money somewhere.”

Tamms Year Ten leader Laurie Jo Reynolds told the Belleville News Democrat last week that the governor’s announcement was long overdue: “From the day it opened, Tamms has been a financial boondoggle and a human rights catastrophe. The staff to prisoner ratio is the highest in the system and the mental health worker to prisoner ratio is vastly higher,” she said. “Because men can’t work or leave the cell, we just pay for excess correctional staff to shackle them, move them around, and push food into their cells. Then we pay to treat them when they become insane due to the isolation.”

David Fathi, of the ACLU’s National Prison Project, which advocates for an end to long-term isolation of prisoners, told the Chicago Sun-Times: “Shutting down the vessel of human suffering and sinkhole for taxpayer dollars that is Tamms would be an important step toward ending the use of solitary confinement across the nation.”

If it actually happens.

On Sunday, the Sun-Times cautioned that the Tamms closure was “not a done deal.” That’s because “the plan is triggering an outcry from the prison’s local legislative delegation and major pushback from the union representing 300 of Tamms’ staff, which characterizes the facility as ‘irreplaceable.'” Some of the opposition is coming comes from within Quinn’s own party, including Democrat Gary Forby, a state senator whose district hosts Tamms.

“I’m mad as hell,” Forby tweeted as news of the governor’s plan emerged. “I don’t know where this guy is coming from.”