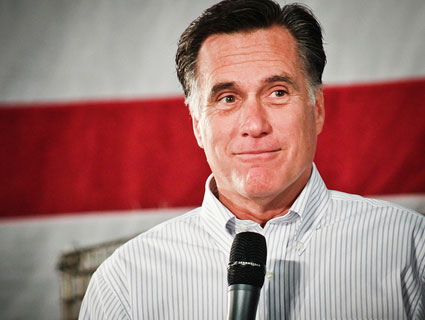 When he needed it most, Mitt Romney’s home state of Michigan came through for him.

Romney, the front-runner in the GOP’s nomination battle, clinched a key victory on Tuesday in Michigan’s presidential primary. With 88 percent of votes tallied, he led former US Sen. Rick Santorum 41 percent to 38 percent. Rep. Ron Paul (R-Texas) placed third, with 12 percent of the vote, and former House Speaker Newt Gingrich rounded out the pack in fourth, with 7 percent.

In his victory speech, Romney thanked his supporters while admitting his Michigan victory wasn’t as decisive as he might have hoped for. “We didn’t win by a lot, but we won by enough, and that’s all that matters,” he said.

Romney’s campaign faced a barrage of criticism in recent days as Santorum narrowed the gap between himself and Romney to a single percentage point. Lawmakers and pundits said that a Romney loss in Michigan would deal a body blow not only to his status as front-runner but also as a viable candidate overall. “”From my perspective, if Romney does not win Michigan, it creates real problems for his candidacy,” Rep. Peter King (R-N.Y.) said Tuesday morning.

But by winning Michigan, Romney will quiet some of the critics who say he’s a weak, vulnerable front-runner. Romney told supporters in Michigan that he was looking ahead to Super Tuesday on March 6, when 10 states controlling 437 delegates hold GOP primaries. “We’ve got work ahead,” he said. “We’re gonna do that work. We’re gonna take back America.”

Santorum, who mounted a fierce campaign against Romney in Michigan, took aim more at President Obama than Romney in his concession speech Tuesday night. He did his best to cast his second-place finish in Michigan as a win of sorts. “We came into the backyard of one of my opponents, in a race that everyone said, ‘Just ignore, you really don’t have much chance here,'” he said. “All I have to say is, ‘I love you back.'”

Romney also launched a full-throated attack on the president, warning about the perils of a second term for Obama. “If there’s one thing we can’t afford, it’s four more years of Barack Obama with nothing to answer to,” he said.

A massive spending advantage in Michigan propelled Romney to victory. His campaign and allied groups outspent Santorum’s campaign by 5 to 1. The pro-Romney super-PAC Restore Our Future spent $3 million, with the bulk of it—$2.65 million—attacking Santorum. The Red, White, and Blue Fund, a pro-Santorum super-PAC, spent $1.7 million, all of it in support of Santorum.