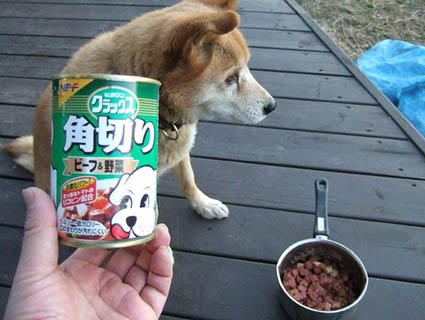 Republicans and right-leaning critics of Obama’s national security policies have often complained that the president’s language describing terrorism is too timid and politically correct. (Yes, this is an actual complaint.) The Washington Post‘s David Ignatius was given a peek at the documents recovered from the raid in which Osama bin Laden was killed, and they reveal that bin Laden was worried that Obama’s shift in language was actually ruining al Qaeda’s brand:

The al-Qaeda brand had become a problem, Bin Laden explained, because Obama administration officials “have largely stopped using the phrase ‘the war on terror’ in the context of not wanting to provoke Muslims,” and instead promoted a war against al-Qaeda. The organization’s full name was “Qaeda al-Jihad,” bin Laden noted, but in its shorthand version, “this name reduces the feeling of Muslims that we belong to them.” He proposed 10 alternatives “that would not easily be shortened to a word that does not represent us.” His first recommendation was “Taifat al-tawhid wal-jihad,” or Monotheism and Jihad Group.

Bin Laden ruminated about “mistakes” and “miscalculations” by affiliates in Iraq and elsewhere that had killed Muslims, even in mosques. He told Atiyah to warn every emir, or regional leader, to avoid these “unnecessary civilian casualties,” which were hurting the organization.

“Making these mistakes is a great issue,” he stressed, arguing that spilling “Muslim blood” had resulted in “the alienation of most of the nation [of Islam] from the Mujahidin.” Local al-Qaeda leaders should “apologize and be held responsible for what happened.”

The Obama administration’s shift in language—a deliberate attempt to deny terrorists any religious legitimacy whatsoever—came at the advice of national security experts. But the move has long been portrayed in the conservative media as a sign of covert sympathy, admiration, or simple fear of terrorists on Obama’s part. Now we know Osama bin Laden found it personally vexing.

My colleague Kevin Drum writes, “So there you have it. Deep-sixing the ‘war on terror’ rhetoric really did hurt al-Qaeda.” But I think this might be just one part of the explanation. As bin Laden seems to have been aware, Al Qaeda developed a branding problem because it mostly killed other Muslims. And as it happens, because of lengthy wars in Iraq and Afghanistan, and the longstanding lack of resolution in the Israeli-Palestian conflict, the US has a similar problem. Civilian deaths are collateral damage that occur as the result of official US actions, while al Qaeda deliberately targets civilians—but I’m not sure those impacted really care about the distinction.

Ultimately, this isn’t a branding issue. It’s what political consultants describe as a “dog food problem”: No amount of clever marketing can make a dog want to eat ill-tasting dog food. No amount of “rebranding” would erase al Qaeda’s Muslim body count. There’s no slapping a happy face on grieving family members searching for loved ones in the rubble left behind after a suicide bombing—or, for that matter, a drone strike.