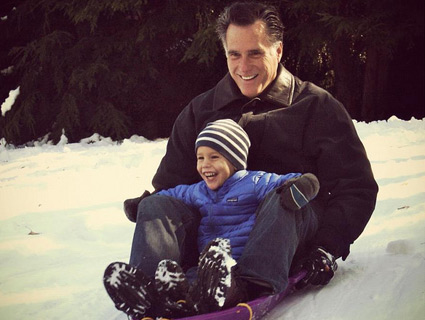 If you refuse to apologize for America, have trouble staying on message, and you share a birthday with Jack Kerouac, Liza Minnelli, Jake Tapper, and Serbian war criminal Ratko Mladi?…then your name is probably Willard Mitt Romney.

Today—Monday, March 12, 2012—Republican presidential candidate Mitt Romney will be celebrating his 65th birthday. For his big, special day, we threw together a playlist of songs that any man of his stature and taste would surely enjoy bro-ing out to on his birthday. (Despite the temptation, “Who Let the Dogs Out?” will not be included.) Joyeux anniversaire, Monsieur Romney:

1. The Ramones, “Happy Birthday to You”: Mad magazine beat us to the punch of making the Romney/Mr. Burns connection. Thus, we present to you the Ramones, singing at Mr. Burns’ birthday bash on a classic 1993 episode of The Simpsons. After speeding through their ragged cover of “Happy Birthday to You,” bassist C. J. Ramone tells Burns to “go to hell, you old bastard,” to which Burns responds by telling Waylon Smithers to “have the Rolling Stones killed”—a degree of out-of-touchedness that Mitt Romney should easily recognize.

Ironically, if guitarist Johnny Ramone were alive today, he would undoubtedly be an avowed Romneyite. (The rest of the band, not so much.)

2. Rush, “The Trees”: This song is all about truculent, anthropomorphic trees. Mitt Romney gets very much turned on by trees. Done deal.

Here are the lyrics from the last verse:

So the maples formed a union / and demanded equal rights. / “The oaks are just too greedy, / We will make them give us light!” Now there’s no more oak oppression / for they passed a noble law. / And the trees are all kept equal / by hatchet, axe, and saw.

There’s a Bain Capital—Romneycare—gay-rights-in-Massachusetts metaphor in there somewhere. There’s gotta be.

3. Airplanes, “Flip Flops”: If there’s one thing the 2012 GOP front-runner is known for, it’s his awesome hair. And having a wife who eerily resembles Leslie Knope. And his uncanny proficiency at switching his position on any given issue, on any given day, of any given election cycle.

4. The Blue Dogs, “Doggy on the Roof”: The man strapped his beloved family pet to the roof of a station wagon during a 12-hour ride to socialist Canada. There’s a song for that: It was released in 1993 by Charleston roots-rock outfit the Blue Dogs. Click here to hear it on iTunes. Here are some sample lyrics, which might actually help to explain Romney’s thought process when he chained his own dog to the top of a large car:

Well, I hear him scratching around up there / He must be having fun… / The worst way to die is digestion by a puppy.

No, Mitt. He was not having fun. 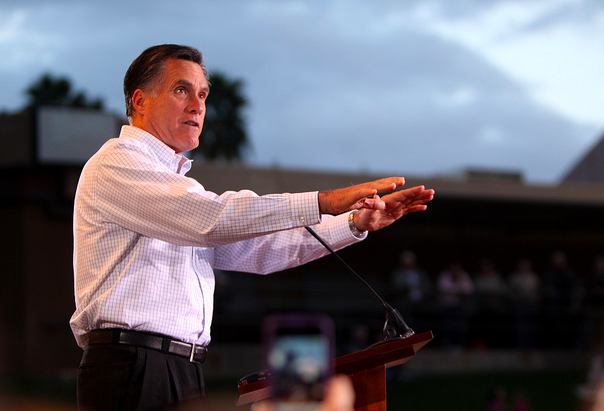 5. The Kingston Trio, “M.T.A.”: The Romney folks recently released a playlist of the candidate’s favorite jams on the campaign trail. It features songs by Del Shannon, Kid Rock, the Commodores, and other mainstream artists no automaton would ever be caught dead listening to. The playlist also has this 1959 track from the folk group the Kingston Trio, which, as my colleague Tim Murphy points out, basically predicted the trajectory of the 2012 Romney campaign several decades in advance:

“M.T.A.”…is a song about a Boston man who embarks on what is supposed to be a smooth and uneventful ride, gets in over his head, becomes trapped, and is forced to have his wife try to bail him out. She fails and he’s then doomed to spend the rest of his life trapped in an endless loop, eating sandwiches.

(There’s also something in this video about “burdensome” over-taxation being perpetrated on the people of Boston, so Mitt Romney can definitely relate to that. Yes. Absolutely.)

Now gaze at this photo: 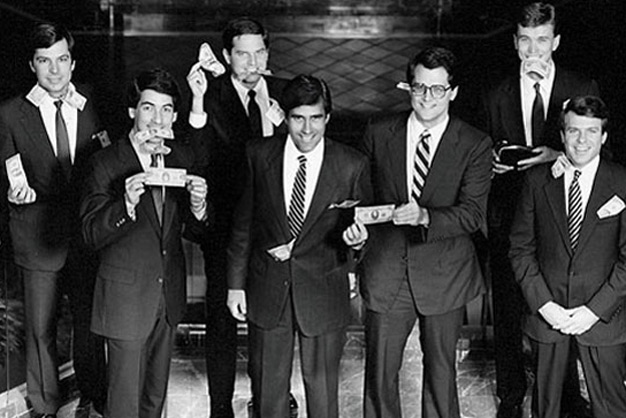 Tailored suits, chauffeured cars / Fine hotels and big cigars. / Up for grabs, all for a price. / Where the red hot girls keep on dancin’ through the night.

All the finer things in life that self-important class warriors can’t help but envy.

7. Savage, “I Love The Islands”: Along with his affinity for healthy tree growth in the USA, Romney is a big-time lover of America’s soil, her inland lakes, her fluffy beaches, and the ocean waves that fondly caress her shores.

But does he love our islands?

Samoan rapper Savage lays out the case for why he should:

8. The Who, “Water”: One other thing for which Romney routinely professes his violent affection: Water. More specifically, “water” in “beautiful areas.”

In “Water”—a red-hot outtake from the Who’s 1971 masterpiece Who’s Next—Roger Daltrey sings about how “the poor people on the farms get it so rough,” and how his “Chevrolet just made steam,” and that “I’m alive but I don’t know how.”

9. Hall & Oates, “Out of Touch”: The male character in this song is “living in the middle between the two extremes.”

Also, the name of this song is “Out of Touch.” So there’s that.

Bonus Track: Romney claims that he’s a huge fan of the Beatles.

Please recommend songs for your Romney-tastic birthday playlist in the comments below.