In finding a photographer to shoot this story on Alabama’s anti-immigration bill, in addition to a great photographer, we wanted someone who knew the area and knew the issue. For this story in particular, we focused on the other people being impacted by the law—the employers of undocumented workers, police, and teachers. So we needed a photographer who could deftly get a wide range of people to open up. David Walter Banks, a Luceo photographer from Atlanta, came to mind right away. From his past work, I knew David would be able to handle the mix of portraits and reportage required in this assignment and he could get people working in farms, school, churches, and police stations all to let him in.

David delivered far more excellent photos than we could use in print or online. He shot striking portraits of all the subjects, in a number of situations. He really went all out documenting rounding up chickens at the Bagwells’ farm, and he traveled the state, capturing lingering devastation from the year-old tornado. The local police chief let David shoot some portraits and arranged for a ride-along, not an easy task in any town these days.

Some of the photographs depict the emotional devastation this legislation has had on these people; some dramatize the energy that the farmworkers put into their demanding occupation, energy which is likely to be leaving the state. 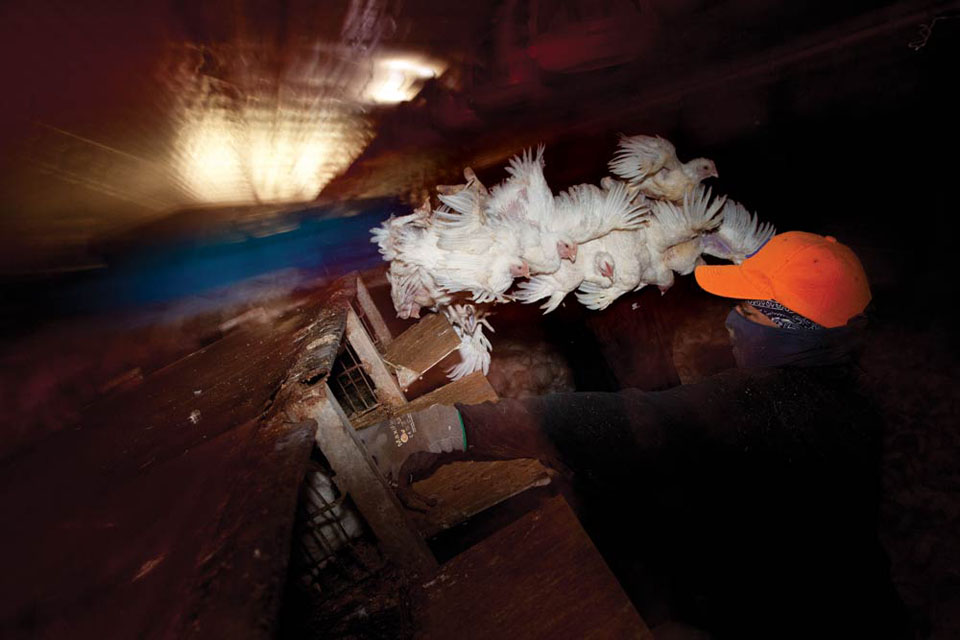 Sandra and David Bagwell’s chicken-catching crew at their farm in Cullman, Alabama. 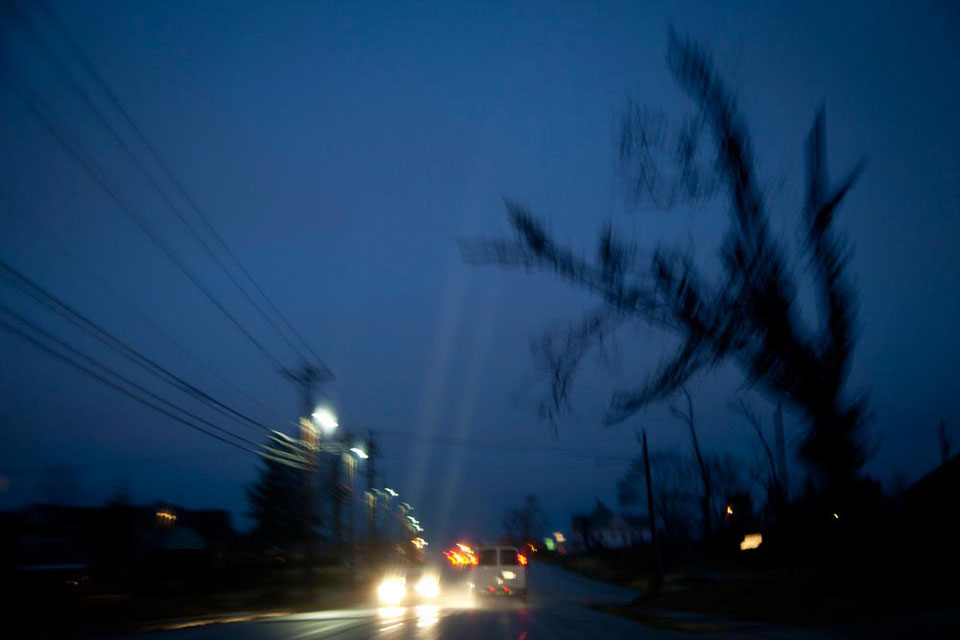 Sandra Bagwell with a van full of her chicken catching crew on the way to a local chicken farm. 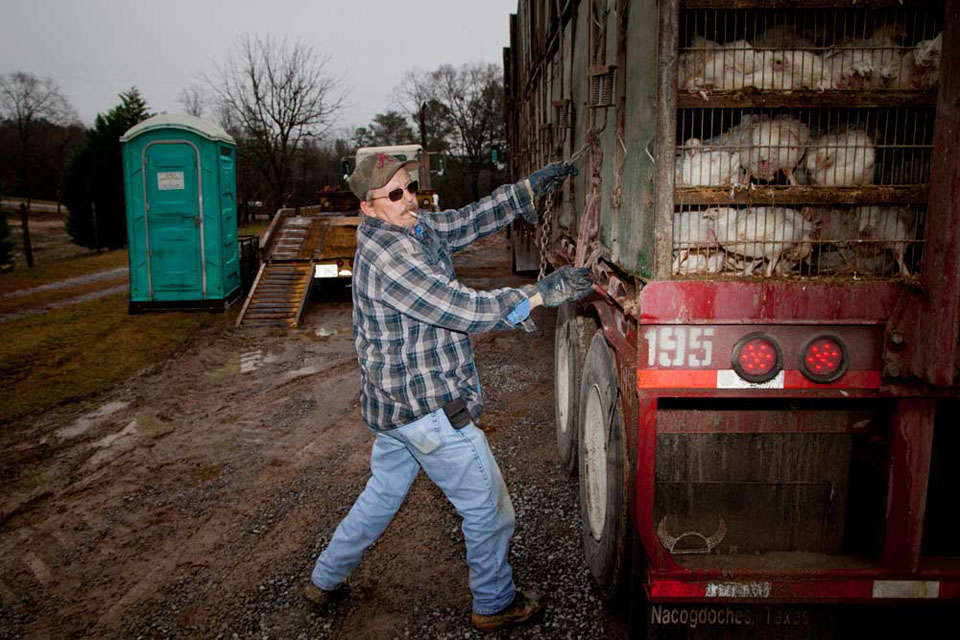 Larry Bagwell preps a tractor trailer truck to be filled with fowl caught by his chicken catching crew at a farm in Cullman and then transported to a nearby processing plant. 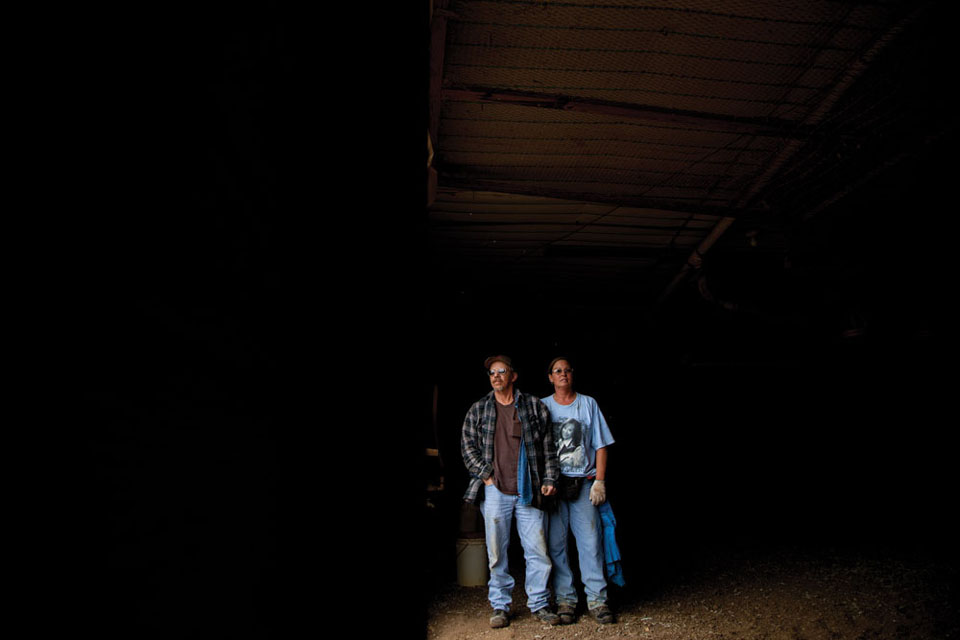 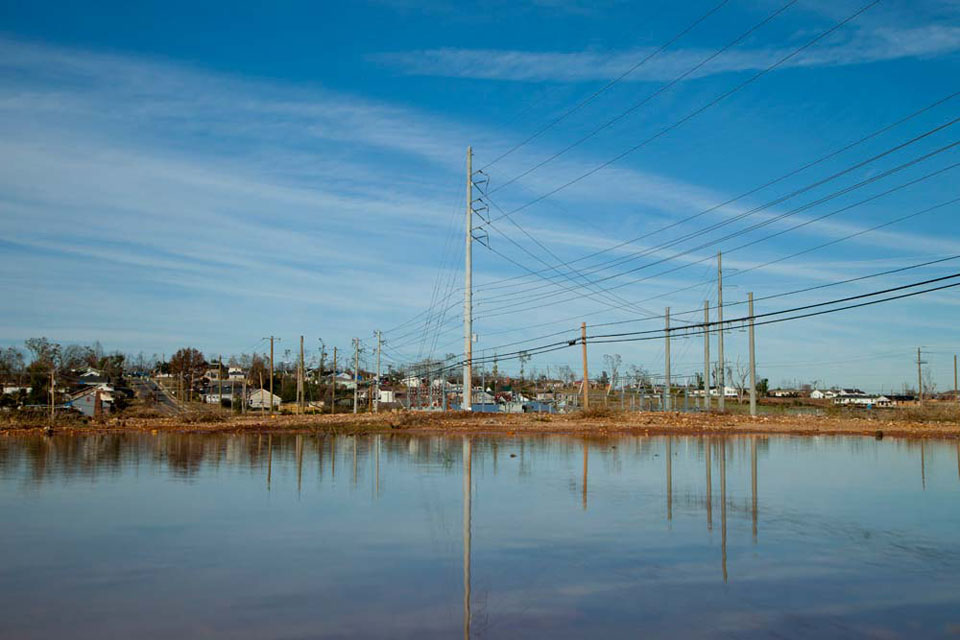 The neighborhood of Alberta in Tuscaloosa, Alabama, still sits in ruins from tornadoes that ravaged the area in April 2011. 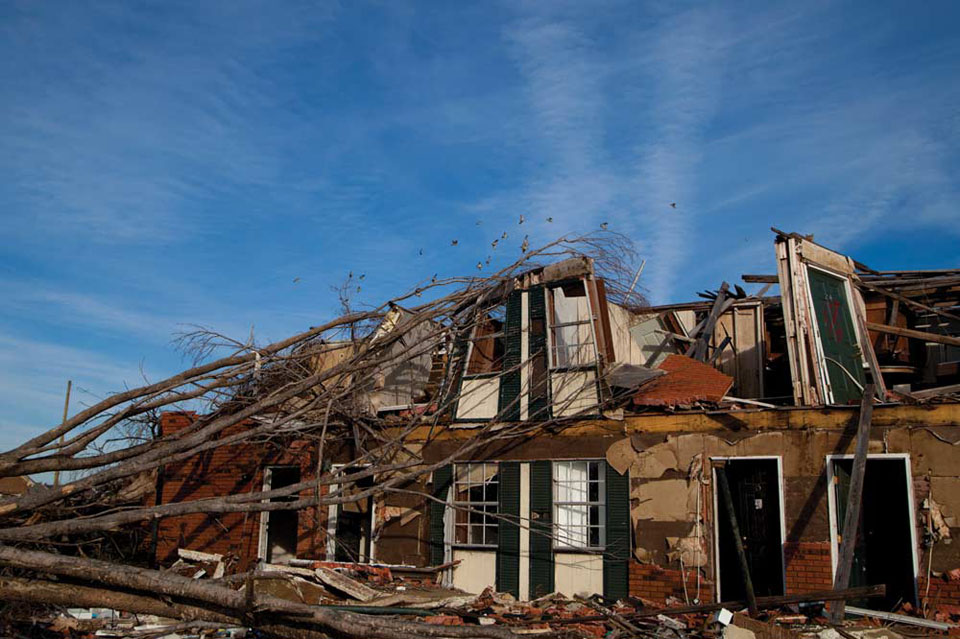 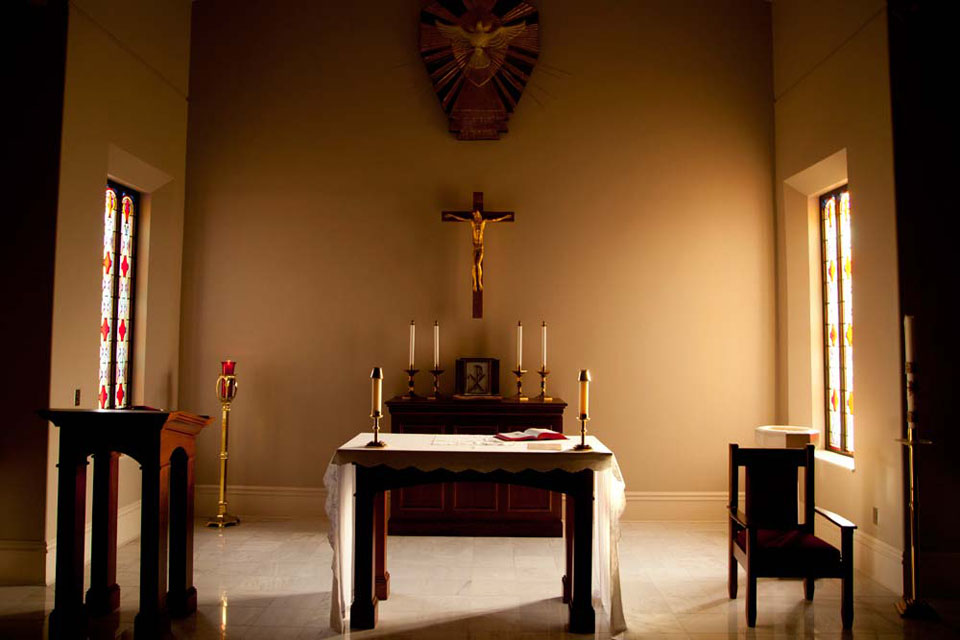 A view inside of Holy Spirit Catholic Church in Tuscaloosa. After the storm, the Church helped and sheltered those in need, a practice that HB 56 has criminalized. 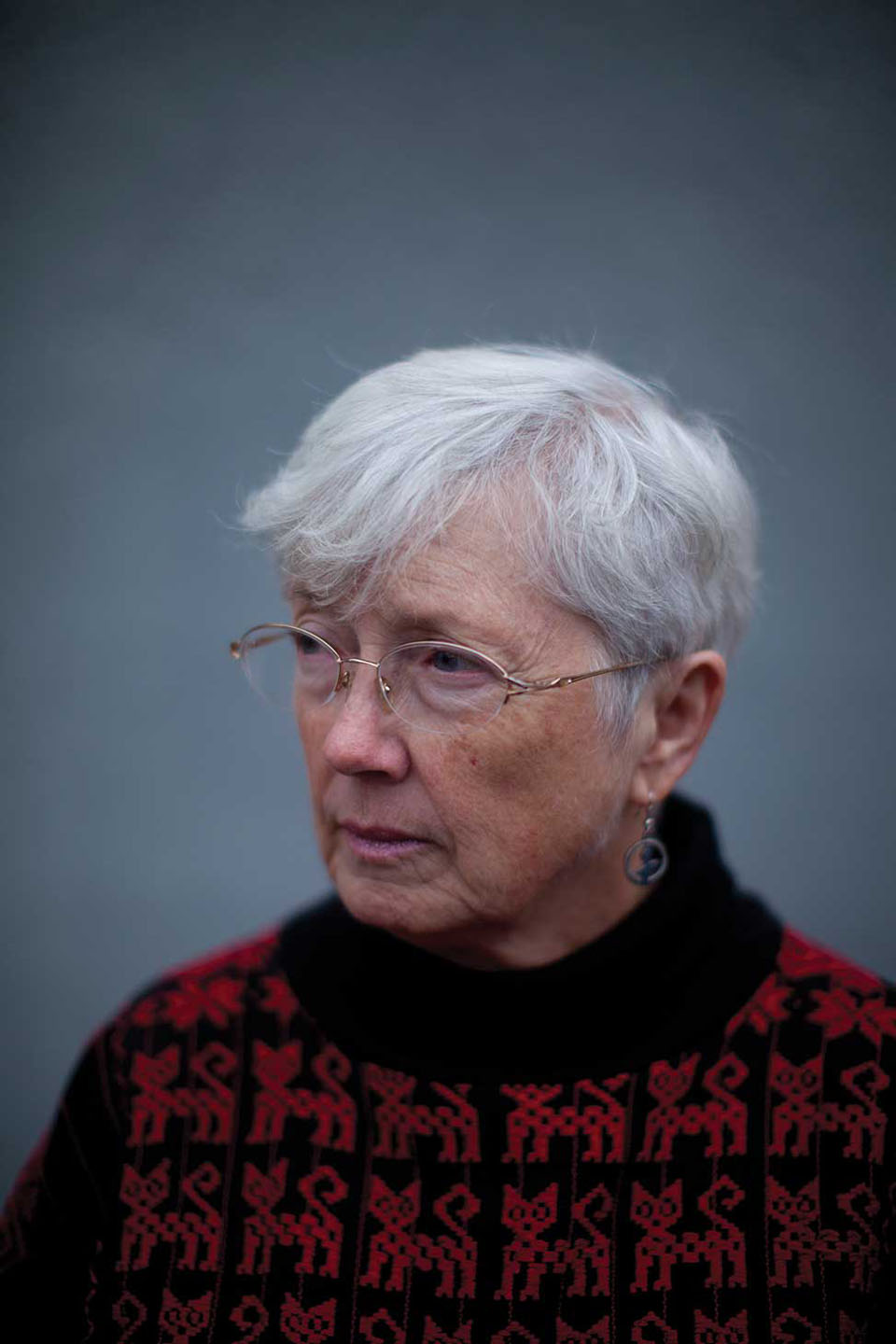 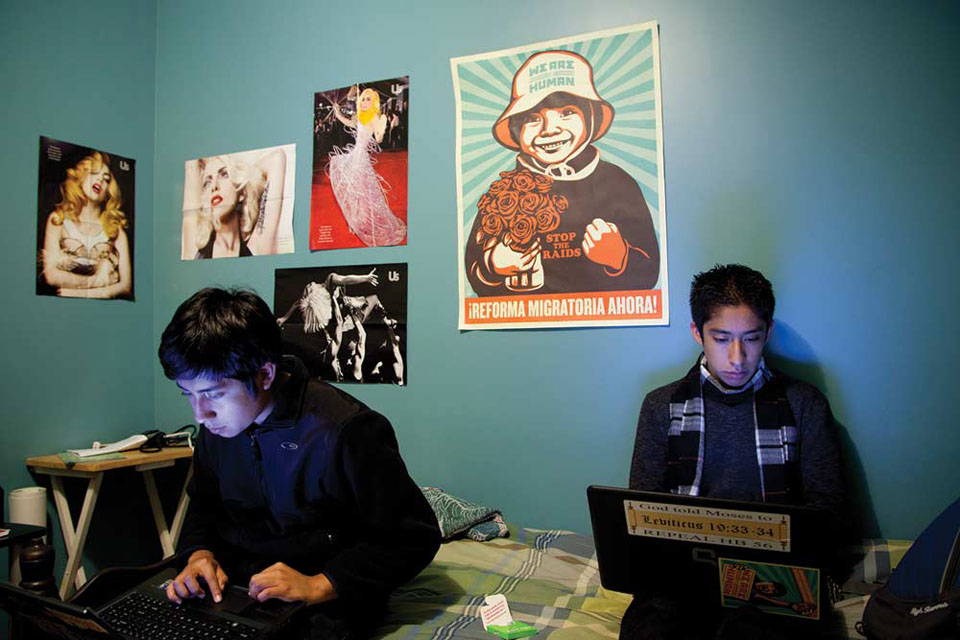 Victor and Jose, members of a Birmingham-based group advocating that undocumented college kids be granted permanent residency, worried that most of the families in their mobile-home community would flee following passage of HB 56. 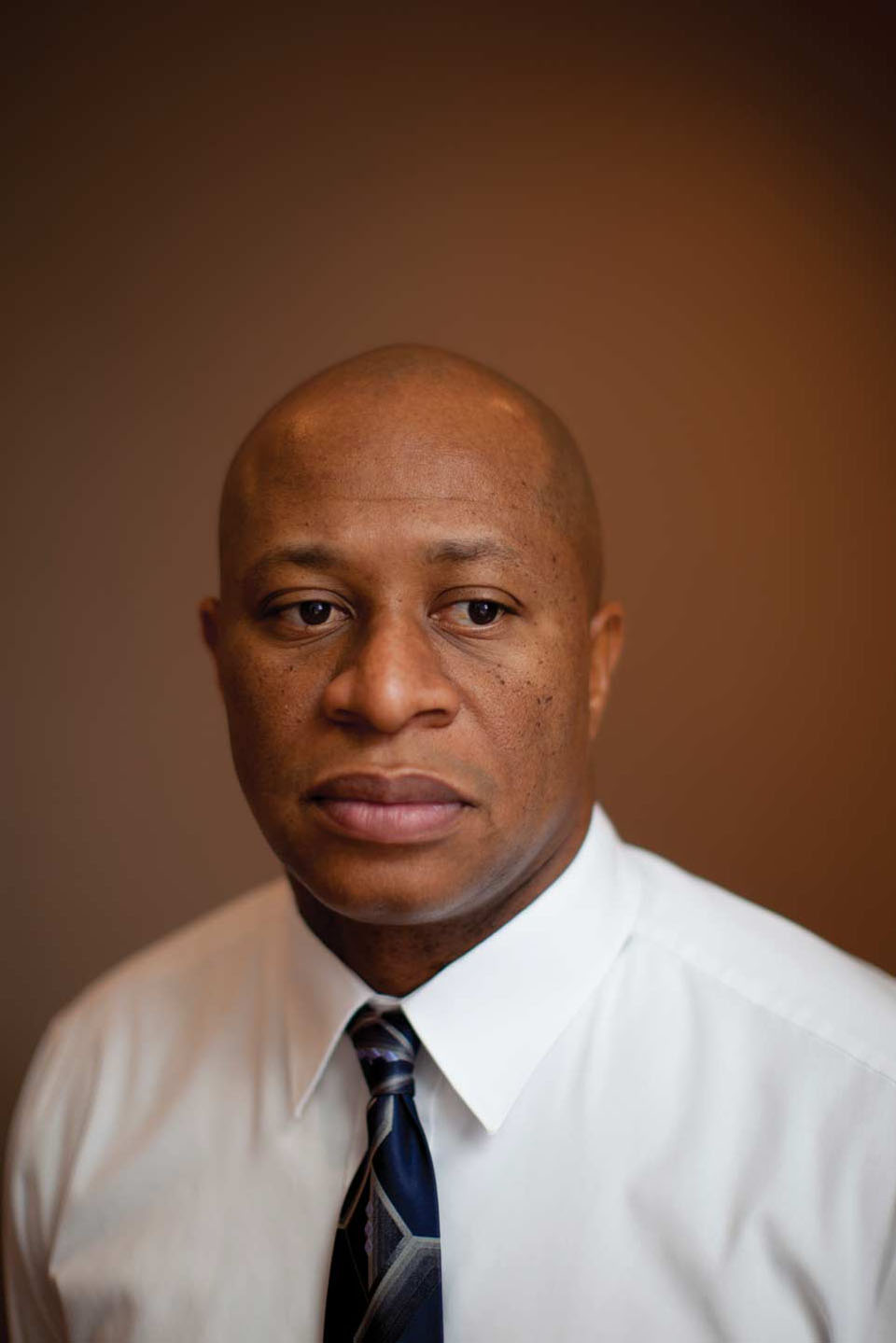 Police chief Steven Anderson says that Alabama’s new law requires his officers to check documentation during traffic stops and follow up on clearly frivolous tips—all with no extra training or funding. 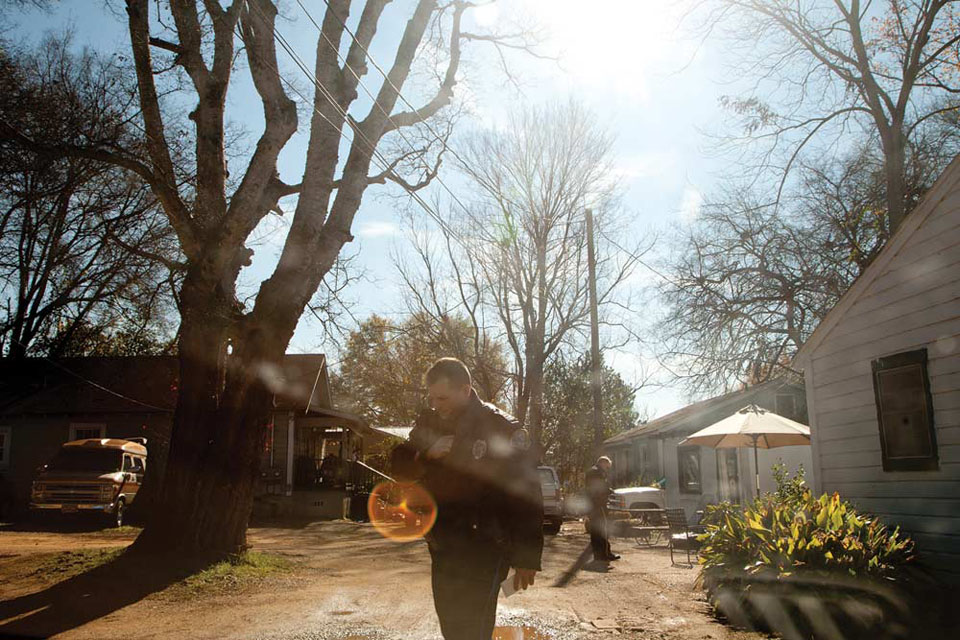 Tuscaloosa Police Officer Shannon Montgomery responds to a domestic abuse call in Tuscaloosa, Alabama. HB 56 requires city police officers to check documents of anyone for whom there is ‘reasonable suspicion’ of being in the country illegally, as well as detaining and deporting undocumented immigrants. 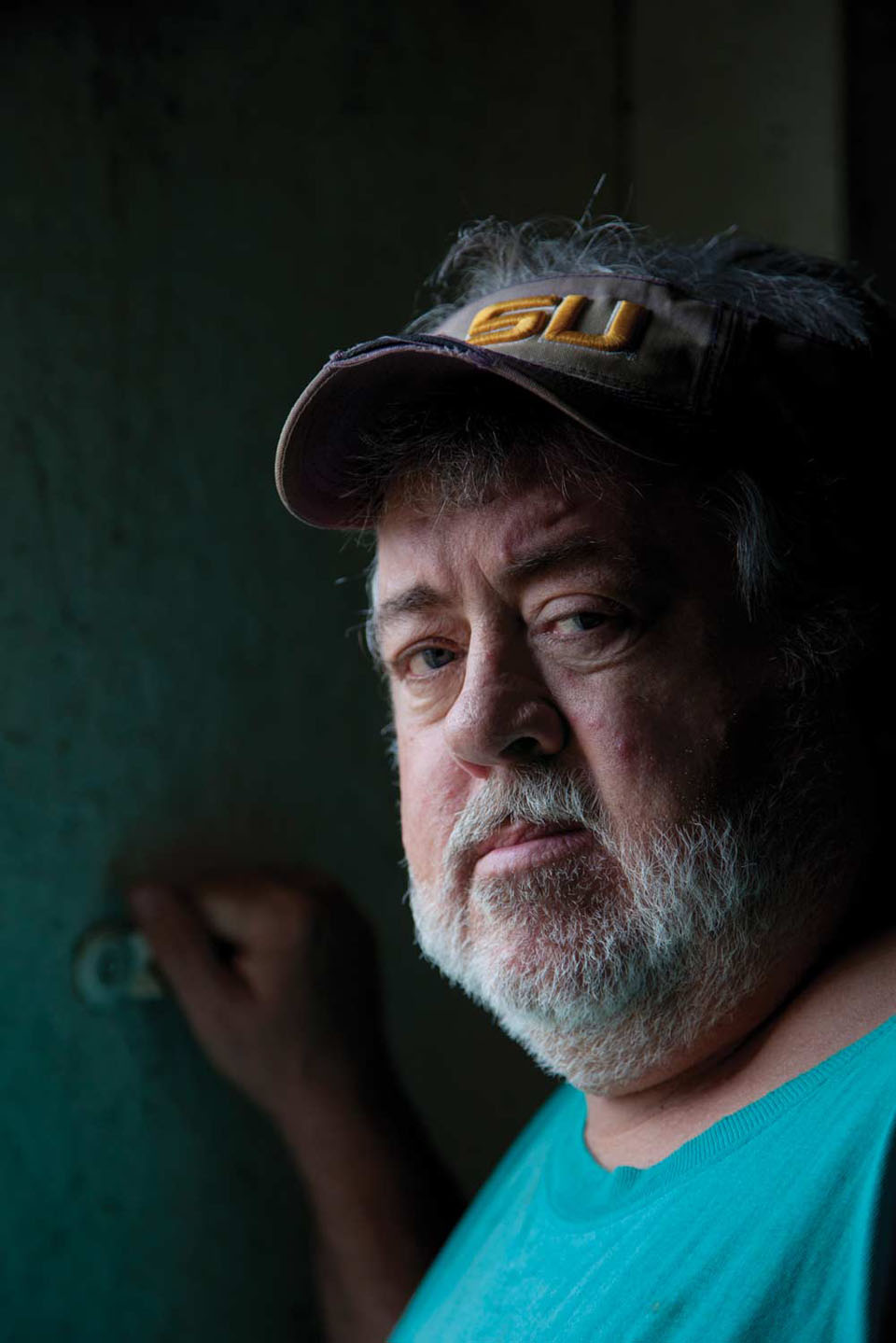 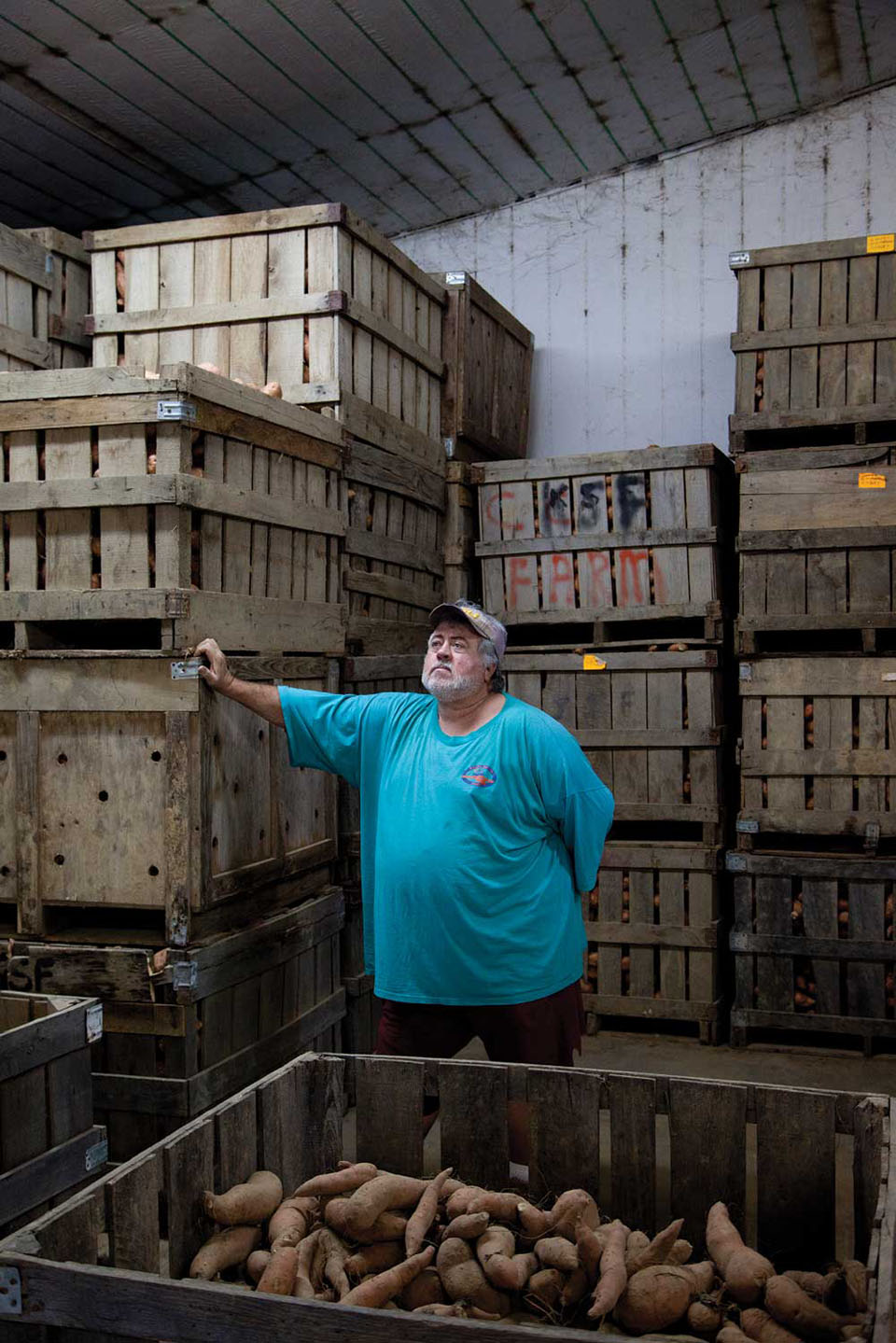 Keith Smith in the warehouse of his farm in Golden Ridge, Alabama. 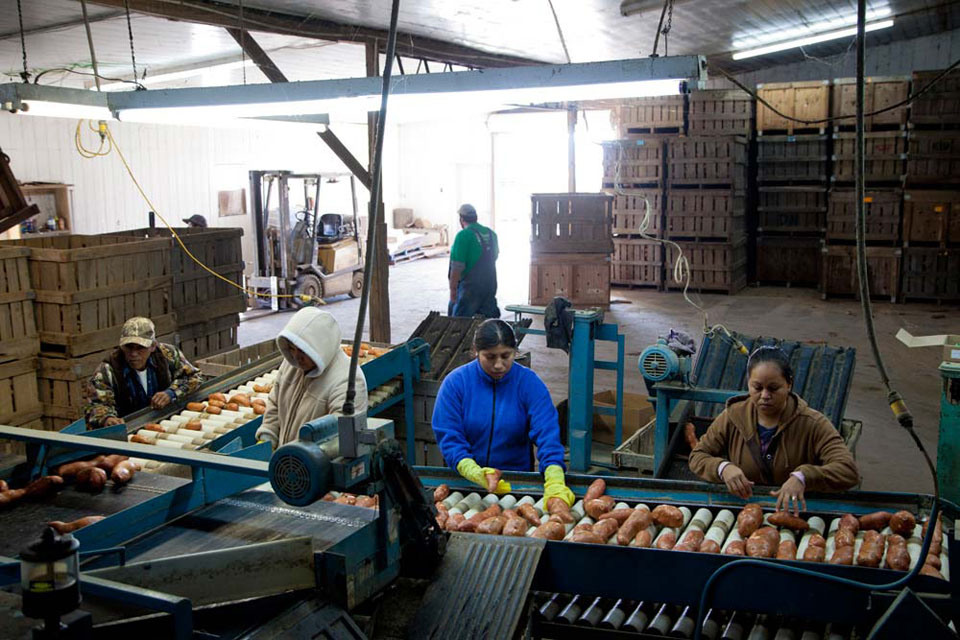 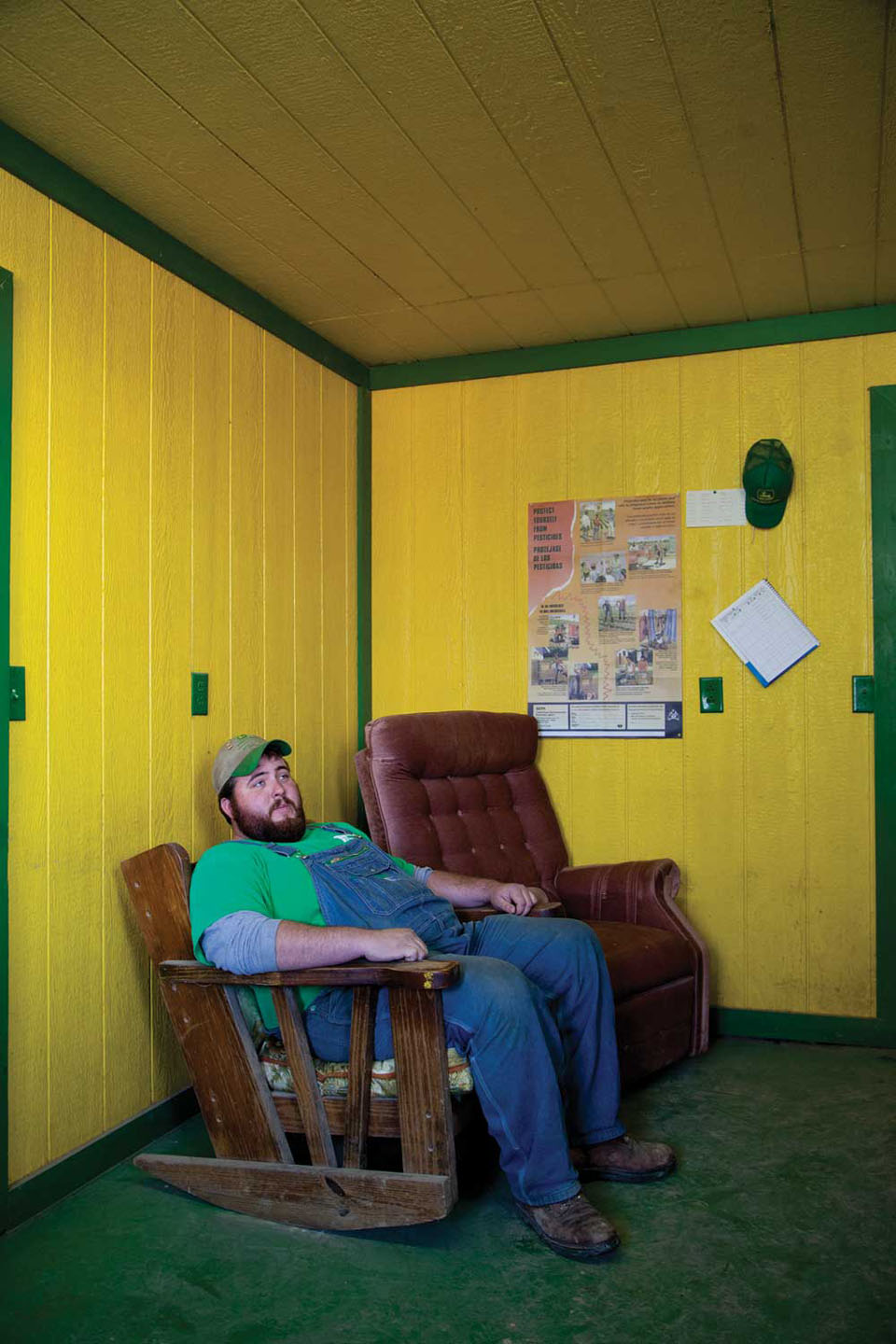 Casey Smith in the John Deere-themed office on his dad’s farm. 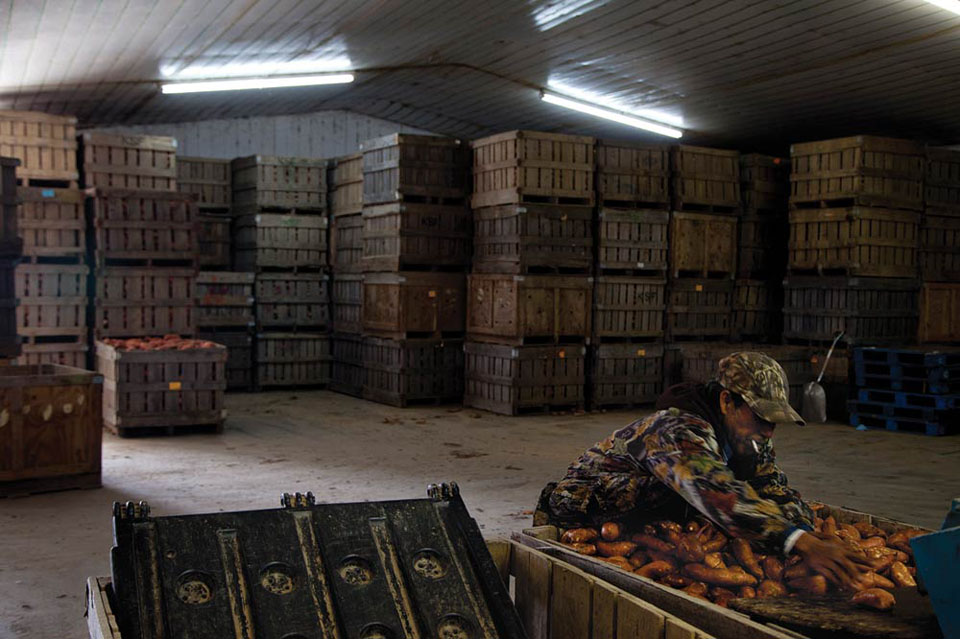