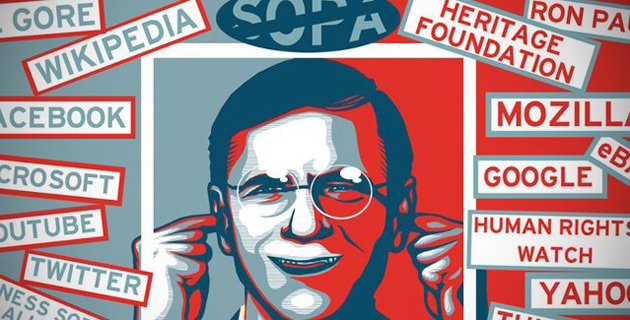 Test PAC/FacebookWhen Rep. Lamar Smith (R-Texas) introduced the Stop Online Piracy Act last winter, members of the online community Reddit sprang into action. They called their congressmen, spammed Twitter, and did what they do best: hatched memes. It worked; SOPA, which would have given courts the power to shut down websites that featured copyrighted material, was tabled amid protests that the legislation, backed by the entertainment industry, would curb internet freedom. But SOPA’s retreat was just temporary; these online activists wanted to ensure it wouldn’t come back.

The result was Test PAC, the first political action committee of, for, and by Reddit, a social news site and sounding board with tens of millions of users worldwide. Political activism is hardly a novel concept for Redditors—prior to SOPA, they’d come up with the idea for the Rally to Restore Sanity and/or Fear in 2010—but this was something new. Launched in January, Test PAC’s first mission is simple: Unseat Lamar Smith. Its leaders have purchased a billboard in San Antonio and are using the site to mobilize activists on the ground in central Texas; Test PAC’s first television ad is in the can, waiting for the funds to air it. But as the state’s May 29 Republican primary approaches, Test PAC faces a unique set of challenges: an uncertain field of challengers, a funding shortfall, and the lingering question of whether it’s even possible to crowd-source a PAC.

The idea for Test PAC (full name: “Test PAC, Please Ignore”), grew out of two separate comment threads on the site. For months, Andy Posterick, an unemployed teacher living in Phoenix who serves as the group’s treasurer, had been toiling away on a subreddit (a smaller community within the site focused on a specific topic) called “Runforit,” dedicated to encouraging Redditors to run for office. (He even wrote an e-book on the subject). Posterick realized that in order to begin a serious fundraising push for his candidates, he would need to file paperwork with the FEC. He put the idea on ice.

Meanwhile, last summer Scott Bloomberg and Jeromie Whalen, two friends from just outside of Boston, started a political action committee called The PAC MEN, short for “People Against the Corporate Manipulation of Elections in News.” When SOPA emerged, they put that effort on hold to work on Reddit’s “Operation Pull Ryan,” bent on pressuring the influential Wisconsin Republican congressman to publicly oppose SOPA, which he eventually did.

In January, Posterick, Bloomberg, Whalen, and a few others joined forces, settled on a name, and set off in a new direction. “I think the goal is to be the voice of the internet in American politics,” Bloomberg says. No easy feat at a site as ideologically fragmented as Reddit, where, until recently, child pornography was still considered protected speech.

“Pretty much every other PAC out there, whoever starts the PAC starts it with an idea—’This is what we’re going to stand for,'” Bloomberg says. “And we did just the opposite.”

“[Scott’s] original name of his PAC was gonna be ‘The Hive,’ because you have bees flying in all different directions and only at very specific times will all the bees work together to support one common thing,” Posterick says. “Most of the time they’re all flying around doing their own specific thing, and it seems like chaos.”

But on SOPA, Redditors finally achieved something approaching consensus. Test PAC asked the community for suggestions on what the first order of business should be. They put the top two choices up for a vote using a poll on their website: taking out Smith easily beat campaign finance reform.

“Pretty much every other PAC out there, whoever starts the PAC starts it with an idea—’This is what we’re going to stand for; this is the issue we’re going to undertake,'” Bloomberg says. “And we did just the opposite. We said, ‘Okay, we have this forum: You tell us what you want to do, and we’ll do it.”

Test PAC differs from traditional political action committees in other ways, too. It has placed a self-imposed cap of $999 on all donations, as a way, Posterick says, of preventing any one donor from exerting too much control over the group (the largest single contribution they’ve received was $200).

Staying true to its roots, Test PAC has also made an effort to crowd-source the creative process. With volunteers and organizers scattered across the country, they meet via Skype to hammer out ideas in working groups and then vote on things like billboard designs. The goal is to buy a billboard (or two) in Smith’s district, craft a television ad, organize a ground game, and force a runoff election by blocking Smith from winning a majority in the three-person race.

That was the plan. It hasn’t worked as smoothly in practice. After two weeks of fundraising for the television ad, the PAC is less than a third of the way toward their $25,000 fundraising goal—the amount it would take for a significant ad buy in Austin and San Antonio, the two major markets in Smith’s districts. “We’ve got enough to put it up,” Posterick says of the 30-second spot— just not enough for it to have an impact on the race.

For the PAC’s first billboard, a 14-foot-by-48-foot digital slab off I-10 in San Antonio, the Redditors solicited ideas and put the top eight concepts up for a vote. The winning design featured a blonde woman with a black “censored” bar over her mouth, and her hands on her cheeks in her best Edvard Munch impression. But it violated the billboard company’s prohibition on negative advertising by explicitly targeting the congressman, and so they hashed out a compromise—“Vote for Richard M” with a big black bar over the rest of the surname—an ad that could apply to both of Smith’s primary challengers, former sheriff Richard Mack and software developer Richard Morgan.

Which is another problem. In taking on Smith, anti-SOPA activists must wrestle with the fact that, in a deep-red district, the alternatives aren’t necessarily much of an improvement.

Mack, for instance, is a member of the Oath Keepers, a far-right network of armed servicemen and law enforcement officers who pledge to disobey orders they consider unconstitutional. He founded a spin-off group, the Constitutional Sheriff and Peace Officer Association, which advocates nullification and interposition—think George Wallace standing in the schoolhouse door—as legal remedies for perceived encroachment of the federal government.

Mack believes that local law enforcement officers should ignore or, if necessary, actively block the enforcement of laws they consider to be unjust—like the prohibition on the sale of unpasteurized milk or, as he did in the 1990s, the Brady Bill requiring local law enforcement officers to conduct background checks on citizens wishing to purchase a handgun. His stand back then made him a celebrity among so-called Patriot militia groups, and he traveled the country giving speeches in which he called Janet Reno “Butch” and joked Hillary Clinton had been in relationships with more women than Bill.

Mack is a member of the Oath Keepers, a far-right network of armed servicemen and law enforcement officers who pledge to disobey orders they consider unconstitutional.

Since then, he’s popped up briefly as a gubernatorial challenger to Jon Huntsman in Utah in 2004, as a contestant on the Showtime reality series American Candidate, and as an uninspired Libertarian Party opponent of Sen. Jon Kyl (R-Ariz.) in 2006. He’s enthusiastically courted Redditors, taking the plunge to do an AMA (or Ask Me Anything) even though he had never heard of the site until its members reached out to him.

Morgan has less experience as a political candidate. He quit his job at a cloud computing company in Austin to run for Congress after SOPA was defeated. “I went online to donate to Smith’s challenger, assuming that after all this uproar, he would have had one, right?” he says. “And that’s when I found out he didn’t have a challenger.” (Or at least not one he considered serious; Mack had already entered the race.)

A political novice, Morgan says he’s hitting five events per day in an effort to ingratiate himself with the 21st District’s electorate. He, too, has done an AMA. He is a self-proclaimed Goldwater conservative, dedicated to fighting abortion and Planned Parenthood; he’s certainly no one’s idea of a lefty and not the kind of politician who would normally emerge as Reddit favorite.

Posterick acknowledges they’re in a bind. “Although we can technically endorse candidates, we made a decision not to endorse Mack because of accusations from the Southern Poverty Law Center that he’s not actually a very decent guy,” he explained in an AMA last month. As for Morgan, Posterick says he’s shown promise, but “we don’t know what kinds of skeletons he might have in his closet.”

Morgan says he has $6,000 on hand and Mack has raised about $50,000; neither have enough money to compete with Smith and his $1.4 million war chest without significant outside help.

Test PAC doesn’t have the resources to fill the gap, but they’re looking for help from a group that does—the Campaign for Primary Accountability, a Houston-based super-PAC dedicated to funding challenges to longtime incumbents. CFPA has identified Smith—along with a dozen other Texas congressmen—as a prospective target; Posterick has encouraged Test PAC supporters to call and email CFPA asking them to make it official. (The super-PAC’s spokesman, Curtis Ellis, says it has made no decision to put money in the race.) For a group that’s heavily committed to small-dollar giving, and largely opposed to the new post-Citizens United fundraising landscape, a potential alliance with the CFPA would seemingly pose a contradiction to the PAC’s ethos.

Test PAC’s debut has been messy; the democratic crowd-sourcing process has, as you might expect, been clunky. But the primary is still a month away, and the PAC’s organizers believe, win or lose, they’ll be able to send a message to Smith and his peers.

“The goal for me is not necessarily to get one of them elected; it’s to show other lawmakers that when you attack the internet, we’ll fight back,” Posterick says. “We need to cast this warning sign up that says if you’re the one who sponsors SOPA II, watch out, we’re gonna come after you next.”

TL;DR: Lamar Smith made the internet angry. We’ll find out on May 29 just how much that matters.