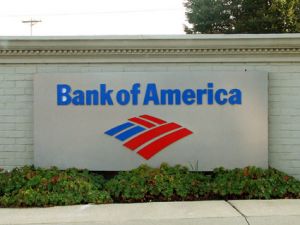 Bank of America, which last fall announced plans to lay off 30,000 workers, is about to go on a hiring spree—overseas.

America’s second-largest bank is relocating its business-support operations to the Philippines, according to a high-ranking Filipino government official recently quoted in the Filipino press. The move, which includes a portion of the bank’s customer service unit, comes less than three years after Bank of America received a $45 billion federal bailout.

Roman Romulo, deputy majority leader of the Philippine House of Representatives, bragged to the Manila Standard Today earlier this month that the Philippines “has secured its place as the world’s fastest-growing outsourcing hub.” Romulo pointed out that BofA is the last of the “big four” US banks to move their business-support network to his island nation, where the average family makes $4,700 a year.

A spokesman for Bank of America, Mark Pipitone, was unable to provide additional information about the bank’s offshoring plans on Friday. “We have employees and operations where we can ensure that we best serve our customers and clients,” he told me in an email.

The bank’s outsourcing comes amid rising concerns about the security of customers’ financial data in the hands of foreign contractors. In March, undercover reporters for England’s Sunday Times met in India with “IT consultants” who claimed they were call center workers and offered to sell them credit card and medical information for 500,000 Britons—including account holders at major banks such as HSBC.

To prevent similar scandals from rocking the Philippines, Romulo is pushing a law that would require Filipino companies to “protect the integrity and confidentiality of any personal information collected from their clients, in compliance with international privacy standards,” according to the Filipino television network ABS/CBN News.

US banks already are operating call centers in the Philippines, “despite the fact that they haven’t actually passed this rudimentary legislation,” says Shane Larson, legislative director for the Communication Workers of America (CWA), which represents 150,000 American call center workers. The Indian government is ahead of the Philippines in passing data privacy laws, notes the union, but those laws specifically exempt the call center industry. And that could lead to problems: In a 2005 survey by PricewaterhouseCoopers, 85 percent of the Indian outsourcing companies that responded said they had experienced information security breaches in the previous year.

In a 2010 report on the offshoring of technical jobs, New York’s Department of Labor concluded that data security in the medical and financial fields is “of critical concern” and that “other nations’ legal systems (especially in developing countries such as India) require reform to match that of the US with respect to privacy and computer security.”

Don’t miss the brilliant longread: “My Summer at an Indian Call Center“

Needless to say, the outsourcing is bad news for an already hurting US call center industry, which has shed some 500,000 jobs during the past four years—about 10 percent of the total. The CWA hopes to reverse this trend by pushing the US Call Center and Consumer Protection Act, a bill that would make any company that outsources call center jobs ineligible for federal loans and grants.

In recent years, local governments in the deindustrializing Midwest have tried to boost their economies by luring call centers with generous tax breaks and economic incentives. T-Mobile, for instance, accepted more than $61 million in state and local recruitment subsidies to locate call center jobs here. But it recently announced it would close seven American call centers, putting around 2,000 people out of work—even as it continues to operate centers in the Philippines and Honduras. (The CWA called the company out in a recent report titled “Why Shipping Call Center Jobs Overseas Hurts Us Back Home.”)

In addition to the “frustrations” of dealing with customer-service workers halfway around the globe, “there is the bigger picture of how opaque the process is, and, as a result, some of the security questions that are raised,” says Larson of the CWA. “I think Americans deserve to know to whom they are speaking and to where their information is going.”