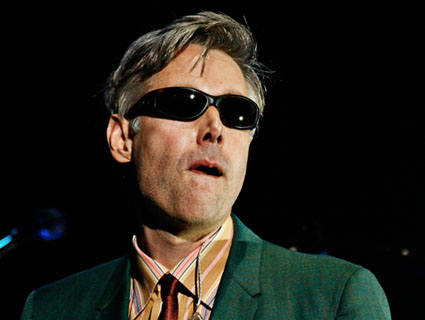 Adam Yauch of the Beastie Boys, known to most as MCA, died on Friday at the age of 47. The news was met with an outpouring of grief and respect from fans, writers, and musicians. The group began as Jewish white boys from New York City who rapped about girls and parties. Over the next 30 years the Beastie Boys grew up, made the seminal record “Paul’s Boutique” with the Dust Brothers, embraced politics—in particular the movement to free Tibet—and earned a place as one of the most influential acts in hip hop.

In 2009, Yauch announced that he’d been diagnosed with cancer. He played Bonnaroo with the Beastie Boys that year, in what would be his last concert.

Mother Jones: Do you have a favorite memory of MCA?

Alan Light: They did only a couple of shows when “Paul’s Boutique” came out, and I remember they did a show at the really crappy club in Chelsea called The Building. It was packed and sweaty and people were hanging from the pipes. They did an incredible show. They were still recovering from “Licensed to Ill,” trying to figure out life after, and “Paul’s Boutique” was so unappreciated. There was a clear purpose they had, even if the world hadn’t figured it out. That was the best show I saw them do—though I never saw them do a bad show.

The Bonnaroo show was their last performance, I guess. Which is strange to think about. And how great that was. They canceled Lollapalooza after that and other festivals. 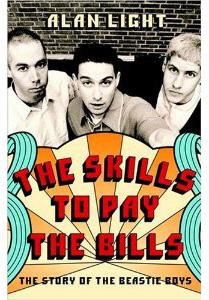 When I used to live downtown in New York, we lived near each other and I remember running into him on the sidewalk sometimes. With all of those guys, obviously, they changed and they evolved in so many ways. But who they really were and what they were about? That didn’t change. You’d still see them on the subway, on a bike, or skateboard, on the block. They could just move around freely themselves and still be those guys.

If you look at the way the band evolved and transformed and think about the unbelievably surprising ways they were able to transform from what they started as, nobody really embodied that more than Yauch. In the beginning, he was the most obnoxious, and then he became the conscience of the band and was one of the leading political activists of his musical generation. He changed more than any of them.

MJ: What was that about? Was it because he’d converted to Buddhism?

You never know what’s the cause and what’s the effect. I think that he went through a very concrete and step by step transformation. He got deep into his snowboarding and that side of his life, which took him to Nepal, which then led him to awareness of the Tibetan cause, which led him to the Buddhist way of thinking. And each of those happened a step at a time. It wasn’t a sudden enlightenment; he was very thrown by the “Licensed to Ill” experience and they were trying to find a way to live their lives after that. It wasn’t a weird phase, it genuinely was an evolution.

MJ: I’ve been sort of amazed at how touched so many people are. I feel surprised, even though I knew he had cancer.

AL: You get used to early deaths from rock stars—overdoses or plane crashes, sudden results of this crazy lifestyle. You don’t really think of them getting sick like other people do and not making it. It’s a different thing to respond to than Tupac or Michael Jackson.

We probably all should have paid more attention to him not going to the Hall of Fame. Obviously in retrospect that was a more significant sign that more was going on than most of us took it for. The last things that were reported were that he was improving, and he was able to finish the record.

MJ: When you think of MCA, as a musician, a rapper, what comes to mind now?

AL: The thing I keep thinking of  is “A Year and a Day” on “Paul’s Boutique.” In the middle of the medley there’s that solo that he does with the Isley Brothers sample.

That’s where it feels like he started to put out his spiritual thing, where he seeded where he was going. He actually was the best rhymer. He was the music bass line, but also the base of the group.

I always really liked him. He wasn’t the biggest talker of the three, but he was always the best interview. It was hard to get [Adam] Horowitz not to do schtick, but in the end the most interesting thing from when you would sit and talk to them came from Yauch. Whenever I wrote about them it would always surprise me it was quotes from him I was leaning on the hardest.