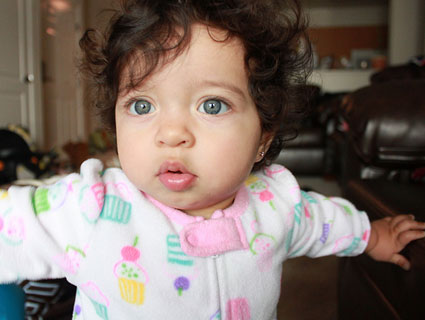 Kids' pajamas are one of the many household items that are often treated with flame retardants. <a href="http://www.flickr.com/photos/brendeezey/6433639853/sizes/z/in/photostream/" target="_blank">BrendaClara</a>/Flickr

Earlier this month, the Chicago Tribune published an eye-opening investigation of how the chemical industry, through a far-reaching disinformation campaign, has spent years undermining efforts to ban flame retardants. These chemicals have long been added to household items like furniture, clothes, toys, blankets, and TVs, but many have been linked to cancer, neurological and developmental problems, and other serious health risks.

The Tribune series sparked headlines across the country, as well as loud calls for greater scrutiny and regulation of the potentially hazardous chemicals. Now a study posted yesterday by Environmental Health Perspectives, a leading peer-reviewed journal, provides an effective reminder of just how widespread and tenacious the problem is. The researchers examined exposure to flame retardants commonly found in furniture and reported measurable levels in the blood of all 77 toddlers, in all samples of dust collected during home visits to their households, and on 98 percent of hand swipes taken from the children, all of whom were from North Carolina.

High levels of these chemicals—polybrominated diphenyl ethers, or PBDEs—have been found in earlier research. However, the type of PBDE examined in this study was one of two types phased out of use almost a decade ago, although they are still present in older products. Another common kind of PBDE is scheduled for voluntary withdrawal from the market starting next year. The researchers suggested that toddler exposure levels remained significant because the chemicals persist in household dust ingested by the kids.

The Tribune investigation revealed a wide-ranging effort by flame retardant makers to influence public debate by distorting the scientific record, supporting false testimony before lawmakers, and stoking the provocative charge that restricting the chemicals would disproportionately harm African-American and other minority communities, where death from house fires can be more common. But research from non-industry scientists suggests that flame retardants do not actually reduce the risk of such fires.

The study posted yesterday also found that African-American and Latino kids had twice the average exposure levels of white toddlers—suggesting that rather than saving the lives of minorities, as industry-sponsored advocates have maintained, the chemicals might cause them additional harm. However, the researchers themselves downplayed these results as impossible to disentangle from the impact of poverty, so they didn’t include them in their final analysis and conclusions.

In contrast, the Tribune yesterday highlighted the racial aspects of the new study. In doing so while failing to note the researchers’ own caveats, did the news organization over-interpret the significance of those particular findings? Perhaps—but given the terrific piece of investigative journalism that preceded Wednesday’s story, that’s a minor quibble.