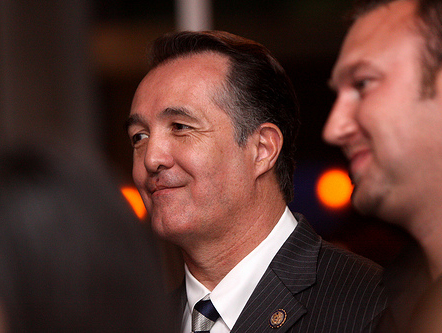 On Thursday, a bunch of white guys in the House tried to pass a bill to end sex discrimination—in the womb, at least. In yet another attempt to limit access to abortions, House Republicans brought the “Prenatal Nondiscrimination Act” (PRENDA) to a vote, touting it as civil rights legislation. But the measure failed to draw the two-thirds majority it needed to pass.

Republicans brought up PRENDA under a suspension of the rules, which limited the time for debating the bill and meant it required a much larger majority of votes to pass. The vote was 246-168 in favor, but the bill needed 276 yeas to pass. Twenty Democrats voted for the proposal; just seven Republicans opposed it.

If it had passed, PRENDA would have banned abortions based on gender. A previous version of it included banning abortions based on race, but that was removed. As my colleague Stephanie Mencimer reported last December, such a law would be difficult, if not impossible, to enforce and likely unconstitutional. Under the law, medical professionals would be required to report “suspected” discriminatory abortions or face possible criminal charges. The legislation would also allow a woman’s partner or parents to sue an abortion provider if they suspect she got an abortion because of the fetus’s gender.

Any woman seeking an abortion would be a suspect if the fetus is female—or in other words, all women seeking an abortion are suspects. And under the orginal version of the bill, doctors would have been required to racially profile any woman of color, since they’re most definitely carrying a fetus of color and are therefore a suspect. PRENDA would basically amount to trying to enforce a thought-crime, as medical professionals would be expected to somehow determine (maybe with mind-reading?) whether the woman’s motivation for getting an abortion was the gender or race of the fetus before they perform the abortion that she has requested.

The bill was pretty transparently an attempt to make it harder for all women to get any abortion, period. The lawmakers behind it haven’t been particularly interested in women or people of color after they exit the womb in the past, opposing measures to require equal pay for women and to renew the Voting Rights Act, and most recently gutting the Violence Against Women Act. And the bill’s sponsor, Rep. Trent Franks (R-Ariz.) is also behind other congressional attempts to outlaw abortion, including the bill to ban abortions after 20 weeks in Washington, DC.

That is why PRENDA had many reproductive rights groups seeing red. “We oppose sex selection abortion,” said Planned Parenthood President Cecile Richards in a statement. “But this bill does nothing to advance protections against discrimination and instead will have the result of further shaming and stigmatizing women.” The National Women’s Law Center and Physicians for Reproductive Choice and Health also released statements condemning the proposed law.