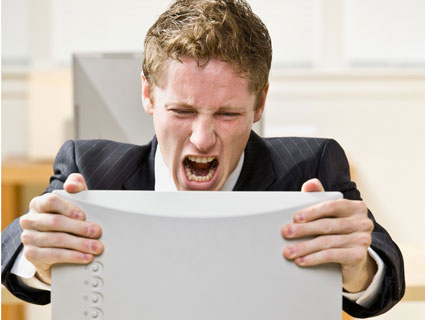 On Thursday morning, the Supreme Court ruled 5 to 4 that the Affordable Care Act, popularly known as Obamacare, is constitutional. Chief Justice John Roberts, whom President Barack Obama voted against confirming to the court when he served in the Senate, was the decisive vote upholding Obama’s signature legislative accomplishment. The other conservatives on the court—including Anthony Kennedy, long considered a swing vote—would have struck down the entire law. Here are some of the highlights (and lowlights) of the right’s response to the big ruling:

I’m disappointed #SCOTUS thinks gov’t knows better than people. I won’t stop fighting #Obamacare until is full repeal. RT if you’re with me.

Today’s decision is a blow to our freedoms.

Now that we know #Obamacare is indeed a #jobkilling #Tax we should move to #RepealObamacare as soon as possible. #letsvote #tcot #sayfie

My statement on #ObamaCare ruling: We will redouble our efforts to repeal this job-killing… fb.me/AZ4xZYm9

What about this guy?

SC declares that Congress and the Prez can force upon the American people anything they want and call it a tax buff.ly/QrZ29W

This Breitbart.com guy compares the Obamacare ruling to the Dred Scott decision. No exaggeration!:

This is the greatest destruction of individual liberty since Dred Scott. This is the end of America as we know it. No exaggeration.

Another along the same lines:

This lady launched the whole “Ground Zero mosque” controversy a few years ago (also this):

Obama yappin’ again-why aren’t there any American flags in the frame? Typical The flag to Obama is like the siver cross to Dracula #obamatax

Joshua Treviño, VP for communications at the conservative Texas Public Policy Foundation*, initially thought the Obamacare individual mandate had been struck down:

Best thing that could have happened for media, republicans. Super UGLY election coming. Everyone vs. everyone.Mine vs yours. Freedom vs..

Tea Party Patriots Will Not Rest until Obamacare is Fully Repealed

“The Supreme Court ruled against the American people today,” said Jenny Beth Martin, Co-Founder and National Coordinator of Tea Party Patriots. “The American people overwhelming oppose Obamacare. Now more than ever it is time for the American people to band together and take our government back. Americans agree with what Justice Kennedy said in the dissenting opinion that ‘the entire Act before us is invalid in its entirety.’ We are putting all politicians on notice that we will not rest until this law is overturned it’s in entirety.

“Mr. Romney, Mr. Boehner: the American people are putting you on notice. You both promised to fully repeal Obamacare. We will hold you to your promises.

“We will vote out any politician who does not commit, in writing, to respect the will of the American people and fully repeal Obamacare.”

And from the left:

Can’t wait to sit on a death panel!

*Correction: An earlier version of this post misidentified Joshua Treviño and the TPPF. The text has been corrected.