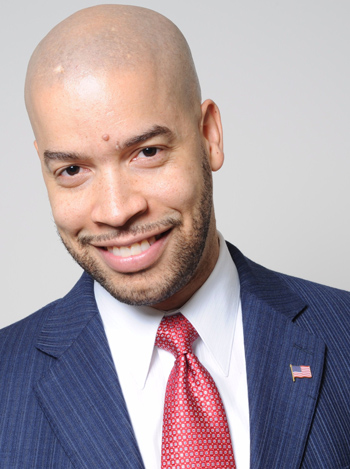 “Love matters” is not the likeliest of campaign slogans in an acrimony-filled election season, but there it is in bold print on Jason Howell’s website along with some areas—diplomacy, national security—that the 37-year-old congressional candidate feels could benefit from a bit more tenderness. At a time of hyper-partisanship and congressional deadlock, Howell, a political neophyte running as an independent against 11-term incumbent Rep. Jim Moran (D-Va.), is talking about linking arms—metaphorically, literally, maybe both—with politicians across the political divide and setting aside ideological differences for the good of the country. His chances of knocking off Moran? Not so good. Then again, love can do powerful things.

The son of Caribbean immigrants, Howell was literally born just as Richard Nixon was resigning. He says he learned that “discretionary income matters” at age 14, when he got his first job at Toys R Us, whose paychecks he split with his parents. After getting an accounting degree, he went to work doing the taxes and bookkeeping of local musicians, among other clients. But he says he was shocked by the debt crisis last summer, during which Standard & Poors downgraded the US debt rating based mostly on the broken political system, and eventually decided that he should do something about it, but not in the same way as the tea partiers who’ve jumped into politics in response to national debt issues. Howell, for instance, thinks the Bush tax cuts ought to expire, a position that would not endear him to many conservatives. But he’s trying to defy traditional political labels. “I would be just as embarrassed to run as a Republican as I would as a Democrat,” he told me when we met last week, at his request, at a DC coffee shop.

With a million-watt smile, Howell radiates quite a bit of charm for an accountant, which no doubt helps him as he’s been standing out in front of supermarkets and knocking on doors with the help of about “59 of my friends” to run his all-volunteer campaign against the establishment.

Running as an independent is probably a wise, if also futile, decision. Virginia’s 8th is dark blue, one of the state’s most Democratic strongholds. At the same time, though, the current incumbent, Moran, should have been vulnerable to a coup long ago, given the significant baggage he’s brought to the post. He’s been dogged by a host of conflict of interest allegations and embarrassing episodes in which he may or may not have gotten into fist fights or physical altercations with various people, including former California Congressman Randy “Duke” Cunningham (whom Moran “sucker punched” on the House floor, according to Cunningham) and an 8-year-old boy Moran claimed was trying to steal his car.

But it’s a sign of how weak the Republican Party is in his district that Moran has been able to hold on.* He was reelected with more than 60 percent of the vote in 2010, and while he’s got a Democratic challenger in the June 12 primary, he’s likely to prevail again. Howell isn’t likely to knock him off either, with his four-figure campaign war chest. But he’s going to try anyway, because, “In 21 years I’m certain [Moran’s] done some good. But I look at this particular statesman who got into office before there was Internet and cell phones. He may not be equipped for the kind of economy we have now.”

Howell is considerably younger than Moran, and may appeal to younger voters. But he’s not going to score any points with the seniors in the district with his proposals to invest Social Security money in more “aggressive investment funds” as a way of getting a better return on the Social Security trust fund. When I pressed him to identify a single investment vehicle that’s consistently produced stable returns higher than 3 percent over the past 20 years, he really couldn’t come up with any. He also didn’t have any idea how such a plan would be administered or whether people really wanted at this point to put their Social Security funds with the likes of JP Morgan. T-bills are looking pretty good these days.

What Howell is really hoping to do if elected is find small laws that could do a lot and push those to make change in the short run. One of his examples is decoupling cost-of-living increases in federal benefits from the Consumer Price Index, which many people think is artificially high. It’s a deficit-reduction measure embraced by many a bipartisan debt commission, but the reason it hasn’t already been done is that it’s hardly a “small” change, given that it would likely result in significant benefit reductions over the long haul and also provoke a major political fight in the process. That’s ok, though, because Howell is all about building relationships, and hopes that if he’s elected, he could do that with other members of Congress to heal the broken political system. Even politicians like House Minority Whip Eric Cantor (R-Va.), who is, according to some polls, one of the most hated politicians in Virginia.

“If we could set the example for the rest of the country by having our 11 congressmen actually shake hands and say that we have our differences, but we agree that Virginia’s important and we agree that the country’s important. Then, what will that do for North Carolina? What will that do for New York and all of the states? They can all saym ‘They’re looking pretty good in Virginia. Look: Eric Cantor is holding hands with Jason Howell who’s an independent, who’s holding hands with [Rep.] Gerry Connelly, who’s a Democrat, who’s holding hands with Frank Wolf, who’s a 30-year Republican incumbent’… Like, that’s amazing! We can create relationships. We’re just people.”

*It should be noted that despite Moran’s past controversies, he likely has a lock on this House seat partly because he has been a vigorous public defender of President Obama and his policies—on Capitol Hill and in the media—and the president remains popular in heavily-Democratic northern Virginia.