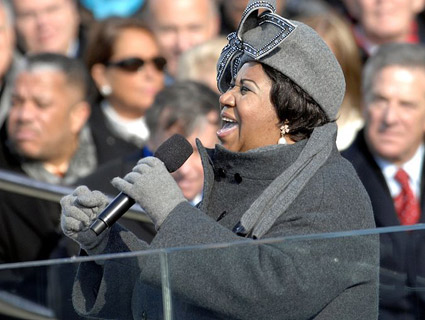 As of Saturday, Title IX, the anti-discrimination law that isn’t just about sports, is officially over the hill. Over the past 40 years, women have surpassed men in college degrees. Women’s participation in college athletics (check out these cool charts) has more than septupled (!); world-class boxers like Marlen Esparza, Claressa Shields, and Queen Underwood (check out these great photos) will be competing for Olympic gold this summer; and boob bounce has sharply diminished thanks to two women runners and a pair of jimmied-up jockstraps. Sure, disparities of all stripes still exist—here’s the most recent Sports Illustrated with a woman on the cover—but no one ever said equal opportunity would be easy.

To celebrate four decades of government-mandated gender equality in schools and yes, federally funded sports—no matter what the asshats on TV say about women’s athletics—we put together this roundup of eviscerating “grrl” power anthems, hair-whippin’ dance jams, and breathless ballads. So this one’s for you, girls. Whether you’re a diva, rebel girl, or teenage whore, bossy, nasty, or just wannabe, shake yer dix, put a ring on it, and call me…maybe?

1. Ani DiFranco, “Not A Pretty Girl”: You could easily fill this entire playlist with Ani DiFranco’s fiercely feminist folk-punk, but for the sake of diversity, I singled out this tune for its first stanza alone: “I am not a pretty girl/that is not what I do/I ain’t no damsel in distress/and I don’t need to be rescued/so put me down punk/maybe you’d prefer a maiden fair/isn’t there a kitten stuck up a tree somewhere.” (And then there’s songs like “Swan Dive“: “I’m going to do my best swan dive/in the shark-infested waters/I’m gonna pull out my tampon/and start splashing around.” Poetic, no?

2. Britney Spears, “Stronger”: Haters gonna hate, but Britney’s back, bitch—on The X Factor, too!—stronger than ever. As a child of the ’90s, she’ll always be my Princess of Pop. Plus, she brought plaid out of fashion obscurity, so hipsters can suck it.

3. TLC, “No Scrubs”: When confronted with a leering, bewhiskered man-child champing at the bit, is anything, ladies, more self-satisfying than an acerbic, well-formed diss? Yeah, that would be “No.”

4. Helen Reddy, “I Am Woman”: The Australian pop singer’s 1970s chart-topper brought the women’s movement to the air waves. For the first time, notes History.com, American girls had “[a] song about female identity that made virtually no reference to men.”

7. Lady Soul, “If My Sister’s In Trouble”: Because slut-shaming, body-snarking, and all other forms of girl-on-girl hate suck, and no song better embraces the sisterhood ideology than this hit from the Sister Act soundtrack. Also, the nuns need our support more than ever right now. Sister solidarity FTW!

8. Diane Keaton, Bette Midler, Goldie Hawn, “You Don’t Own Me”: Before Carrie, Miranda, Charlotte, and Samantha commandeered Manhattan and all things pop culture in their coup, the ladies of The First Wives Club were the defining clique of the decade. Originally written for and performed by ’60s pop star Lesley Gore, this spirited take on “You Don’t Own Me” celebrates female emancipation in ’90s smart-casual with a touch of vindictive sass.

9. Bikini Kill, “Rebel Girl”: Led by artist-activist-radical-feminist-extraordinaire Kathleen Hanna, Bikini Kill became synonymous with the Riot Grrrl political and cultural womyn’s movement of the ’90s. Much like the punk-rock feminist phenomenon Bikini Kill inspired, “Rebel Girl” is raw, gritty, and powerful with a DIY feel and ass-kicking message. Listen to the lyrics; taste the revolution.

10. Aretha Franklin, “Respect”: Any musical tribute to Title IX would be remiss to exclude the Queen of Soul’s classic declaration of female confidence and pride. Preach, woman, preach.

Tell us your own favorites in the comments section. And click here for more music features from Mother Jones.