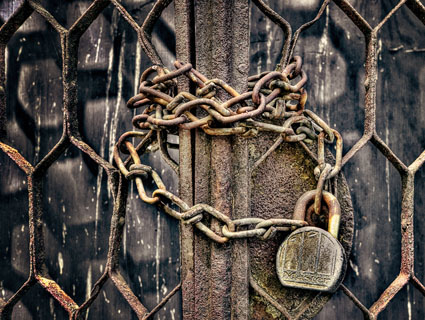 UPDATE 6/15/2012, 5pm EST: Women’s health groups scored an unexpected victory today: Contrary to expectations, the Virginia Board of Health voted 7-4 to grandfather in abortion clinics, meaning that already existing providers will be allowed to continue operating under the old regulations, and will be exempt from having to meet the standards of the new bill. For more information, see the Twitter stream of the Virginia Coalition to Protect Women’s Health, which has been providing live updates from the meeting.

As many as 20 of Virginia’s 22 abortion clinics face closure if, as expected, the Virginia Board of Health votes today to make a series of medically unnecessary restrictions on abortion clinics—currently in effect as “emergency” regulations—into permanent law. As Mother Jones’ Kate Sheppard reported last year, the rules require facilities performing more than five first-trimester abortions per month to meet conditions usually imposed on full-fledged hospitals, like installing 5-foot wide public hallways and making sure that the number of beds equal the number of parking spots.  These measures were put in place last February, passed as an amendment to a bill unrelated to reproductive rights.

Today, they will likely become permanent.

“If passed as written, these will be the most restrictive state abortion regulations in the country,” said Tarina Keene, Director of the Virginia Coalition to Protect Women’s Health.

The measures go against the recommendations of an advisory board of six doctors and medical experts who were asked to advise Virginia’s Department of Health during the drafting process last year. The advisors sent their recommendations to the Attorney General’s office. When their draft came back, it had been drastically altered.

“The final draft permanent regulations from the Attorney General do not represent the opinions of doctors and the medical community,” said Dr. James Ferguson, one of the advisory board members. In a press call on Thursday, he argued that the regulations had been medically unnecessary and, in certain parts, medically unsound. For example, first-trimester abortion is an outpatient procedure, so, Ferguson said, it makes little sense to make clinics provide beds and parking spaces. He noted that the rules fail to recognize that in Virginia second-trimester abortions are already performed in hospitals.

“When talking about medical care, we need to try to think in terms of evidence and safety,” Ferguson said. “This idea got lost in the legislation and lost in the AG’s office.”

He added, “I, personally, asked for my name to be taken off it. People would think I was stupid.”

Directors of Virginia’s abortion clinics are struggling to understand how to comply with the new rules. Twenty of the state’s clinics do not meet the proposed regulations. Rosemary Codding, the director of Falls Church Health Care in Northern Virginia (which has been operating under a temporary license), explained that if the bill passes her clinic will be expected to comply with the new rules by July 1.

“Even if a clinic gets a two-year license under the new regulations, there are still all of these financial hurdles,” Keene explained. “They’re in a situation where they’re asking to borrow millions while already being a political target.”

The required renovations are likely to be extremely expensive. The Department of Health projects that even moderate renovations could cost a clinic $650,000; major renovations would likely be $2.6 million. Patients could see an additional $250 charge for their procedures, a 71 percent increase over current costs. And the clinics that might have to shut down don’t just provide abortions: some also treat cervical cancer, provide STD testing, and perform other procedures like vascectomies and liposuction.

The vote is just the latest example of an increasingly prominent anti-abortion tactic that abortion-rights advocates call TRAP (Targeted Regulations on Abortion Providers) that seeks to ensnare clinics with burdensome operating requirements. Earlier this year, Virginia passed a law requiring mandatory pre-abortion ultrasounds. Legislators in seven other states followed suit and proposed similar laws. Across the country, some lawmakers can’t seem to stop themselves from making it as difficult as possible for women to have access to reproductive health care. And as Virginia shows, its increasingly popular to do so under the guise of boosting patient safety.