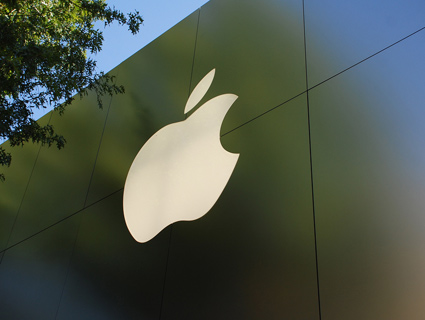 Troubling new findings from a labor watchdog group are casting doubt on Apple’s highly publicized promise to improve working conditions in its overseas factories. Using a combination of surveys, onsite visits, undercover investigations, and face-to-face interviews, China Labor Watch evaluated 10 factories on Apple’s supply chain. (The investigation was not limited to factories run by Foxconn, Apple’s largest supplier, which came under media scrutiny after a series of worker suicides but whose factories, as the Fair Labor Association previously noted, “are way, way above average.”) CLW’s results hone in on an issue that prior media coverage and a much-hyped FLA report on Foxconn hadn’t touched upon: the fact that dispatch labor workers, who don’t appear on Apple’s books, make up a significant percentage of Apple’s factory workers.

Dispatch laborers are hired through third-party companies (like temping agencies in the United States) and have no formal agreement with a factory. Factories use dispatch labor because it is enormously profitable: It lets them get away with no severance pay, no responsibility for occupational hazards or work-related injury, no collective bargaining, and no limit on overtime. It’s the same ruthless exploitation of unregulated laborers that our Andy Kroll found in subcontracted “shadow factories” in China, and a massive loophole in Apple’s pledge to protect worker’s rights in its factories.

Take that number with a grain of salt, though. CLW admits that it doesn’t have the access or the data to do a thorough investigation, and critics will be quick to point out the flaws in CLW’s statistics; in factories that employ tens of thousands of laborers, the highest number of surveys returned was 94. In most cases, CLW was prevented from collecting data and conducting interviews. In Shanghai, 150 surveys were seized by local police, who arrested CLW investigators and bought them bus tickets out of the province.

In a telephone interview with Mother Jones, Li Quang, the organization’s executive director, explained that although his team had been blocked from gathering accurate survey data, it had corroborated the information from surveys during follow-up interviews with workers, with the intention of forming a general picture of the situation in each factory it investigated. “It may not be exact,” Quang told me through a translator. “It is approximate. The numbers come from the survey, and follow-up questions with workers that confirm approximate numbers.” Not ideal, but at least he’s transparent—which is refreshing, considering monologuist Mike Daisey‘s failure to come clean about his own guesswork in his show on working conditions at Foxconn.

In the midst of a renewed media frenzy over Apple factories earlier this year (fueled by This American Life‘s redaction of Daisey’s show and a mass suicide protest at a Foxconn factory), Apple permitted auditors from the Fair Labor Association (a nonprofit that partners with companies to get them to uphold international trade and labor laws) to conduct an evaluation. The FLA was permitted into three Foxconn factories, and Apple pledged to address the issues that FLA raised. (Apple had become one of the FLA’s Participating Companies on January 29.) Andy Kroll reported on the investigation at the time, voicing doubt that it could be wholly unbiased:

The FLA, after all, has its own set of critics, who point out that the group is funded by the same companies—Apple, Adidas, and Nike—whose factories the group claims to be independently inspecting. The group also counts 200-plus universities as partners. Times labor reporter Steven Greenhouse quotes labor rights experts who call the FLA “largely a fig leaf” and hardly independent from the companies they’re inspecting. FLA chief Jorge Perez-Lopez told Greenhouse the FLA’s work isn’t swayed by its funders.

That report was released on March 29. It found 50 violations of Chinese law and FLA standards of conduct, and outlined concerns that included exploitative working hours and factory safety. The report concluded with a statement that this was “the first of an ongoing series of FLA investigations and assessments into Apple’s supply chain” and that the organization would “report periodically on the progress of Foxconn and Apple in taking steps to meet FLA’s remedial recommendations.”

But if even a fraction of the new CLW report is accurate, Apple has a massive accountability issue on its hands—and independent auditors, as well as the media, need to start looking beyond Foxconn, at the links in Apple’s supply chain that are not yet under scrutiny. Since factories tend to tap unregulated labor when they can’t keep up with the demands of the supply chain, there are plenty of financial incentives for Apple to ignore the problem completely. But there are also incentives for Apple to clean up its act, as consumers increasingly use their dollars to demand that companies stay socially responsible. (Meanwhile, earlier this month, San Francisco banned its 50 government departments from purchasing Apple products, after the company withdrew from a green-certification program.) The test of Apple’s actual commitment to workers will be how it responds to findings like CLW’s—though, as the report notes, it seems unlikely that the company is in the dark about this:

Since Apple’s audits are conducted with a much larger budget than our investigations, we are confident that Apple is already well-aware of the problems that we address in this report. The real question remains whether or not they are willing to take the necessary actions to create changes. If Apple took significant steps that showed they are willing to work on projects to improve factory conditions, to share costs and responsibilities with factories, and to work with other brands to create industry-wide standards, this would be more helpful than their historical approach of promising change until attention turns elsewhere.